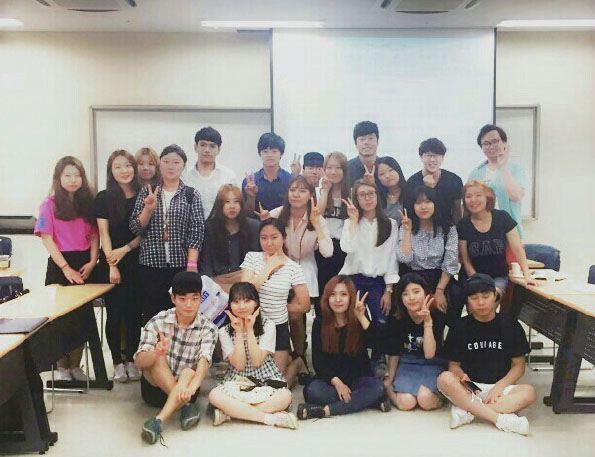 Nowadays, Russia's importance to Korea is gradually growing more and more than in the past. So our exchanges with Russia, both overseas and domestic, are also gradually growing, and the number of people interested in Russia is also increasing. There are a lot of exchanges in terms of nation to nation. Likewise there are rising numbers of tiny, but important exchanges in our real life. Also, in terms of universities, various activities take place. This article will introduce you one of the examples of the exchanges. Do you know that there is a Russia-related organization in Kookmin University which is linked with other universities? Do you know about the URRA organization? This article will introduce you to the URRA organization, and this article is based on the interview with URRA members.

This organization holds a variety of events like sports day, festival, and busking. On the sports day, 'URRA CUP' is aimed at promoting friendship among students in the organization. The festival, 'URRA FESTIVAL' is aimed at increasing the knowledge of Russia-related subjects. The festival consists of the primary preliminary, and the secondary final. The preliminary was done by papers. The recent preliminary result was revealed on Aug. 26. The final is expected to be held on Sept. 12. It has no entry fee, but it has prize money.
In addition, the busking, a street music performance, has a special objective. The organization raises funds through this busking, and sends Korean education textbooks to a school, located in Vladivostok, Russia, which has been matched with the URRA organization.

These events produced many fruits, but there were also some difficulties. Since this organization was recently established this year, it has been very hard and difficult to gather these members interested in area. Even after gathering the members, it has been difficult for these members to be noticed formally by others. There were many difficulties externally and internally. Internally, strengthening the solidarity among members and deciding on the organization's direction were difficult problems.

On the other hand, the problems of financial support and public relations are external problems. For instance, the URRA FESTIVAL which is scheduled to be held on Sept. 12 is suffering from the problem of public relations, financial support, as well as planning it. So, many members of the URRA are struggling with these problems. These problems are very hard to solve because holding such a big official event is new to this organization.

When asked to give a few words to the students who are interested in Russia, they gave us the following message. "Russia can be a little bit unfamiliar country to many people. But those who have even a little interest know that Russia and Korea have a lot of national exchanges from many fields than you have thought. Even Russia itself is arcane and gorgeous country and it has many things for us to learn, both politically and economically. Culturally, Russia has its own inherent individuality and so if you have an interest in this country afresh, you can’t help thinking about Russia as very lovely and unique country."

Finally, they also mentioned that members themselves learned a lot of things from participating in the URRA from various activities. In describing their thoughts and wishes for the URRA, they said, "Even though we encountered Russia for the first time when we entered an university, it brought about plenty of attentions than we have imagined. That's why we established the URRA organization together with other friends who have a huge interest in Russia. Even if there are still so many shortages for operating this organization, we hope students, whether they belong to Russia-related academic subjects or don't, have more interest in this amazing country, Russia. If you want more information about the URRA, then you can search us on SNS(Facebook), and visit our SNS homepage. Giving our thanks for interviewing us, we hope more support and attention for this organization. Thank you."