KPA, the genuine Korean beer that was brewed with the dreams and passion of two young men, hit the U,K.! 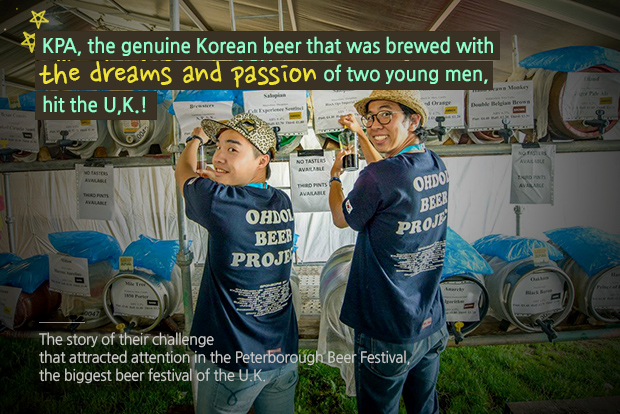 People say that dreams are just a dream. When thinking of entrance examination, employment, family circumstances, marriage, and child-rearing, the wall of reality is too high for us to dream of something fancy. However, there are passionate young men who eventually realized their dreams by actually challenging to make their dreams come true without merely thinking of their passion inside the heart. Driven by their love for beer, two young men flew to the U.K. from Korea. Although they left for the U.K. only with passion, they participated in the Peterborough Beer Festival, the biggest beer festival of the U.K., by making the representative beer of Korea and received words of praise from the world. The special story that was brewed with dreams and passion of these two young men starts now. 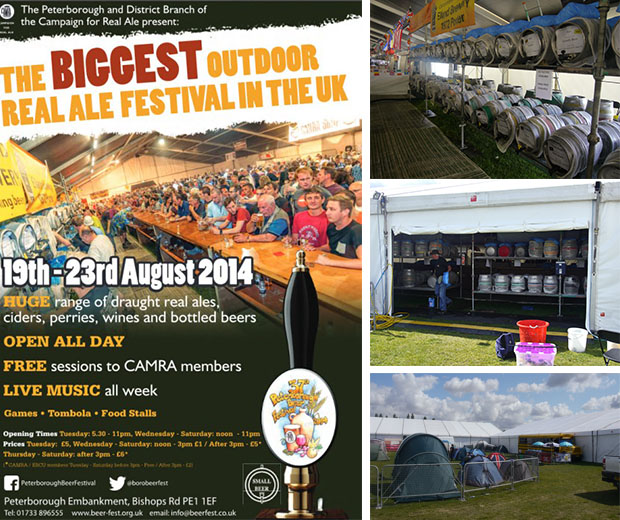 The Peterborough Beer Festival, the biggest beer festival of the U.K., was held from August 19th to 23rd in 2014. In this event that prides the longest tradition and largest scale, special visitors joined this year. These two visitors are Ho-jung Choi from the School of Computer Science in Kookmin University (College of Electrical Engineering and Computer Science - class of 2008) and Do-gyeing Oh (Department of Construction Engineering in Dongguk University - class of 2008). The two students were the only Korean representatives to participate in the festival. With its unique ginseng flavor and aroma, the Korean beer KPA (Korea Pale Ale) brewed by these students satisfied the taste of the British who were known for their picky taste when it comes to beer. During the festival, it was popular among many foreign beer lovers and was reported as the headline of a local newspaper. In order to know how such unique challenge was attempted, we interviewed Ho-jung Choi. 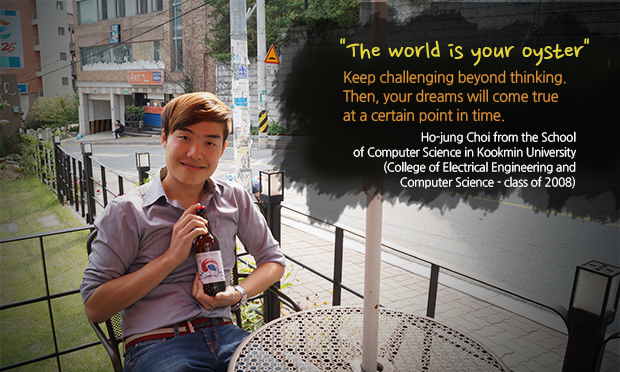 Q. Why did you think of participating in the beer festival in the U.K. and how did you start your challenge?
Frist, I really like beer and the same is true for my friend. We like beer so much that we often make beer at home. But in Korea, there are less kinds of beer compared to the U.S. and Europe. So I started thinking, ‘I want to have a chance to know more about beer and directly make beer myself.’ However, I kept putting off such plan day after day due to the obstacles of reality such as the preparation for TOEIC and credit management. Then one day, I thought, ‘I won’t be able to do what I want if I keep putting things off.’ I felt that there were more things I gave up and less things I could do as I grow old. So I decided to carry out the plan with my friend.

Actually, the ultimate goal of our participation in the beer festival was to ‘make the memories of our youth.’ Not so long ago, the travelogue called ‘Lazy Hitchhikers' Tour De Europe’ made by university students became news. Like that, we wanted to record the challenge of two beer-loving young men in a documentary film, from getting grants from the U.K. to brewing beer that could inform the world about Korea through our participation in the festival. 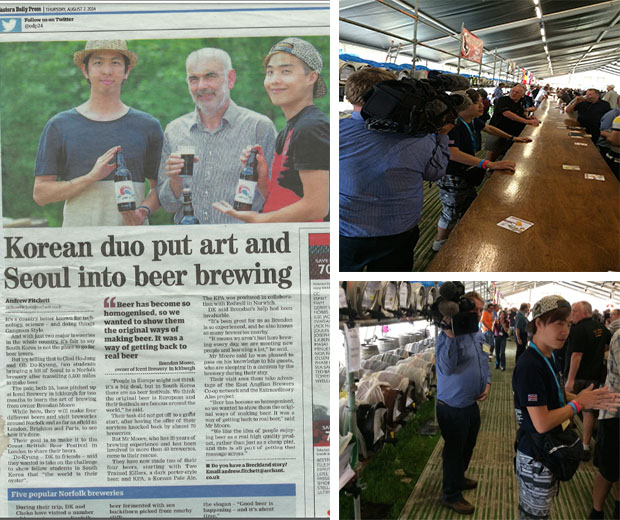 ▲ The article on the two young men reported in the Eastern Daily Press, a local newspaper in East England (left) and look of them at the interview (right)

Q. You said you really like beer. But, it is still hard to think that ordinary university students were accepted to participate in the biggest beer festival in the U.K. since it was an event for professional brewery businesses. How were you able to participate?
No matter how much we loved beer, we were lacking in the knowledge related to beer production. So right before participating in the festival, we visited famous British breweries and studied how to brew the signature beer of Korea in a more flavorful way. After thorough preparation for quite some time, we kept exerting efforts to present respectable beer to the festival. We applied to participate in various festivals in the U.K. but our applications were rejected as ‘it was too late to participate.’ However, just like a miracle, the Peterborough Beer Festival, the biggest beer festival of the U.K., accepted our participation. They accepted us, Korean university students, to prepare the representative beer of Korea and it drew interest from the host of the festival.

Q. There are many countries besides the U.K. that are famous for beer. Why did you choose to participate in the beer festival in the U.K.?
When we first planned this project, we thought of other countries besides the U.K. since there are many beer-famous countries like Germany and Japan. However, the U.K. is the country where craft beer, a small-scale beer brewery, was developed the most. Also, our purpose was to produce beer that could represent Korean although it was on a small scale; thus, we thought that the U.K was the country that is best suited for the purpose of this project. 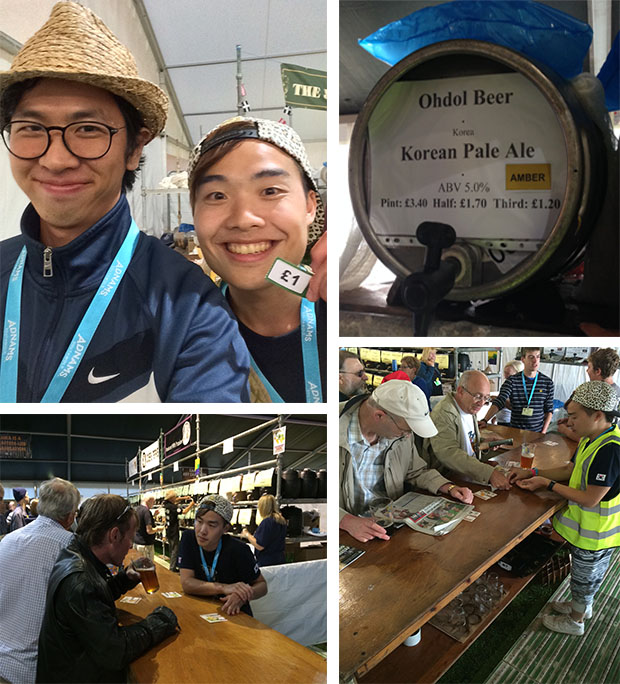 Q. There must be many obstacles for mere university students to participate in a big overseas festival. How were you able to overcome such obstacles and difficulties?
There were many difficulties. From the fund need to go to the U.K., it was not clear how two ordinary university students can brew beer after arriving in the U.K. if we were accepted to participate in the beer festival. Nonetheless, we started but of course, fund was the biggest problem. Actually, we requested support from a famous beer brand in Korea but we were refused (laughed). So we searched for ways to collect fund and through an online means called ‘Cloud Funding,’ we were able to receive some financial support.

When an individual or group with a special purpose appeals to people and tells them why support should be given, anonymous individuals who support the idea donate and fund is raised. Such funding system is ‘Cloud Funding.’ We passionately appealed why we wanted to participate in the beer festival and what documentary we wanted to make by participating in the festival. As a result, we were able to receive support beyond our expectation. Some small-scale craft beer companies in Korea also supported. Although the budget for airfare and cost of stay were not satisfied, it was possible to secure material and production cost required for beer brewery. So we left for the U.K. 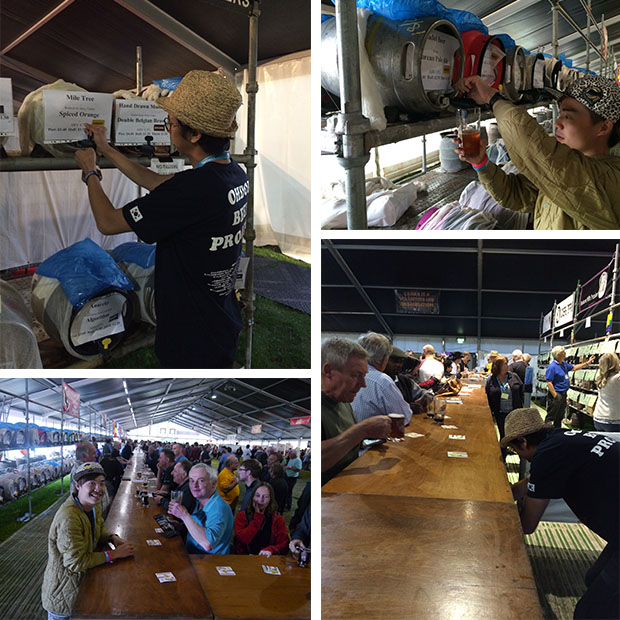 ▲ They provided beer to the visitors who wanted to taste KPA.

Although we solved the financial problem, the biggest issue was ‘how we could brew beer.’ No matter how desperate we wanted to brew beer, it was impossible to participate in the festival without support from an official beer manufacturing facility. So we emailed all breweries in the U.K. as ‘We are Korean university students and want to brew beer that can represent Korea. If your brewery brews our beer, we will provide labor accordingly.’ Among many breweries, only 1 place ‘Iceni Brewery’ contacted us. It was like a miracle. After many complications, we were able to leave for the U.K. 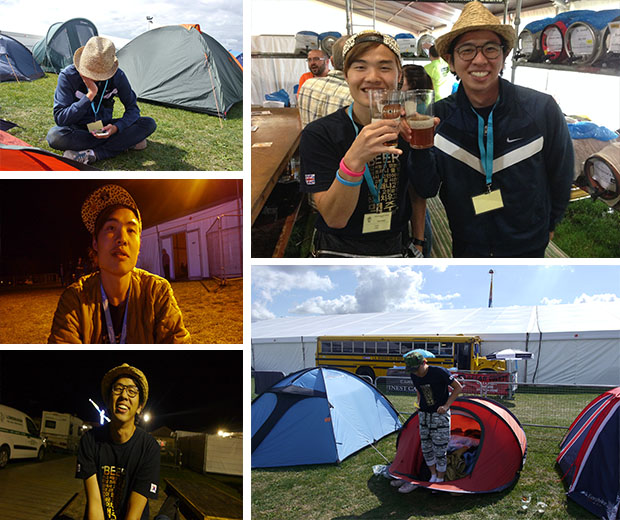 ▲ Images of the documentary they recorded during the festival period

Q. The special beer that attracted the palate of the British in the Peterborough Ale Festival! Let us know about ‘KPA,’ the special Korean beer! What is the meaning of KPA and how is the taste?
KPA was derived with an idea from the name ‘IPA (Indian Pale Ale).’ When the U.K. colonized India, the beer brewed in the U.K. went bad while transferring it to India. In order to prevent such phenomena, hop that is one of ingredients used for beer brewing was included a lot. As a result, beer with very strong ‘hop’ flavor was born and it is Indian Pale Ale, in other words, IPA. From this, we named KPA (Korea Pale Ale) in reflection of the beer brought to the U.K. by Koreans. On top of it, we subtitled the beer as ‘Odhol Beer’ after the nickname of my friend (Do-gyeong Oh). It does not have special meaning (laughed).

When it came to deciding beer taste, we went through many trials and errors. We contemplated on ‘what taste would satisfy the palate of the world.’ However, KPA represented Korea and it should be the beer that informed about Korea so after a lot of thinking, we decided to put ‘ginseng.’ After brewing, we thought that foreigners would not like the ginseng flavor but in the festival, the people who tasted the beer complimented the beer taste as it was really good. We felt really great about it and were happy to receive good reviews as our beer represented Korea. 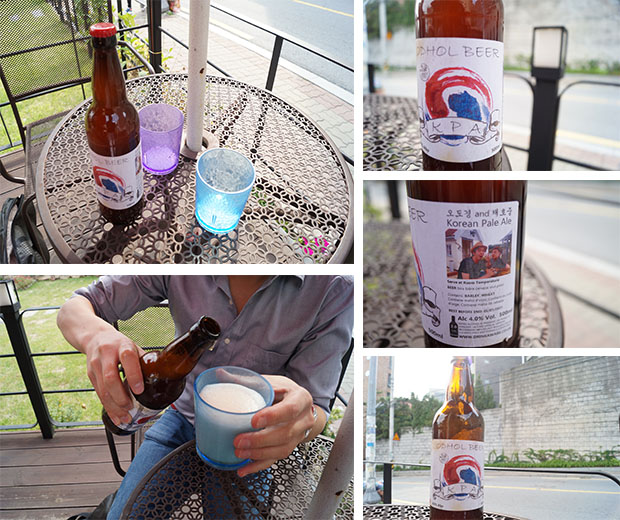 ▲ I tasted the Korean beer KPA and to be honest, its taste was the best of the best.

Q. There are more people who give up doing what they want to do as they face challenges in reality. Is there any comment you’d like to share with other young men who are still afraid of making a step towards their dreams?
‘The World Is Your Oyster. It means ‘we have to directly dig the ground whether the thing inside the ground is a pearl.’ It was the motto we kept in mind when the two of us started the project. People know what they want to do but there are many people who give up what they want to do mainly because of fear and problems in reality. We were once like them. But we left for the U.K. with the mind to ‘Face the reality as we cannot do anything without moving.’ Eventually, we were able to have valuable experience that may not come in our lives. The experience we had will serve as a great driving force whenever we face challenges in the future, just like when we faced tough times in the U.K. If you stay behind because of the inexperienced fear of the future due to real issue, I advise you to be more courageous. The experience at the moment will be the most precious treasure in your life. 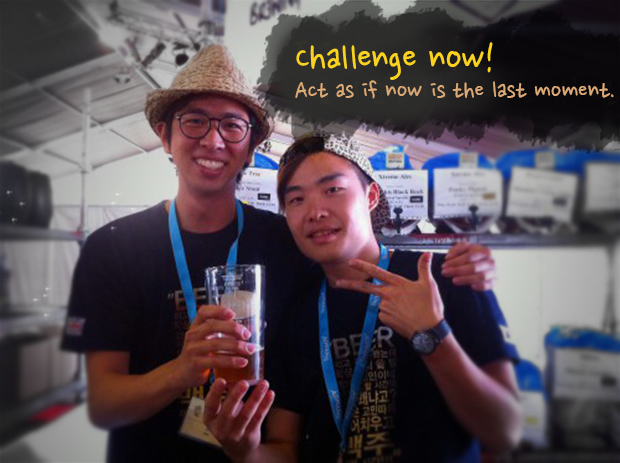 Everyone says that the world is too cold-hearted and the wall of reality is too high to conquer. But these two young men who flew to the U.K. only because of their love of beer say. ‘Don’t only think but challenge.’ When we live our lives, there are some things we ‘truly want to do’ or ‘what we really dream of’ inside our heart. The important thing is when, where, and how to realize the dreams. If we don’t act because we are young or old, don’t have money, and think that it is not the right time, it will still be hard later on and eventually, such dreams will be easily given up. The only way to realize our dreams is to ‘just challenge.’ They say to those who are fearful of the unknown experience of the future. ‘World Is Your Oyster'.

There are two young men who realized their dreams without merely dreaming. From their footprints, we will see the way towards becoming active challengers, not just dreamers.

* For further information on their journey in the U.K., visit the website below.