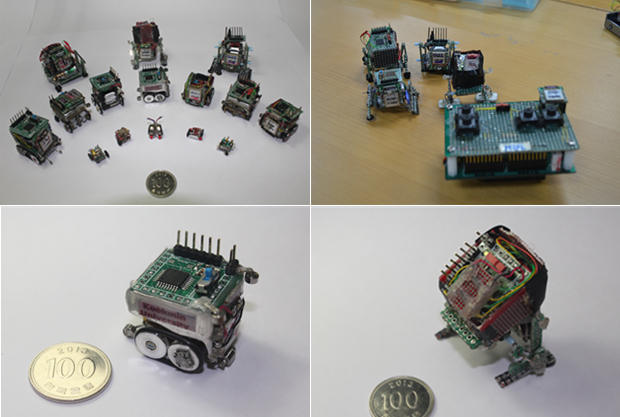 The International Micro Robot Maze Contest that was held with 13 participating teams from 6 countries (Korea, the U.S., Taiwan, Japan, Thailand, and Indonesia) is a renowned global event that has been held every year for 20 years since 1992 by the Nagoya University, Japan. The participating teams were up against each other to show their competence from 6 categories.

The purpose of this event is to arouse interest and contribute to technical innovation among young engineers for micro machine and micro mechatronics while sharing and developing the ideas on science technology through the participation of various countries.

The participating team of Kookmin University took the 3rd rank in ‘Category 2b' that decided ranks based on the runtime of a robot with 1 inch width to the 7 designated points as well as the 3rd rank in Category 3a that assessed the autonomous performance of a bipedal robot. Kookmin University has participated in the event from 2003 and since then, it has spread the competence of micro robot by winning in categories each time and taking the victory for three consecutive years from 2008 to 2010.

Student Yu-ho Kim said, “Although we failed to present the result as much as we expected, it was a good opportunity for us to produce a robot, compete fairly against each other, and discuss with the future engineers across the world. Student Se-chang Bong also expressed, “I appreciate the unmanned vehicle laboratory team that worked hard with us while preparing for the robot event. Most of all, I gained good experience by being able to work with people from all over the world.”