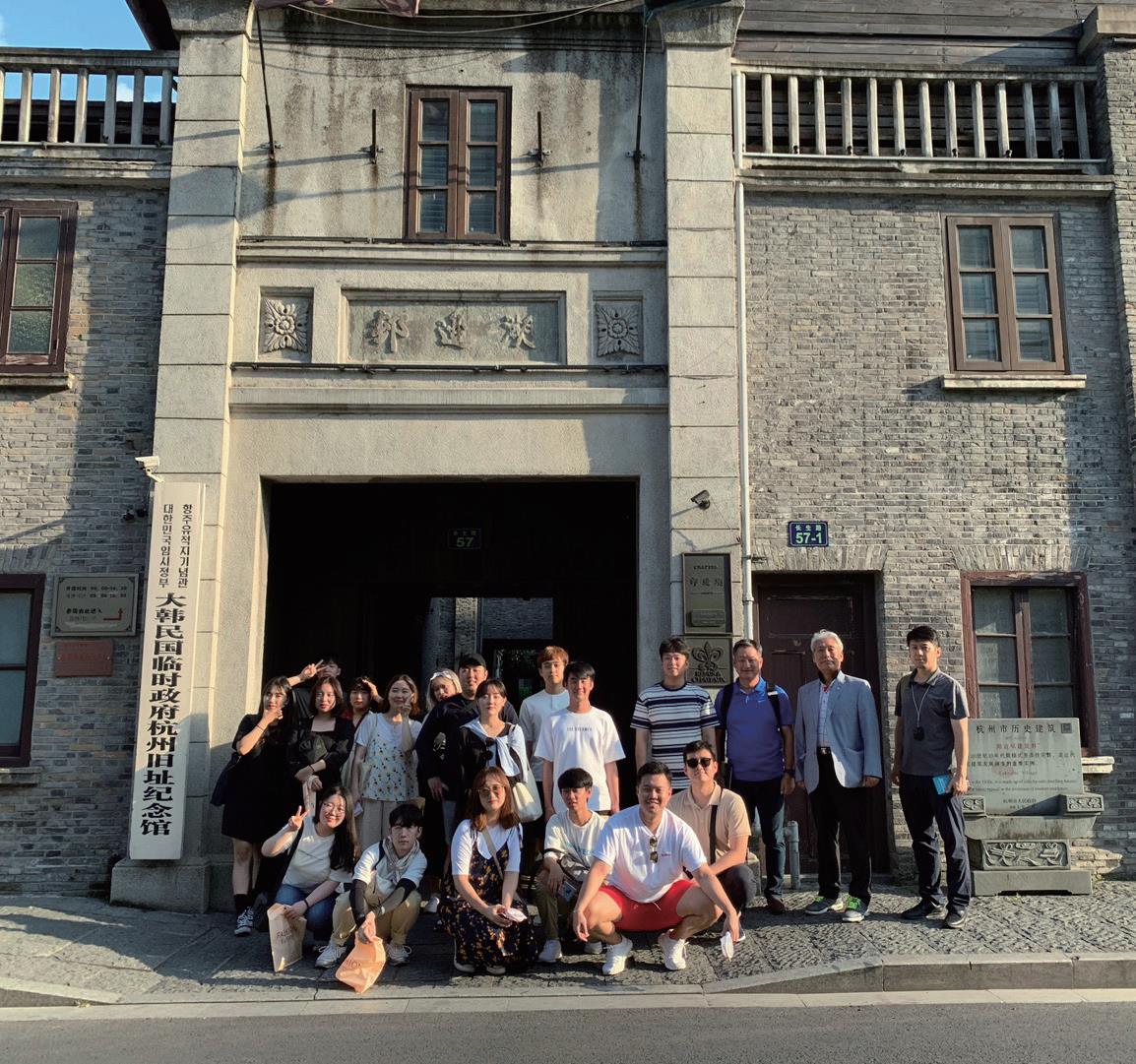 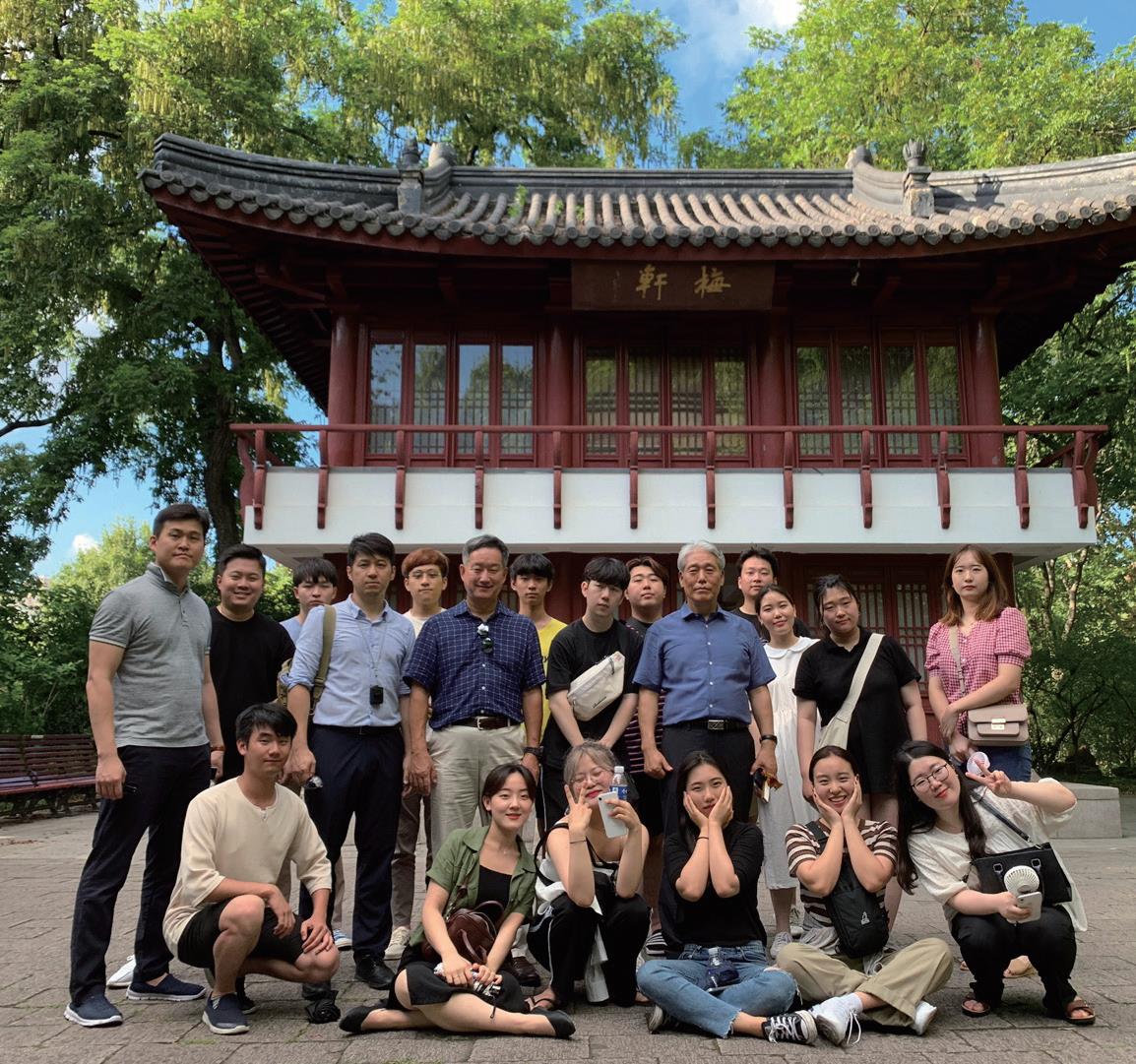 In August 2019, Kookmin University (KMU) offered an opportunityfor students to broaden their understanding and knowledge of the Republic of Korea’s provisional government. Students could personally witness and understand the governors’ thoughts and livelihoods as well as truly learn about the origins of South Korea. As they visited cities in China, they were also able to broaden their understanding of China and strengthen their international knowledge.
The program was held from Aug. 1 to Aug. 6 and travelled through a multitude Shanghai, Jiaxing, Hangzhou, Nanjing, and Chongqing. Sixteen students participated in the program and were accompanied by professors and other university faculty members.

Prof. Hwang Sun Ik was one of the professors who organized and led the program. We had a chance to sit down with Prof. Hwang in order to learn a little more about the program and about the provisional government. The following are edited excerpts from the interview.

You’ve participated in this project for a while. How many years have you been participating? And why did you decide to participate?

I have been involved in this project since 2017. Before then, Prof. Chang Seok Heung led the project for three years.
Not only do I lead such on-campus history projects, I also lead off-campus projects. For example, I lead programs for other universities’ students and faculty members. However, it would make no sense not to interact with our university students. I hope to see a number of history programs at our school. No matter the students and faculty, all should be provided with opportunities, so they can look back on our country’s history, society, and identity.

Which cities did you visitand why did you pick them?

When we decided the program’s courses, we mainly considered the timely situation and historical context. The Republic of Korea’s provisional government was established on April 11, 1919, in Shanghai, and moved to Jiaxing, Hangzhou, Nanjing, and then Chongqing. We tried to faithfully follow the movements of the provisional government.
Even though there remain sites that we could not visit, we had to skip some cities. This is because of the hot summer weather and the time limit. We did not merely retrace Kim Gu’s footsteps. It’s true that his contributions to the provisional government were quite large, but there are also others, like An Chang Ho. Given we could not even find the remains of many fighters for national independence, we should not sorely confine our history solely to only renowned men. Insteadd, we should correctly learn what happened, including various stories from that time. There are limitations to learning the truth.
It’s inevitable that we go on a limited historical trip for that reason. Fortunately, the Chinese government has been very cooperative; they even designated some of our provisional government sites as cultural assets. Depending on how preciously we maintain our history, they offer aid and cooperate with us.

If you could pick a single historical site or city that you visited, what would it be?

I would pick Chongqing and Hangzhou.
My best place is Chongqing, since it is where our provisionalgovernment was completed. The government had their best days in Chongqing as they were able to develop their economic, political, and educational systems.
The city development has been undertaken. To celebrate the 100th anniversary of the Republic of Korea’s provisionalgovernment, the general headquarters of the Independence Army was preferentially reintegrated in a show of support by the Chinese government. Yet they governmental renovation made were much nicer than original. I felt a sense of historical difference.

Many great men helped establish and continue to maintain our government. Who do you most respect?

I personally don’t favor the term “great men,” since many nameless people also put in effort to regain our independence. While it’s absolutely true that some “great men” played remarkable achievements and thoughts, when we believe that society only develops as a result of “great men,” we ignore all blood, sweat, and tears the nameless others shed.
We should reflect on ourselves, thinking not only about the
achievements of “great men”: This is the reason why we learn
about history.

What do you expect from students who participated in the program?

I do not expect anything: They need to find what they need to learn. I just lead them to historical sites and talk about the truth. It is their role to find their own lesson. They can see as much as they know. Depending on how much effort we invest in order to learn about the historical truth and keep them safe, more sites and assets will be investigated and acknowledged.
In my opinion, the main assignment at that time would have been freedom, independence, and self-reliance. They would have believed that individuals or nations should be offered alongside freedom. To do that, independence should be achieved. After independence, the nation should be able to stand on its own two feet. This is what they thought. Yet, for now, it is a bit different. We have to continuously strive not to step back from such evolutive history.

Do you have any impressive situations or funny stories?

I met some of my acquaintances during the trips. When we were in Chongqing, I met a student who went on the ProvisionalGovernment of the Republic of Korea Route Trip last winter. Some students will also told me that they were in China while I was there. I personally love Chinese food, my favorite being hot pot. Another reason I prefer Chongqing is that I like Sichuan-style cuisine.

School Changed During the Vacation!

The Useful Applications in Korea