School Changed During the Vacation! 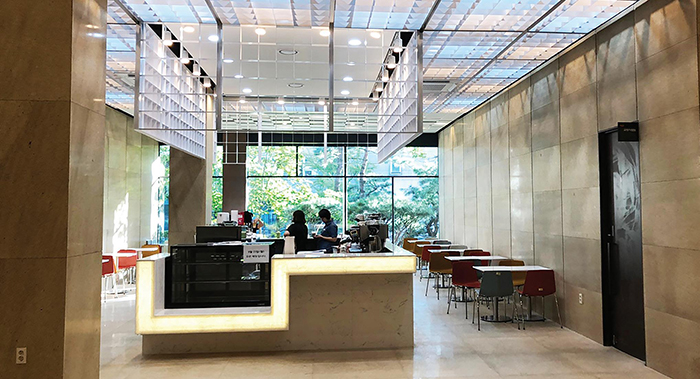 ▲ The cafe that established in the Administration Hall 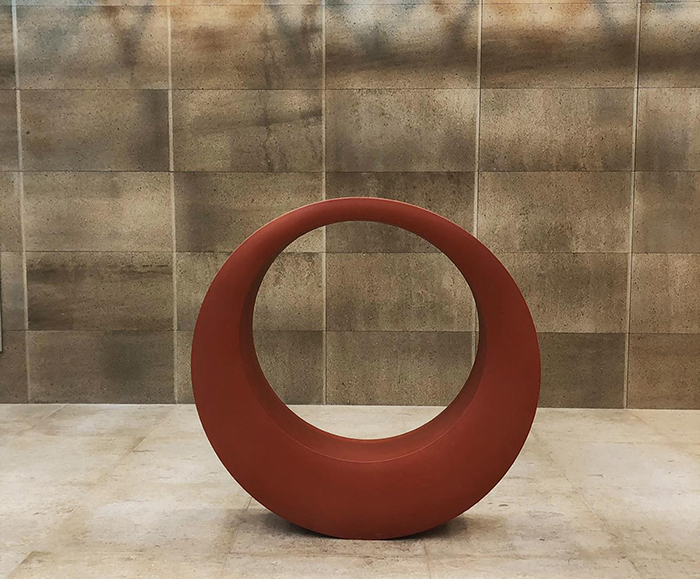 ▲ The new chair in the Administration

1. Administration Hall
- A cafe has been established where the certificate-issuing machines and comprehensive service center were located. The machine was relocated to the first floor of Bugak Hall earlier this month given the construction, but has since been returned to the Administration Hall. The machines and the center were relocated beside the door that heads to the College of Law. The cafe will be open starting Sept. 23 and the operating hours will be between 8:30 a.m. and 7:00 p.m.
- There were benches on the first floor of the Administration Hall are for students, executives, and staff members to sit and rest on. The benches changed into new things that are shaped like a flower — one seat looks like a petal, two look like leaves, and four resemble flowers — and a circle. ▲ The new chair in the Administration Hall, shaped like a flower

- You can see LED Media Hall and the Wall of Honor on left hand walls if you enter the Administration Hall from near Bugak Hall. The Media Hall are designed to inform visitors about the history of KMU. The Wall of Honor is made — to quote the message written next to the list — “to honor those who have given their support for the advancement of our university, we would like to engrave their manes here.” The sectors are numerous, including “KMU President’s Honor Club” — those who supported more than five hundred million — “KMU Platinum Honor Club” — those who supported more than a hundred million. There is also the Donor Recognition Board where you can search the donors and check the current state of fund-raising. ▲ The Wall of Honor in the Administration Hall

2. Bugak Hall
- There are now new class rooms, including the Team&Team Class, also known as the fusion renovation classroom. It is now installed on the eighth and ninth floors, and the design and the interior of the classrooms are totally different from other current classrooms. The classroom is actually for the Team&Team class that students take two classes as one class at the same time, receiving amalgamative and innovative learning. The seminar room for the postgraduate school has also been improved.
- The printing office has introduced a ticket number system. It is a new system for more accurate and quicker handling. There have been so many students using the office that some confusion arose over which line was for printing and which was for receiving. To be placed on the waiting list, students take a number from the ticket machine to the left of the door. Their waiting time is determined by the number of people waiting, which is written on the machine. ▲ The machine that give students a number in the printing office

- The water purifiers on all floors of Bugak Hall have been changed. The old machines sometimes didn’t supply water: these inconveniences should be reduced by the new ones. You can switch between cold and tepid water by pressing the cold and normal water buttons.
- A Baskin Robbins kiosk has opened on the first floor next to the Gong-Cha kiosk. Baskin Robbins serves various types of ice cream, as well as stick bar ice cream and snow mochi, and the ice cream is supplied as a block pack. This differs from the basic corn or cup ice creams and it is a square box filled with ice cream. The flavors include Puss in Boots, Cherries Jubilee, New York Cheesecake, Chocolate Mousse, etc. Select the flavor you want and pay for it, then the food will drop to the outlet.
- Two of Cafe Mirr kiosks have appeared. You used to have to order in person at the counter, but now you can order directly from the kiosks. You can choose the amount of ice you want and the desserts are also at the kiosks. A ticket number comes with the receipt (It is optional) once the order has been placed, and you need to show an employee at the pick-up station the number when you retrieve your number. When it comes to a personal bottle, you have to let an employee in the pick-up zone your order number and pass your bottle.
- The instant ramen cookers have been installed on where the microwaves used to be. When you buy ramen, you will receive a container (It is only for a ramen, not for an instant cup ramen). Place the noodles and the ramen powder in the container and choose the cooking method based on the thickness of the noodles. These are three cooking methods: normal noodles (M1), thick noodles (M2) and stir-fried noodles (M3). The first is for ramens like Jin Ramen and Shin Ramyun, while the second is for ramens like Spicy Seafood Ramen and Neoguri and the third is for ramens like Chapagetti and Hot Chicken Flavor Ramen. After pressing the start button, all you have to do is just waiting. Do not use the induction ramen cooker for instant cup ramens. ▲ The rearranged seats in the Hanul Cafeteria

- There are kiosks on the first floor of the College of Law, right in front of the stairs heading to Hanul Cafeteria. Students used to have to order their meals through the kiosks or with an employee at the cafeteria’s entrance, so the order was disturbed as those who order and those who exit out were mixed up. The place where the kiosks and the counter used to be changed into where students can return the dishes and drink water. 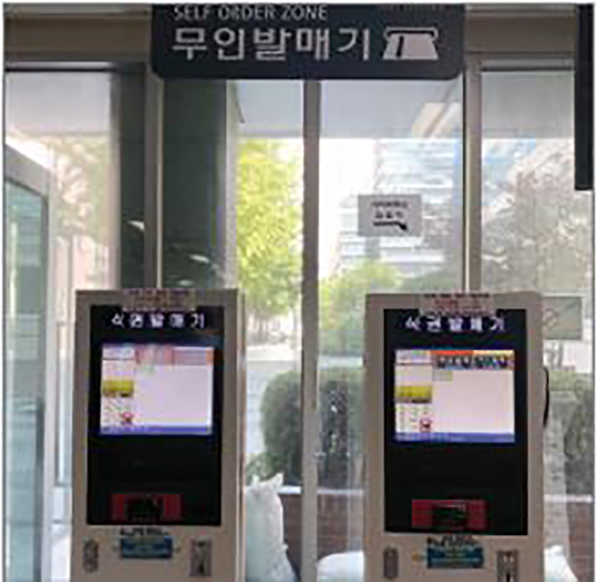 ▲ The kiosks of the Hanul Cafeteria

- Once you receive your meal ticket, everything is the same. There is, however, another way to buy a ticket. There are two devices for students, one is for selecting the food and the other is for recognizing QR codes. The menu on the devices is different for each sector, with the first sector being for snacks, the second for noodles, the third for cutlets, and there are more sectors for another foods. If you charge the mileage before, you don’t have to buy
a ticket from the kiosks — all you do is waiting in line with your K-CARD application opened.
- The seats are also changed. There are single seats in the center of the cafeteria for those who eat their meals alone and there are also sensitive partitions. It will make them more comfortable than before. Besides, the long sofa seats have been removed and seats for four occupied the place. The space between each seat has also been widened though the number of seats seems to be reduced. Likewise, the cafeteria’s organization has completely changed, and many expect that the cafeteria’s crowded days are long gone.