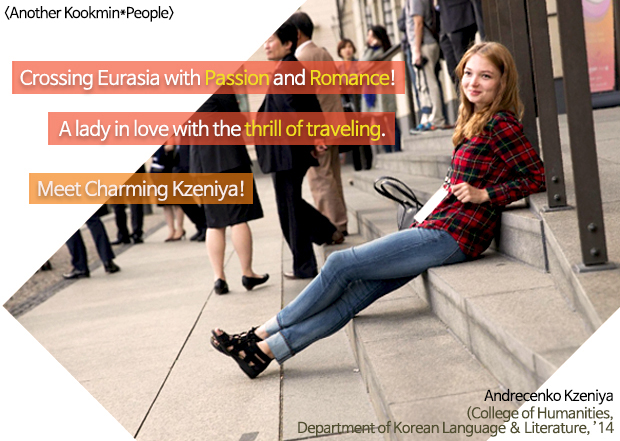 Many students head abroad as exchange students or for language programs, each with their own dream. “I want to master a language before I return!” “I’m going to travel to my heart’s content!”—these are some of the things they proclaim as they board the plane. In reality, however, studying abroad isn’t as easy as it might seem. This is because students will face an environment that is completely different from what they are accustomed to with respect to language, everyday life, culture, and even food. But here is an impressive student who, even as a female foreign exchange student, took part in a large scale project that spans the entire Eurasian continent called “Eurasia Express.” We met with Kzeniya (KMU College of Humanities, Department of Korean Language & Literature, ’14), a charming student who lives every day with passion and a sense of adventure. ▲ Kzeniya, with an energetic and active personality, is making the most of studying abroad

Q. Hello! Nice to meet you. Can you tell us a little bit about yourself?!
Hello! My name is Andrecenko Kzeniya. I’m 21 years old and currently attending KMU at the Department of Korean Language & Literature as a foreign exchange student. I’ve been in Korea since the 2014 fall semester and now that my vacation is coming to an end, I don’t have long until the exchange program ends and I return home to Russia. Before coming here, I attend the National Research University, Higher School of Economics in Russia, where I took a major in Korean language and a minor in law.

Q. Your Korean is very fluent, how long have you been studying it?
My major is Korean language, and I have been studying it very hard since I started university in Russia. Back then, I only learned it theoretically so it was difficult to improve my conversational skills. But since coming to KMU, I’ve interacted with a lot of different people and actively studied Korean and, luckily, I think I’ve really improved. I still have a long way to go, though (laughs). Q. Was there a particular reason why you chose Korea out of all the different countries you could have gone to on exchange?
As my major is Korean, I naturally became interested in Korea and Korea’s culture, history, and people. So I thought that if I could go on foreign exchange, I’d go to Korea. When I was given that opportunity, I jumped at it, and here I am!

Q. As a foreign exchange student, is there an aspect of Korea that interests you the most?
When I first entered University in Russia and began studying Korean language, I knew absolutely nothing about Korea. Around that time, I happened to come across some of director Kim Ki-duk’s films. As I watched more Korean movies, I became interested in the beauty and cultural aspects of Korea portrayed in those movies. They really inspired me to delve into everything about Korea. 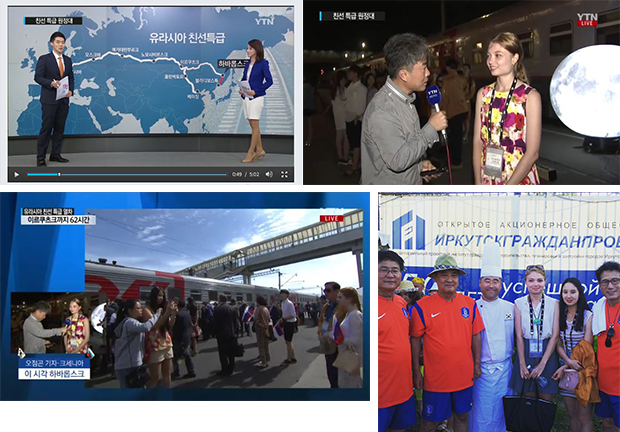 ▲ Image from an article of the government-sponsored 2015 Eurasia Express

Q. I heard you participated as a Korean-Russian interpreter on the Eurasia Express! It’s really impressive that you could work as a Korean interpreter after having only learned the language for a short time! What exactly was this train trip about?
The Eurasia Express took place between July 14 and August 2, 2015, as part of the Korean government’s Eurasia policy. The Korean government decided to launch a Eurasia Initiative that would help tie Eurasia together as a “continent that is truly one,” a “continent of creativity,” and a “continent of peace.” Based on this slogan, they planned a friendly train trip across the Eurasian continent. The Express was a landmark project designed to highlight that Eurasia is one vast connected continent and that we should all work together to make it a continent of peace, creativity, and mutual prosperity.

Q. How did you become part of the Eurasia Express project?
Everyone is aware that Russia takes up the largest part of the Eurasian continent, right? So it was natural for me, a Russian and university student, to be interested in this project. I really wanted to be a part of it so I put in a lot of time and effort into preparing my application. As a result, I was able to pass the interview with the Ministry of Foreign Affairs and was lucky enough to get the chance to work as a professional interpreter. 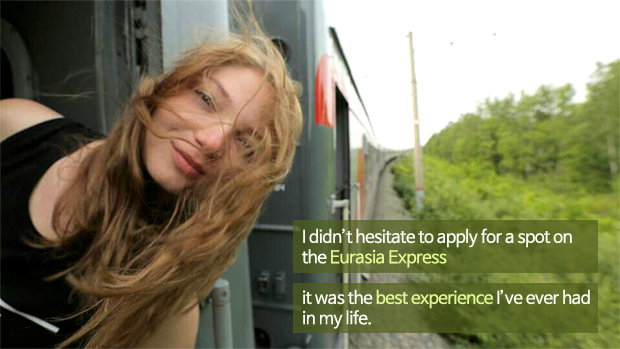 Q. I think it’s quite impressive that you crossed the entire continent of Eurasia. What were some of your insights from this trip?
It was harder than I had anticipated. There were times that I was exhausted both physically and mentally. But at least I wasn’t alone, and it was really fulfilling to be able to take the trip with many friendly and energetic Koreans. Before this trip, I had only traveled to and from Russia by plane, but travelling across the landscape by train made me realize what beautiful a country Russia really is. This trip really made 2015 a meaningful year for me. 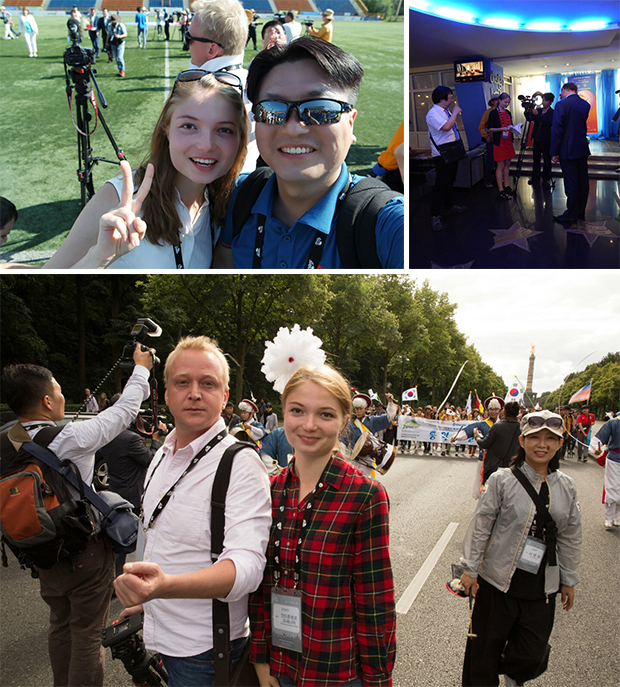 ▲ The Eurasian Express was one of most meaningful events in her life.

Q. It wouldn’t be easy for a woman to go on such a long and grueling trip. Was there any difficulty for you that stands out?
The fact that I couldn’t bathe when I wanted to was really difficult. Even if I really wanted to shower, there are limitations when you’re in a moving train. When we were traveling between Khabarovsk and Irkutsk, I couldn’t wash properly, let alone shower and this really sticks in my mind as a hardship (laughs).

Q. It’s impressive you completed such a trip as a female foreign exchange university student! Do you have anything to say to students that may be hesitant about traveling or trying a new challenge?
I can’t say I’ve lived long, but there is something I have felt all my life. The truly happy and joyful moments in life tend to come after the difficulties, like a sweet shower of rain after a drought. The Eurasia Express and other experiences I have had are like stepping stones to real joy and happiness. I can’t simply say “go for it!” as challenges can be difficult. But sometimes it really is best to “Just Do it!” I think it’s really important to not overthink things and just take a chance! 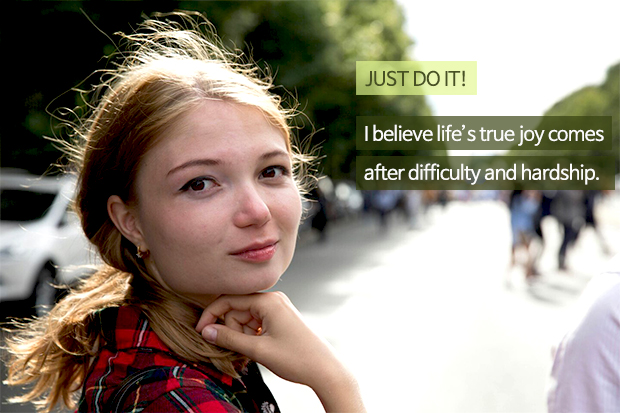 There are so many young people nowadays that can’t seem to take the first step because they fear something that might never even happen. In today’s world, ironically, the pressure of high achievement prevents many from achieving anything at all. But even as a foreign exchange student, and as a female student, Kzeniya showed confidence and fearless courage in boarding the Eurasia Express, reminding us what the youth of today are capable of. As she proclaims, “Just Do It!” Challenge yourself!