The construction world of Swoo-geun Kim: The space that reflects humanism 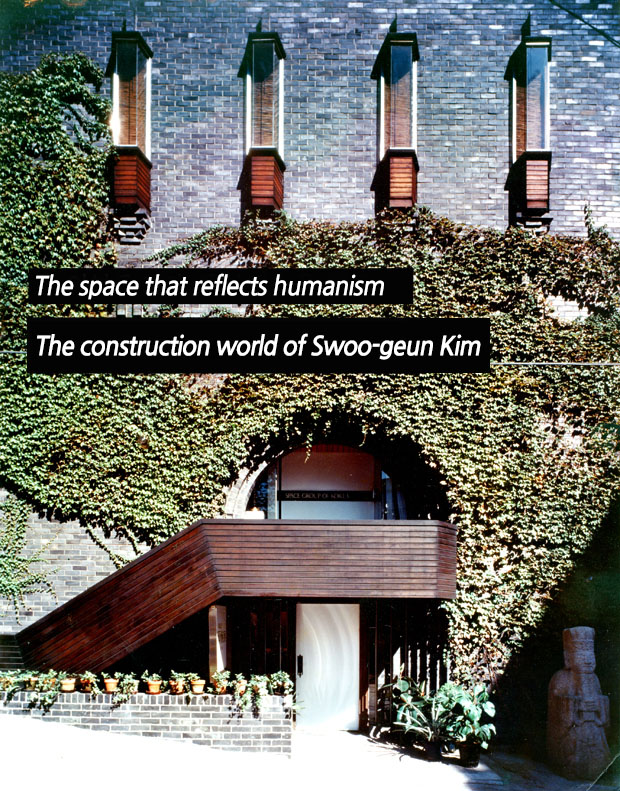 For humans, ‘space’ means more than the physical area. All spaces reflect diverse emotions from memories that are reminiscent of life experiences since these are filled with meaning. That’s why we miss the playground where we played when we were young and feel sad about the space that we shared together with those we love. As shown in the film “Architecture 101”, the architect created a space for his lover and we felt this to be a romantic gesture. An architect puts his/her humanism and cultural arts in the space he/she makes. The architect who exemplifies this trait is Swoo-geun Kim, a man who is known as the generous architect of Korea. He was a former dean of the College of Design in Kookmin University and his works stress the importance of creativity and artistry in architecture while striking a balance with social values. Let’s explore his architectural works and experience the emotions and social values reflected in them. 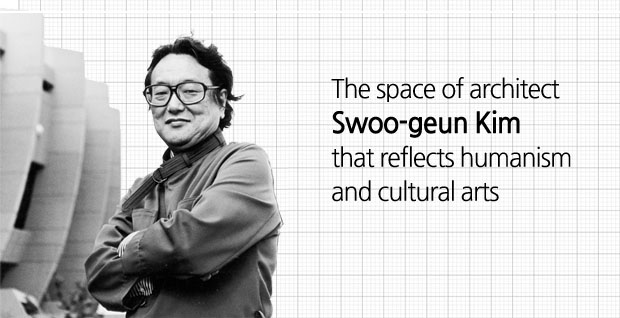 The space design concept of architect Swoo-geun Kim is interlocked with the modern historical background of Korea. After the Japanese occupation, it was difficult to succeed the national traditional architecture in Korea. . Going through the subsequent Korean War and military coup, the social chaos continued. Under these circumstances, the identity of the Korean architecture was not firmly established. Consequently, international architectural style has been discreetly introduced. In light of this situation, Swoo-geun Kim focused on the essence of space rather than stressing importance on traditional architectural style of Korea. The progression of the space essence that is based on humanism established the identity of the modern Korean architecture and opened a new cultural paradigm. 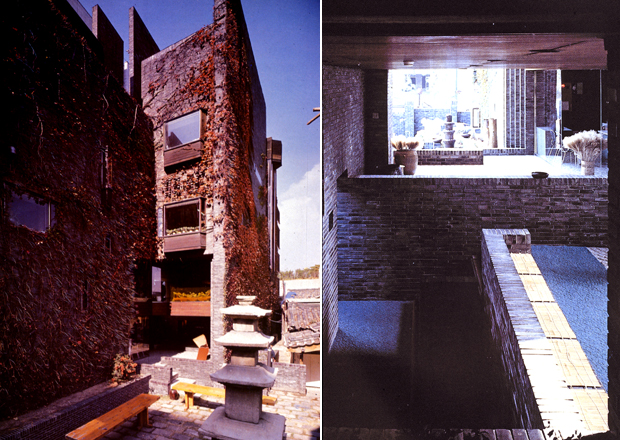 The representative work of Swoo-geun Kim is the ‘Space Building’ located in Yulgok-ro, Jongno-gu, Seoul, Korea. It was built in 1997 and is considered as one of the typical modern buildings in Korea. This building, registered as a cultural property, consists of complicated structure. Many floors with different heights form space and these are organically linked by staircases. This modern architectural style is the application of Hanok structure that features unimpeded space. The rooms that are located in place are constructed with reasonable sizes. The building adopted the wisdom of the traditional Korean architecture that makes the building users become familiar with space without feeling any discord in its moderate size. 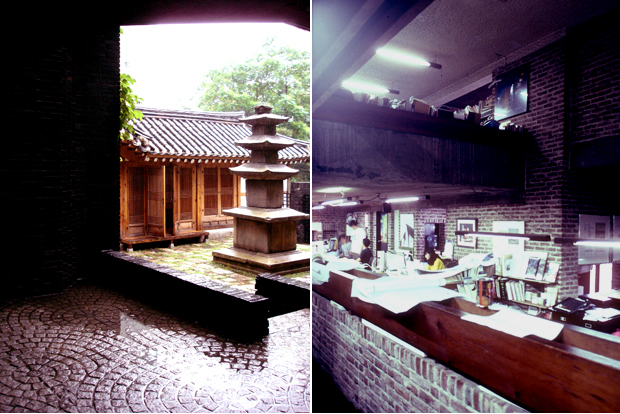 Even in the 1970s when high-rise buildings were preferred, Swoo-geun Kim designed low and narrow stairs and low ceiling based on the architecture philosophy called humanism and coexistence. He chose Bukcheon as the location of the Space Building to reflect the place’s unique characteristic of clustered houses in small alleys. Unlike its modern exterior, the building’s interior reflects traditional spirit. The Space Building clearly reveals the architectural view of Swoo-geun Kim regarding Korean modern architecture.

The Space Building is a symbolic structure that shows the traditional Korean style and living culture. With its symbolic representation, the Space Building has been used for various purposes: the Space Architecture Office until 2013; editorial office of a monthly magazine called ‘Space’; art gallery; and as a guest room for many artists and architects. The small theater ‘Space Love’ was the place of cultural exchange that introduced ‘Dance of the Crippled (Byeongsinchum)’ by Ok-jin Gong and Samulnori of the traditional percussion music band Kim Deok-su Samulnori. Due to the bankruptcy of Space Group in 2014, however, the Space Building was transformed into a modern art gallery called ‘Arario Museum in Space.’ 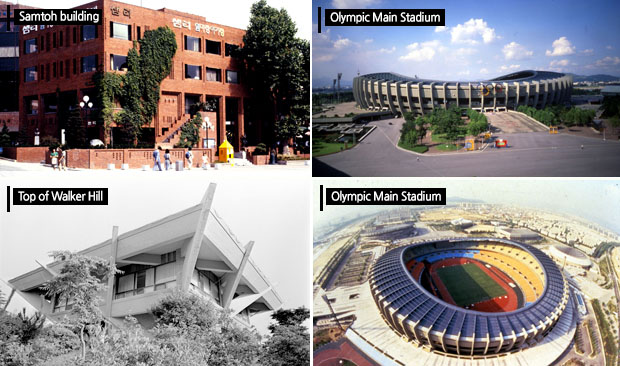 Aside from the Space Building, Swoo-geun Kim operates his own design studio to try his hand in dynamic architectural style. In the 1960s, he worked on the Hilltop Bar of Walker Hill and Namsan Arts Center and used exposed mass concrete technique for these. Employing brick construction technique during 1970s ~1980s, he built the Kyungdong Presbyterian Church (Seoul), Bulgwang-dong Catholic Church (Seoul), Yangduk Cathedral of the Masan Diocese (Masan), and Saemtoh building. Moreover, he worked as an international architect by designing countless overseas projects. In 1977, The Times magazine called Swoo-geun Kim as the ‘Lorenzo di Piero de' Medici of Seoul’, recognizing him as an artist who encourages social participation of cultural artists. 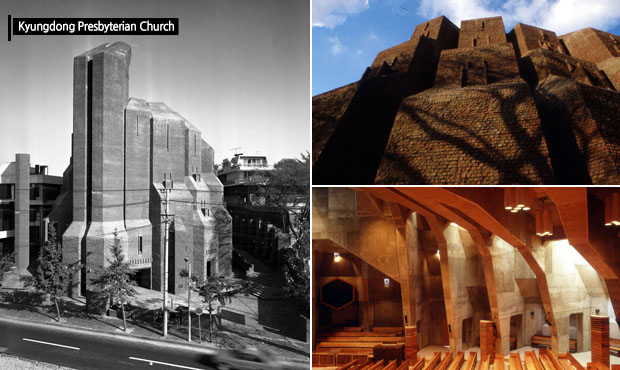 The path resembles maze-like stairs and this narrow space implies religious penance while reminding us of the hill of Golgotha. At the same time, it reflects the architectural view of Swoo-geun Kim who expresses sentiments from the alleys of Korea.

The representative Korean architect Swoo-geun Kim exerts great efforts for humanism and social values by using his own expertise! His passionate life changed the barren Korean culture by connecting arts and society. He was able to transcend his role as a mere architect. What faith and memories are reflected in the space he created? Why don’t you visit such space before starting the new semester? Why not dream of the grand future to be another Swoo-geun Kim who has a unique philosophy in his own special domain?

The field sketch of the 2015 entrance ceremony