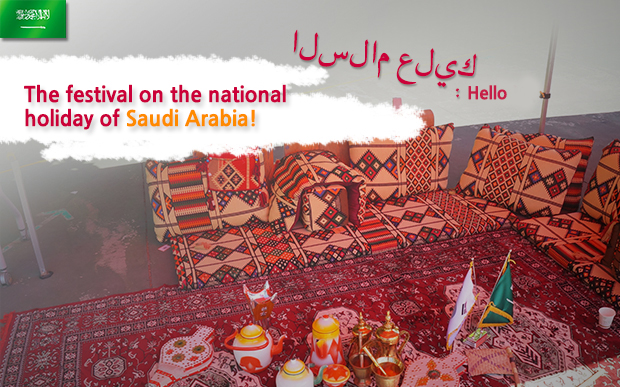 As-salamu alaykum (It means ‘hello’ in Arabic)! Last September 23rd, foreign students who sang with smile on their faces crowded the basketball court in front of the Student Center of Kookmin University. These students talked to the passing Korean students saying, “Try our snack” and “Henna (similar to taboo, traditional culture of Arabic nations)” with smile on their face. They are the exchange students from Saudi Arabia. In celebration of their biggest national holiday, the students planned this event to enable Korean students to learn and experience the tradition and culture of Saudi Arabia. This event was successfully held with the interest and participation of many people. The students from Saudi Arabia welcomed visitors with bright smile and warm greetings. Let’s take a look at this wonderful and exotic festival.

This event was progressed with 4 themes - tasting traditional food of Saudi Arabia, writing my name in Arabic, henna experience, and wearing traditional costume - so that more students can know about and experience the traditional culture in a short period of time. Kookmin University has made efforts to create a friendly and welcoming atmosphere for foreign exchange students to more easily adapt to their lives in Korea by supporting various cultural exchange events. And in line with this, considerable support was provided for this event. In addition, other students from Arabic countries like Egyptian students, besides students from Saudi Arabia also helped and participated in the event. 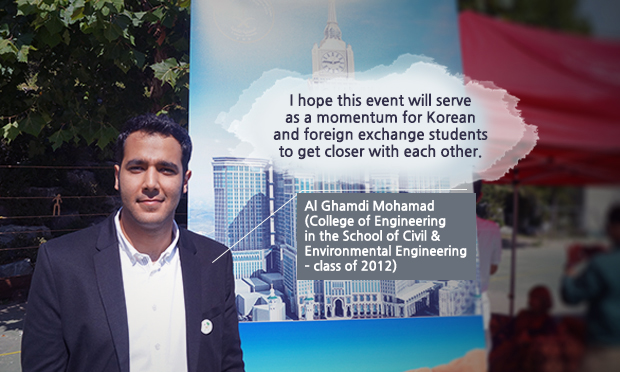 Q. Why did you decide to have this festival?

I am not an exchange student but an undergraduate student attending Kookmin University. While attending Kookmin University for four years, I realized that it was somehow difficult for Korean students and exchange students to get along with each other. It is because we don’t know each other well. There are not many Korean students who are familiar with Arabic countries, especially ‘Saudi Arabia.’ In view of such, I wanted to provide an opportunity for Korean students to get closer to the culture of my country. Through familiar daily activities like tasting traditional food of Saudi Arabia and wearing traditional costume, I expected that the students from different cultures can have some moments to communicate with each other so I planned this event. 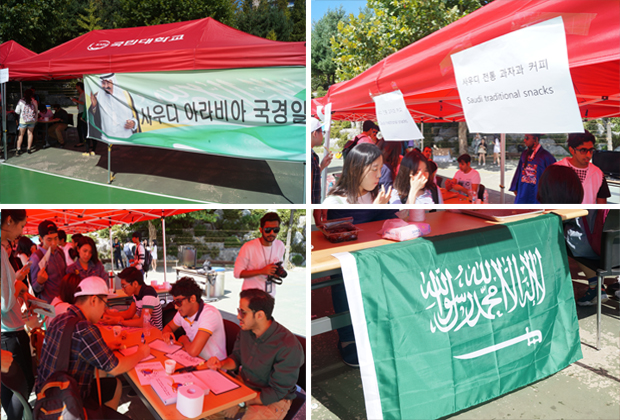 Q. There is favorable response about the event. What did you feel while progressing the event?

I am very pleased as many students visited the event venue, exceeding the expected number of visitors, and they all enjoyed what we prepared. Initially, I was worried that the students were not interested or would not participate. I felt relieved that more students and people from the school visited the event venue and showed interest in the programs. All four experience events were nicely received but among these, henna experience and wearing the traditional costume of Saudi Arabia were the most popular. As I saw people taking pictures and smiled at each other, I felt glad that I planned this event and it was truly rewarding. 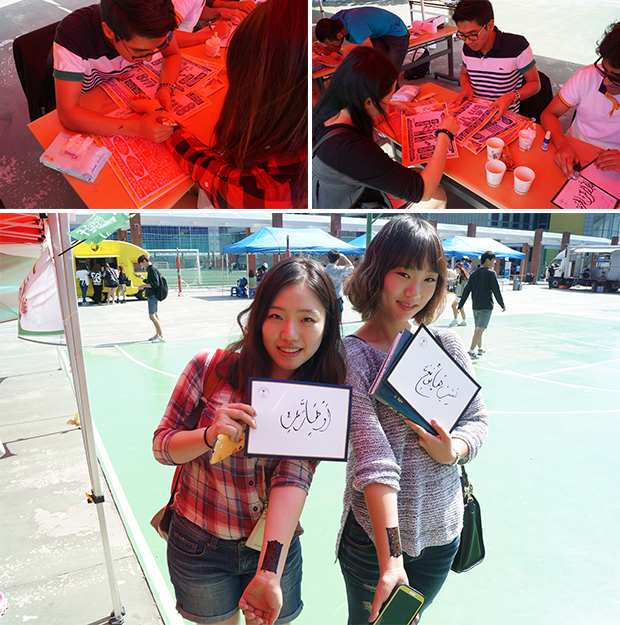 Q. Is there anything you’d like to say to those who share the moments of the event and other Kookmin*People?

This festival would not have been possible if not for the support from many people. I express my appreciation for the faculty who always support and take care of foreign students in their campus life and many other friends who helped the festival although it was not the event of their own country. Although we study in the same campus all the time, there were not many chances for the Korean and foreign students to get together. So I hope this event would serve as an opportunity to understand the tradition and culture of other countries and get closer with each other. Also, I hope to build solid friendship between the Korean students and foreign students, especially the students from Saudi Arabia. 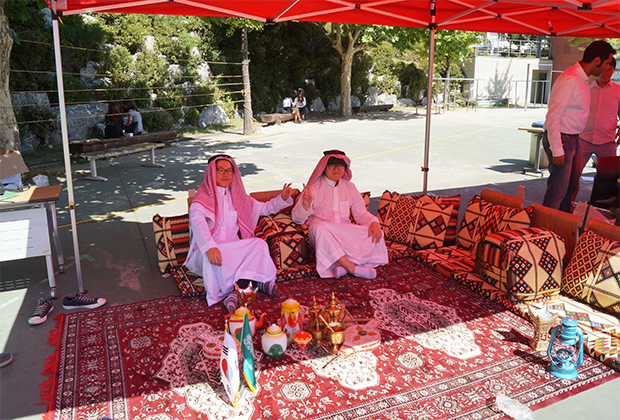 ▲ Korean students who are taking a picture wearing ‘Thobe,’ the traditional costume of Saudi Arabia

We share the same space, living, and learning together but there has been a barrier between the Korean and foreign students due to different background and appearance. When we try to understand and acknowledge the background and culture that are different from our own regardless of what is physically seen, we can truly be friends with each other. There were students from Saudi Arabia who came to Korea and welcomed the Korean students with a big smile and open mind by sharing their own culture. The real treasure reflected in their smiles must be the ‘beauty of communication’ that we really need to learn, understand, and practice.

Traditional plays that gathered Kookmin*People together