Traditional plays that gathered Kookmin*People together 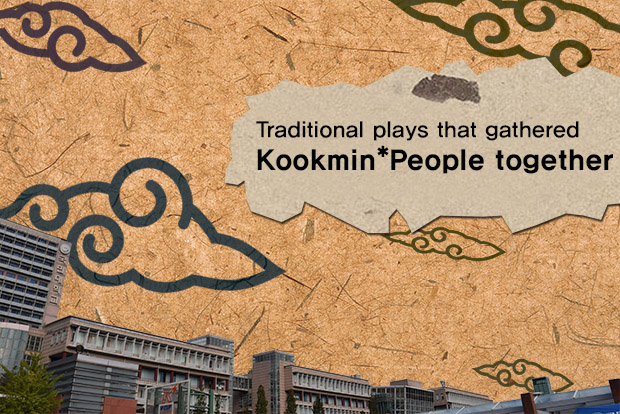 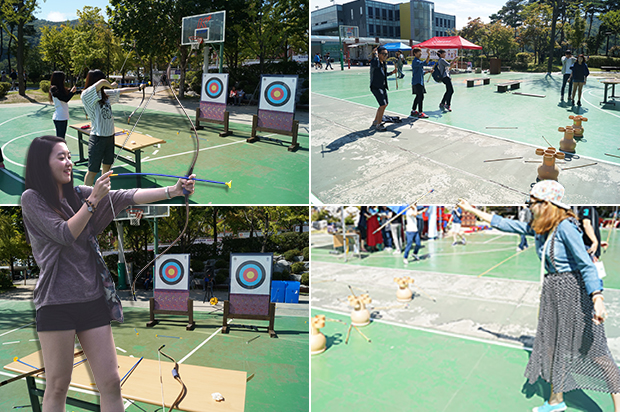 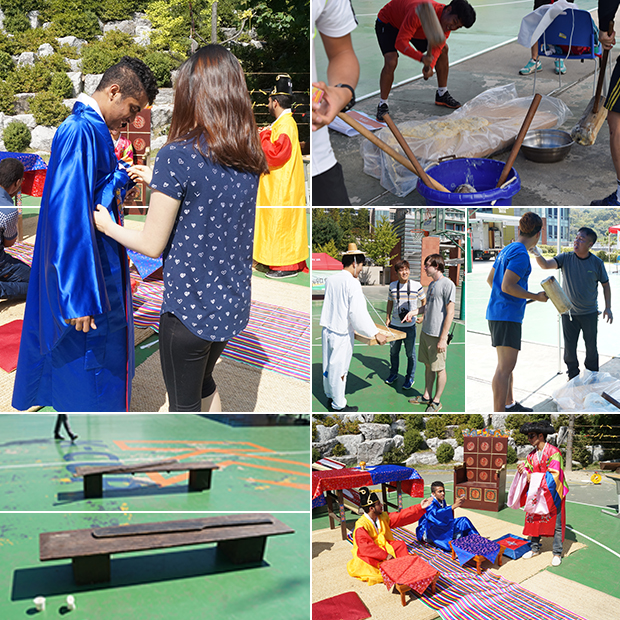 Besides traditional plays, it was possible to experience unique traditional Korean culture like pounding rice cake, flogging with Gonjang (traditional club), and Hanbok wearing. Among these, Hanbok experience was the most popular among foreign students. The foreign students who wore the Korean traditional costume Hanbok for the first time walked around the event venue without changing clothes as they seemed to like Hanbok very much. Also, it was possible to taste the rice cake after pounding rice so it was popular among both foreign and Korean students. 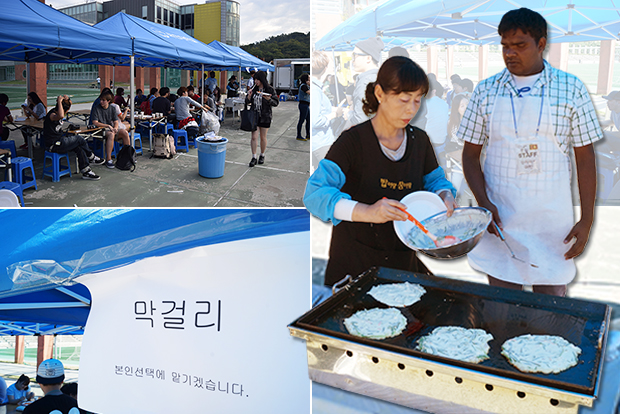 ▲ Makgeolli - It’s up to your choice.

At a corner of the basketball court, there was a food court. Including seafood pancake, Kimchi pancake, Makgeolli, rice cake, Korean traditional beverage (Sikhye), and Korean hard taffy (Yeot), various delicacies were provided with their price directly set, allowing people to enjoy the experience even more. How much a person paid did not matter. But all profits were donated for our neighbors in need. Around the closing of the event, the donation box was full of charity made by Kookmin*People.

How About KMU Master’s Program?