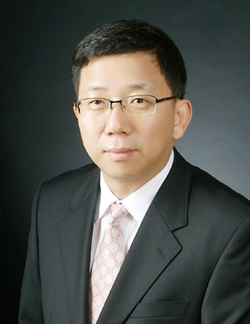 The Democratic Party of Japan's general election victory at the end of August ended the Liberal Democratic Party's half-century rule. The DPJ won a record 308 seats in the Lower House, whereas the LDP settled for a meager 119. Voters' disaffection with the LDP°Øs misrule and lethargy was very much apparent. But the DPJ's campaign pledges to bolster popular livelihood should not be overlooked. The DPJ made some eye-catching promises such as giving each household a monthly stipend of 260,000 yen per child up to middle-school age, paying each elderly person a minimum pension of 70,000 yen, and subsidizing childbirth with an allowance of 550,000 yen per newborn.

A power shift from bureaucrats to lawmakers is in the offing. During the LDP's long rein, Japan's bureaucrats have monopolized all facets of decision making, ranging from budgetary allocations to financial policies. Their intervention in the market has persisted in various forms of heavy regulations and the so-called 'administrative guidance.' Admittedly, the bureaucrat-led system brought growth and stability to Japanese economy. On the other hand, the system was fraught with many evils such as wasteful spending, reckless Amakudari, astronomical budget deficits, stifling regulations, and corruption. To redress all this, the DPJ is set to move forward with a reform drive.

The DPJ is starting off with budget and foreign policy. The bureaucracy, however, will not go away without some kind of resistance or sabotage. Breaking down the bureaucrat-led system is sure to remain on the top of the agenda in Japanese politics. Whether the DPJ can secure sources of funding to sustain the cash giveaways and social safety net it promised in its manifesto will determine the future of the Party's reform drive.

The DPJ has professed to take Asia seriously and has made positive references to Korean-Japanese relations. It certainly bodes well for the two countries' relations. The top leadership of the DPJ has maintained a relatively forward-looking stance on historical issues and a moderate policy line on foreign relations. The deterioration of the bilateral relations in recent years was due to anachronistic and callous remarks by LDP right-wingers. Now the DPJ°Øs victory is a propitious sign for more amicable relations with Korea.

In fact, Prime Minister Hatoyama Yukio has called for the creation of an East Asian Community and a common currency for the region. He has publically pledged not to visit the controversial Yasukuni Shrine; instead, he promised to set up an alternative memorial for the war dead. Whether that promise can materialize remains to be seen. At least, the Yasukuni Shrine is unlikely to strain Japan's relations with Korea or China as long as the DPJ remains in power. In that regard, the DPJ victory is certainly a welcome development.

In other respects, too, the DPJ's leaders have often made encouraging statements concerning Korean-Japanese relations in the party platform, election campaigns, and press conferences. They have vowed to reaffirm and follow the 1995 "Murayama statement" in view of history. They have promised to give Korean residents of Japan the right to vote in local elections, and they have insinuated a relatively flexible and sympathetic approach to resolving compensation issues involving Koreans who were forcibly mobilized in wartime.

Nevertheless, it is difficult to say that the conservative landscape of Japanese politics has fundamentally changed as a result of the recent election. In light of the wide spectrum of views held by the members of the DPJ itself, it is too early to project drastic changes in Korean-Japanese relations. For the time being, given the DPJ's willingness to take Asia seriously and given its overwhelming electoral success, political backlash against its moderate position on thorny historical issues is expected to be rather manageable. Still, as always, leaders of the two countries should be aware that they are walking on thin ice when dealing with the past.

Source : THE KOOKMIN REVIEW No. 213
Prev

Are We Ready for a Multicultural Society?