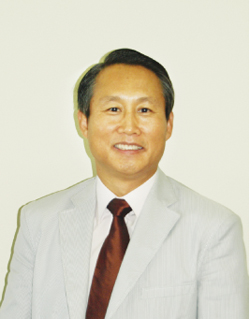 The Republic of Korea (ROK) and the United States agreed to return the wartime Operational Control (OPCON) authority of the current ROK-U.S. Combined Forces Command to the ROK Joint Chiefs of Staff (JCS) by April 17, 2012. Although this agreement will allow more independent operation of ROK forces, it will also increase South Korean responsibility for the defense of Korea and could cause some problems in terms of unity of command for military operations in case of war.

If OPCON is transferred to the ROK JCS, ROK and U.S. forces would operate separately and may have a hard time mediating their different war aims, key considerations and operational details. The unity of command means that "all forces operate under a single commander with a requisite authority to direct all forces employed in pursuit of common purpose," (definition by U.S. Joint Chiefs of Staff) and is considered an essential determinant of victory in war. Without unity of command, the efforts of various forces employed are likely to be dispersed, may be in conflict, and cannot be aligned for a maximum contribution to victory. Therefore, most militaries in the world make it a rule to clearly designate a single responsible commander for a specific mission and provide him with sufficient authority to control all elements assigned for the job.

One of the oldest violations of the principle of unity of command in war, often discussed in history of war classes, was the Battle of Cannae between the Roman army and Hannibal's troops during the Carthaginian Empire in B.C. 216. Even though Hannibal, commander of the Carthaginian Empire, decisively defeated the numerically superior Roman army thanks to his excellent strategy, the violation of unity of command by the Roman Republic also helped his success. The Roman army was commanded by two consuls, Lucius Aemilius Paullus and Gaius Terentius Varro, who alternated commandership; therefore it could not be trained or employed according to a unified concept or plan.

More recently, during World War I, coalition forces had a hard time due to the lack of unity of command among forces from various nations. Based on the lessons from World War I, the coalition forces in World War II designated General Dwight Eisenhower as the Supreme Commander and succeeded in winning. They followed the same example in the Korean War and designated General MacArthur as the Commander of the United Nations Command. Then ROK President Lee Syng-man, who had studied political science in the U.S. and probably knew the importance of the unity of command in war, also delegated his authority to the UNC Commander and succeeded in defending the country. However, in the Vietnam War the U.S. failed to establish a unity of command.

The ROK and Vietnam forces operated separately and depended only on consultation with U.S. forces. As a result, the U.S. failed to combine all efforts consistently and was defeated.

In this sense, the ROK and U.S. should take some preventative measures regarding the unity of command before the transfer of OPCON in 2012. They need to take additional measures to ensure the unity of command among all forces operating on the Korean Peninsula. They should clearly define the new command relations among all forces and agree on mechanisms for the rapid establishment of unity of command in case of serious contingencies. They should try to ensure the seamless transition from peacetime to wartime by developing a single OPLAN, reinforcing combined exercises and establishing a robust relationship. The ROK and U.S. also should agree that the transition of OPCON needs to be executed in a way that contributes to the strengthening of the U.S.-ROK alliance, the defense of the ROK and the maintenance and promotion of international peace and security in the area.