Are We Ready for a Multicultural Society? 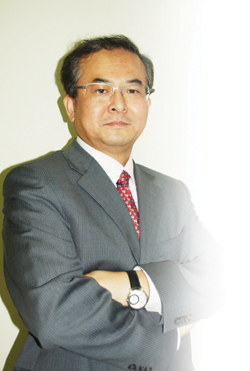 More than a million foreign people now live in Korea. In order to keep up with the changing times and recognize this growing population group, the Korean government has recently declared its intention to follow international standards through joining the Convention on Cultural Diversity, adopted by UNESCO in 2001. In recognizing the need for practical steps to follow the ruling, it also established the Framework Act for Treatment of Foreigners Residing in the Republic of Korea in 2007, and the Support for Multicultural Families Act in 2008. The question might be asked, what are universities, which these days have more and more foreign students, doing to reflect this multicultural age?

Apart from this, some universities, including Hankuk University of Foreign Studies, have their own multicultural center and have made efforts to develop an understanding of' multiculturalism. Universities working positively in this area hold scholarship seminars, do research activities and offer education, interpretation and translation services. They are trying to find ways to harmonize multicultural families in Korea.

Professor Christine Inglis, Director of the Multicultural and Migration Research Center at the University of Sydney recently visited Korea. Australia has a large multicultural population with lots of people from other countries on working holidays, travelling or permanently settled as immigrants. The center at the University of Sydney publishes books to educate second generation immigrant youth in Sydney, as well as conducting research activities focusing on migration and ethnic relations between Australia, Southeast Asia, Turkey, China and Hong Kong. It also holds a regular Science Council. Prof. Inglis stressed the need for social concern to integrate immigrants as an example of the Australian process of solving problems and conflict between immigrants and the native-born population.

He felt the lack of a center and indicated it should be something the university aims to create. Kookmin University conducts its Global Buddy program and some departments such as the College of Economics and Business Administration have additional programs. But a multicultural center could centralize programs for multicultural unification. It is important and necessary to recognize and understand other cultures as the number of foreign residents in Korea increases. Universities still have a lot of things to do.

Sima Qian’s Answer to the Absence of Heavenly Way