‘Dusk Kid’ is a picture book that was previously introduced as a same-titled animation in 2009. The heroine Yujin meets small dust kids while cleaning her room and through trivial experiences that removed those dust kids, the look of realizing life’s wisdom is expressed in fine pencil drawing.

The judges said, “The pictures that were made in the motion film were silently presented without a text; but these are keenly organized” and evaluated, “Through the contrast of black and white, trivial moments are well depicted.” Since its publication in 2012 in Culture Platform, it was translated in English and Spanish to export to Europe and Central and South America, and Columbia Publishing Company submitted it in this book fair.
Joung said, “I thought that the nature of dust which fills up again after cleaning as time goes by could be compared with the life of a man” and added, “It gives me great power as there are people who read and sympathize with my work.”

After majoring in fine arts in Kookmin University, Joung studies animation direction in the Korean Academy of Film Arts. Currently, she is preparing her next work while studying Fine Arts at the School of Visual Arts in Korea National University of Arts.
Previously, the animation was premiered as an invited film in the directors’ week of the 2009 Cannes Film Festival and met audiences in about 70 film festivals across the world. At that time, director Chan-wook Park highly praised it as ‘an artwork that raised the level of Korean animation a step higher.’ 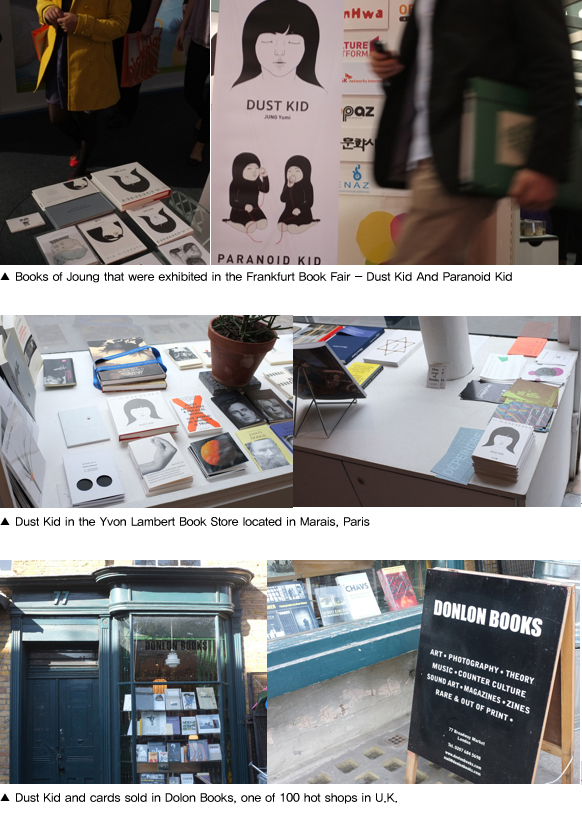