Fondazione Cominelli, hosted by AGC (Associazione Gioiello Contemporaneo) was founded in June 2004 and has carried out various art projects in many countries. This foundation concentrates on modern jewelry culture and spread it out. The Fondazione Cominelli Awards take place once a year for the promotion of event and systematization, and this is the third such event since it began in 2010.

At this competition,held for one month from September to October 2012, 98 artists from all over the world participated.There were 41 artists selected in the first stage, and then 6 finalists were selected through a screening process.

This year, remarkably there were 2 First Prizes given toSeul-gi Kwon and Jasmine Matzakow. Organizers decided to give First Prizesto 2 artists because they could not judge which artist was the best. These two artworks were both praised for innovative significancein the use of materials and research, so it was decided to divide the First Prize into two in spite of opposing opinions. They said: "The two artists’ works show delicate touch and their distinct craftsmanship. Seul-gi Kwon made organic forms depicting sea creatures using silicon. The translucency of the material is caused by the soft and glossy characteristic of silicon and it is enough to create the sensation of Murano glass." 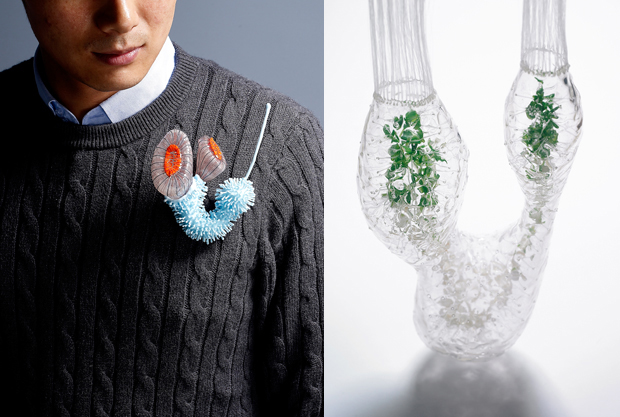 The prize-winning artworks will be exhibited for 1 month at an antique building Cominelli constructed in 17th century, and Seul-gi Kwon who received First Prize will be given 1500 Euros. Last year Seul-gi Kwon won 'Preziosa Young 2011', which is an international jewelry competition hosted by Le Arti Orafe Jewelry School & Academy in Florence, Italy.