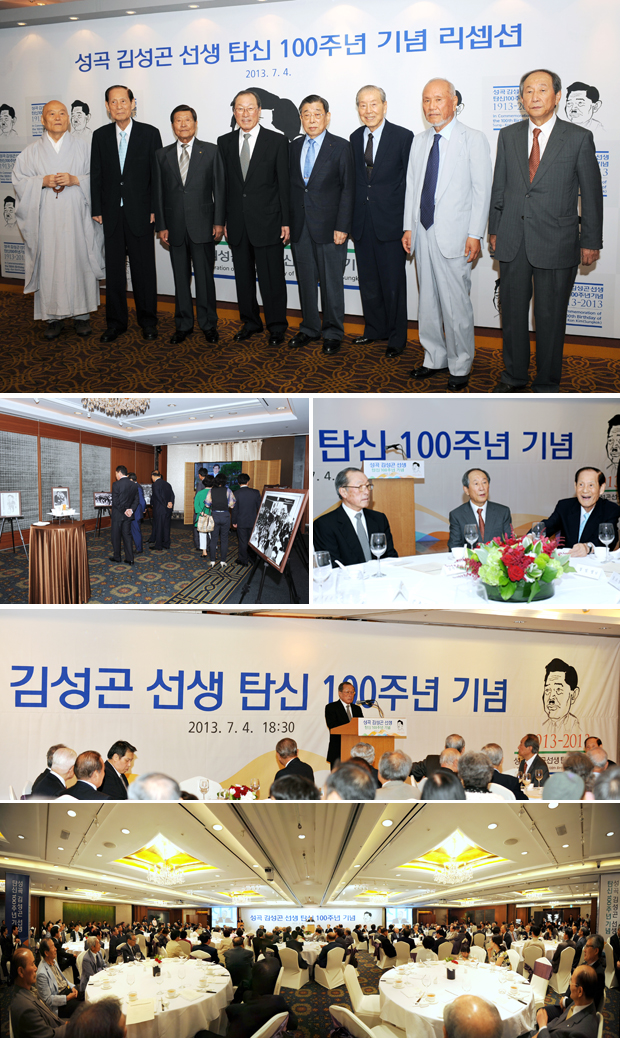 The ceremony that was divided into three parts was presided by Professor Ui-yong Yi of the liberal arts in Kookmin University starting from the commemorative video that depicted the life of Seonggok Seong-gon Kim, followed by the address of Chairman Han, Jong-wu in Bible Histories who was the chairman of the Committee for the Celebration of the 100th Anniversary of the Birth of Seonggok Seong-gon Kim, family representative’s greetings by the former CEO of Ssangyong Group Seok-won Kim, and remembering the life of Seonggok by the former chairman of the National Assembly Man-seob Yi. In the second part of the event, Professor Gi-yeong Park from Hongik University and Professor Hyeong-suk Yi from Shin Heung College sang the favorite songs of Master Seong-gon Kim, such as ’Hasuksaeng (lodger)’ and ‘Nodeulgangbyeon (Nedeul Riverside)’ were sang in memory of Seonggok Seong-gon Kim.

Chairman Han, Jong-wu in Bible Histories who was appointed as the chairman of the celebration committee said, “As a politician, businessman, journalist, and educator, Master Seonggok showed how to ‘live together’ and added, “Although many years have passed since the absence of Master Seonggok, we prepared this event to commemorate his passionate life.” Former CEO of Ssangyong Group Seok-won Kim who was the eldest son of Master Seonggok said, “All accomplishments realized by my late father 38 years ago were left in records and I hope that today’s ceremony will remain as another record as well as history

The students from Musical Theater in the Synthetic Art Graduate School, raises a flag in the ‘…

Unveiled academic symposium and quotation monument for the 100th anniversary of Seonggok Kim, …