The students from Musical Theater in the Synthetic Art Graduate School, raises a flag in the ‘2013 Spoleto Festival’ 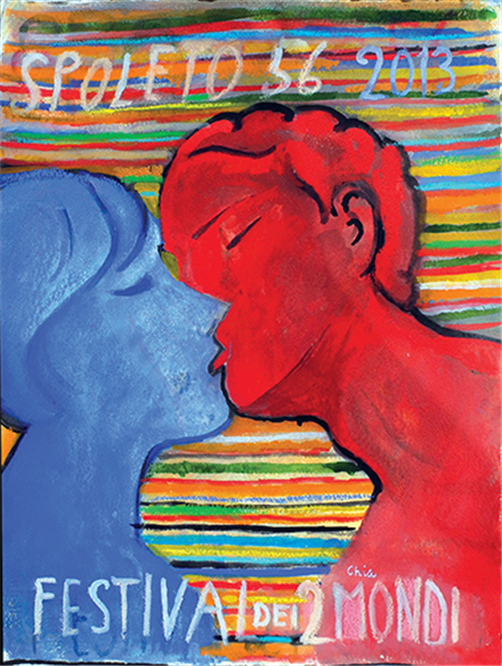 The students majoring in Creative Musical in the Synthetic Art Graduate School participated in the 'Festival dei Due Mondi (Festival of Two Worlds)’ that was held in Spoleto, Italy for about 15 days from June 28th to July 14th.

Founded by composer Gian Carlo Menotti who won the Pulitzer Prize in 1958, ‘Spoleto Festival’ is the venue for integrated arts of dance, theatre, opera, music, and visual art. In this world-renowned art festival, artworks of famous stage directors, musicians, dancers, poets, actors/actresses, painters, and designers are introduced through performances and exhibitions. Especially, Robert Wilson (1936 ~) who is the world’s best theatrical director and Mark Morris (1956 ~) who is the pioneer of the postmodernism dance are invited, drawing immense public attention. 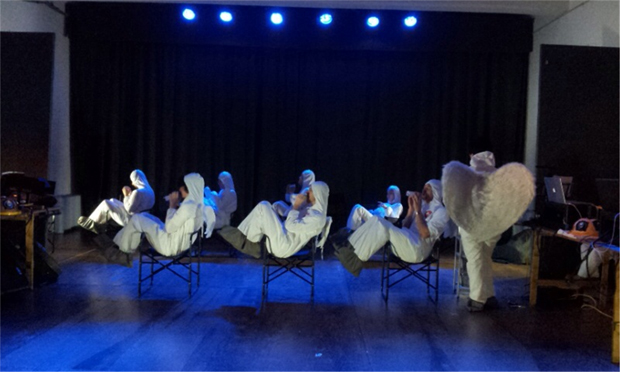 As the play entitled ‘The Love and Dream, Painted with Song’ that is the work of a performance group called ‘Singing Actors’ was officially invited in the festival, the students of the Synthetic Art Graduate School and Graduate School of Kookmin University participated in the event as actors/actresses and staff. ‘Singing Actors' is a performance group founded by Ahn, Byeong-gu and Jeong, Ja-yeong who are lecturing in the Musical Theater of Kookmin University (doctorate course majoring in theatricals and creative musical, planned and produced ‘The Love and Dream, Painted with Song’). Especially, the musical play with Professor Martin Herman in the Department of Composition in UCLA through the Cole Laptop Ensemble initiated the international exchange for creative musical plays.

The theme of this performance was ‘voyage’ and it portrayed the course of our lives. The stage was progressed under the deep sea and the universe beyond earth, transcending spatial limitations. Also, the agony on life and death that are the greatest issues of our lives was sublimed into the performance and eventually, the actors and actresses were turned into an infant and corpse while artistically addressing the global issue on surrogacy and euthanasia. The director Ahn, Byeong-gu expressed joy, anger, sorrow, and pleasure within free space and time using not long German Lied for the audience to naturally and easily understand the themes, which might seem heavy and serious, as if looking at a beautiful picture. 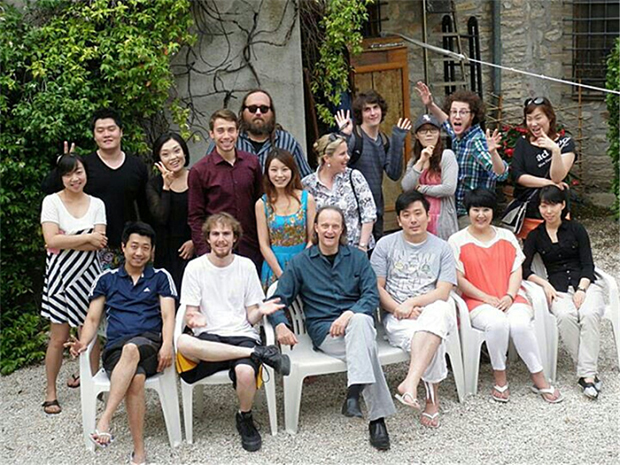 After the performance, it was highly praised as ‘an interesting and experimental performance’ through local press and media. Driven by such favorable review, the invited performance in the La Mama Theater next year in New York is being discussed. Moreover, the Cole Laptop Ensemble that played together was the students in the doctorate and master’s course in California State University and since they are highly interested in the curriculum and performance of the Synthetic Art Graduate School and Graduate School of Kookmin University, it is planned to invite the students to Kookmin University for this winter. Especially, Dr. Martin Herman was deeply moved by this performance and suggested a joint tour in Italy, Germany, and Czech Republic next year.

The performance this time served as an opportunity to take on a new challenge and open up new possibilities in the Creative Musical and actor/actress training program of the graduate course in Kookmin University. Through dynamic and unique creative activities, it is expected to uplift the status of the Art Graduate School of Kookmin University.

Kookmin University, selected for BK21 Plus Project of the Ministry of Education