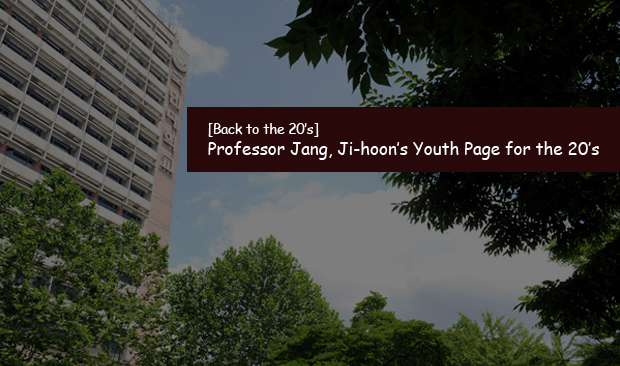 2012 is already gone and 2013 has come. Did you achieve your New Year’s resolutions to some extent?
If you started the New Year without any plan, consider what you should do to fill one year. To give you ideas for that, we met with Professor Jang, Ji-hoon from Nano Electron Physics, and talked about youth and student life. Let’s now take the time to think what we should do.

Q. We have a question about your college years. What was your major at your university?

Q. Do you have a professor who is close your heart?

A. I remember my academic professor of the doctoral course. I studied my doctorate in the United States, and an Italian professor was my academic advisor. In the U.S., 1 professor and 5 students generally study together, but my professor did not accept many students, so I was able to study alone with him for 2 ½ years. I felt like he was my family, not my professor. I had help from him, and I helped him a lot. One day, I had corn stuck in my teeth so I could barely speak because my gums were swollen. I was not able to go to the hospital because for a foreigner like me it costs a lot of money to get medical care in the United States. Then my professor, realizing that my pronunciation was abnormal, took me to hospital right away even before I could finish the words – I’m Okay. He had me receive the medical service in his name.
Let me tell you of another experience I had. While working, the lab became filled with smoke because of something I did, and it was very dangerous if the covers on the experimental devices on the ceiling could not be closed. Someone had to close them, so I climbed up there, but my professor yelled at me to just leave them that way. Laboratory devices cost about 2~3 trillion won at that time. When I closed all the covers and was coming down, I felt dizzy and fell but my professor caught me. I did not get hurt but my professor broke his rib. There are many other things I appreciate, and he was always nice to me. I often keep in touch with him these days. (Laugh)

Q. There was an autumn festival at our university; I think it would be different from your college years. Did you have any interesting experiences?

A. My college years were from 1986~1989. As you know, there was a pro-democratic resistance at that time. Especially, in 1987, there were many times I was outside rather than in the classroom because of the 6.10 resistance. The festival was influenced by this atmosphere. We protested a lot of times. Um... except for this: I was a member of an amateur wireless club named ‘HAM’, where I made a PR movie using an IBM XT PC.
I got a lot of attention, because there was some time before the video came out. I liked making something better than drinking or hanging out, so I do not remember much about the festival things. 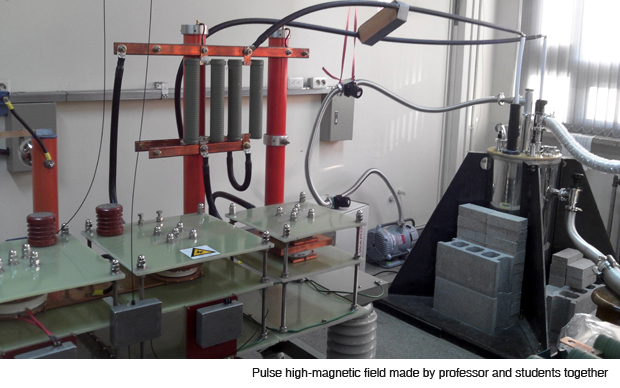 Q. Why did you decide to choose this career?

A. I had to get a job after graduation in the poor economic conditions of 1997 in Korea. Actually, I was going to get a job in a laboratory, but it would be difficult to do work because of layoffs. I was studying abroad so I was worrying whether I would go back to Korea or not. Then, I had the chance to do work at a Silicon Valley company based in the electronic engineering I studied in university. So I took a job at Silicon Image which was a venture business. Silicon Image was one of the first companies which made DVI chips needed for semiconductor devices. I also helped develop this. Suddenly, I felt doubts about work keeping me too busy. I was so busy in my work, so the research I wanted to do got behind. I had worked 4 years, and I wanted to study physics again. Then, I started working for Kookmin University as a professor in 2003 after applying through a recruitment announcement.

Q. These days, university students are getting stressed like office workers. Is there a special stress reliever you recommend?

A. I relieve my stress by making something. Do you know about plastic models? Putting together plastic models is my hobby. And I color them myself too. But there is no time to build them because I’m too busy these days. I still have made a model which I bought 7 years ago. When I don’t have the time, I relieve my stress by listening to classical music. I have music on all day long. I also recommend students to workout. Every person has a different method to relieve stress, but physical activity helped to get rid of stress for me. 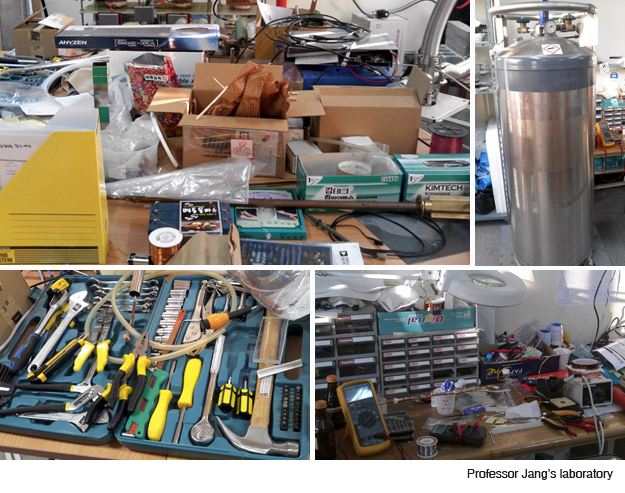 Q. If you were to go back to being a university student, what would you want to do at first and why?

A. I would want to study faithfully. There is a different satisfaction level for each person. I want to do more study because I was not satisfied with my studies. I also wish I could go out with a girlfriend earlier. Men and women are so different, right? It is difficult to understand without having experience. So if I could meet many people and we had a lot of time to know each other, I could understand them more easily.

Q. Do you have any advice to the Kookmin student who is in their 20’s?

Second, if you have done anything, whatever it is, it could be helpful for the future. I mean ‘anything’ that you have really made an effort for. There is no meaning if you do a slapdash  job or drop out in the middle of something.

Third, your mind defines the limit. There is nothing you cannot accomplish. Of course, there are the innate things people cannot do by choice, like men becoming pregnant, but almost everything is that which you can do. I really feel sorry that the young people who give up even before they try. If you think like that, there is nothing to accomplish. Also, you should look back to see whether you really tried your best or not. You have the option of thinking: ‘just do it’.

I was dazed when the professor asked “Did you try it?” Have I tried anything seriously? I was just too busy to trying not to be behind. There would be no progress if I only dreamed to faintly like someone else. Have you tried something really hard? If you cannot say ‘yes’, let’s start to do anything that you can try your best at right now.

Dean of graduate school ,Roe Kyoung Jo’s collection is on display at the British Museum