Dean of graduate school ,Roe Kyoung Jo’s collection is on display at the British Museum 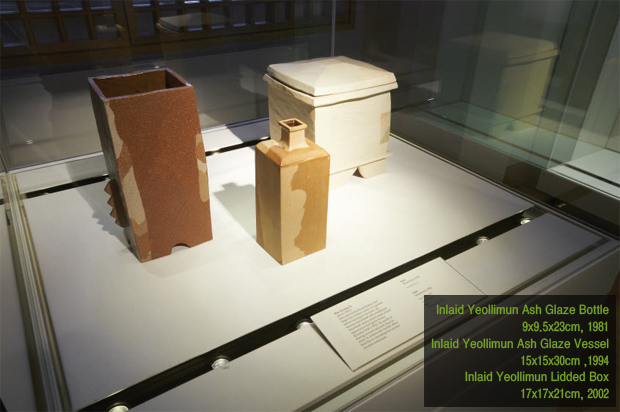 Department of Ceramic’s Professor Roe Kyoung Jo’s collection has been on display in an independent display case at the British Museum, Korea Gallery as modern pottery artwork since Oct, 19th.

Professor Roe, considered a master of Yeonlimun porcelain and who has built his unique artwork, grabbed the chance to show his Yeonlimun artwork previously in 1980, 1990 and 2000 for exhibition at the British Museum and remind us of his work’s history as an artist.

Yeonlimun first appeared in the Koryo dynasty, but it soon disappeared because the making technique was so difficult and exacting. It had almost disappeared when 30 years ago professor Roe reinterpreted it from a modern viewpoint finally restoring it. To promote Korea’s own technique, Yeonlimun, to the world, the original Korean name is used literally for this exhibition carrying a lot of meaning.
His work in the 80's and 90's were already on display in the British Museum in 1994 and he sent an extra piece in the 2000's per the museum’s request last November. So his 3 pieces from the 80's, 90's and 2000's have been on display at the museum over a period of 10 years.

Professor Roe’s connection with Great Britain can be traced back to 1983. At that time, to celebrate the 100th anniversary of the establishment of diplomatic relations between Korea and Great Britain, he was selected one of the 13 prominent potters representing Korea and held an exhibition at the Royal Festival Hall in London. Since then, he has been doing artistic work consistently: the Air Gallery in 2006, Invitation Exhibition of Gallery Baeson in London in 2007 and his work has been on display in the Victoria & Albert Museum since 2010.

Also, he is trying to acquaint people with Korean style pottery all over the world by displaying his pieces in many countries other than Great Britain such as the USA, China and Japan, and he has contributed to introducing Korean ceramics to people involved with art from many countries by inviting foreign curators to Korea through the Korea Foundation at the Ministry of Foreign Affairs and Trade in 2001 and 2011.
This exhibition in the British Museum is especially expected to help understanding of Korean modern ceramic work and provide the opportunity that Korean modern pottery extends throughout the world.