A Special Field Trip for Students from Harlem

About the school and its founder

On March 31, about 100 students and teachers from the U.S. visited Korea for a field trip. They are from ‘Democracy Prep High School’. It’s located in Harlem, Manhattan, New York. It’s a kind of public school, but, to be specific, it’s a charter school. Simply, charter schools receive financial aid from the government, but they are a little more independent than traditional public schools - especially in teaching methodology. That system made Democracy Prep High School possible.

The founder, Seth Andrew, was a native English teacher in Cheon-an, Korea. At that time, he was very impressed by the Korean education system, language, and culture. Therefore, after going back to the U.S., he decided to set up a school like a Korean style one. The most special thing is that the first school he made was established in Harlem. Actually, it was known for being a slum area and where mainly African- American people lived. Also, in Harlem, people are too poor to get a good education, so they usually showed lower interest in studying. That’s why his first choice seems really unusual and unique. 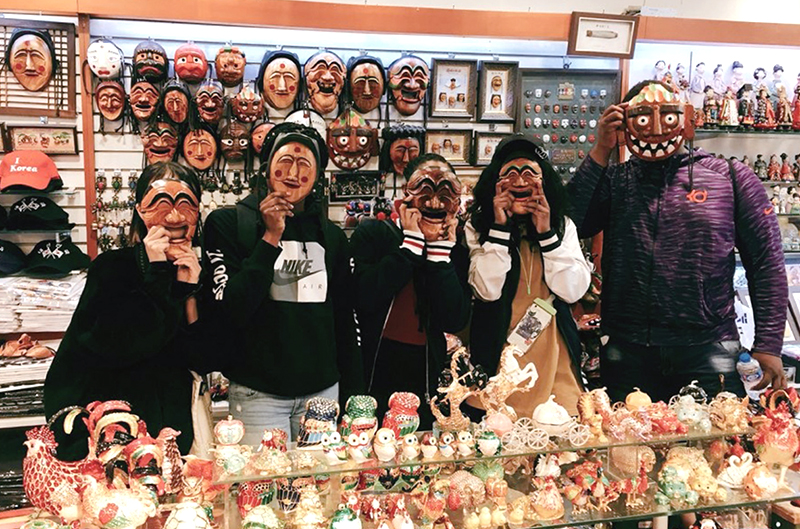 Moreover, all students were required to take Korean language classes 4 times a week and had to pass a Korean exam to graduate. At Democracy Prep High School, Korean is also included as a core subject as well as other subjects - math, English, literature, etc. Also students should obey some strict rules just like in Korea. For example, students should be neat in wearing their uniforms and care about attendance and lateness. Another interesting thing about this school is that they provide a variety of after school classes about Korean culture like Korean traditional dancing, K-pop dancing, Taekwondo, and so on.

After a few years later, Democracy Prep High School made amazing academic results. Many students developed their studies and finally went to college. They became well known and started to build more schools in other states. Now there are 22 of these schools in the U.S. , but among them only 6 high schools teach Korean. In addition, they annually come to Korea as their field trip during spring break.

This year, Democracy Prep High School students visited Kookmin University and communicated with some Kookminians. 13 students from Kookmin University helped DP students to have a great trip in Seoul. From 9 a.m. to 1 p.m., students gathered together on campus and started to accomplish their given mission. It was called ‘DP Amazing Race in Seoul.’ This is what it is. Before beginning, each team consisting of 6-8 students was given the same amount of money. They created a team name and the mission started. At that time, everyone already knew where they had to go during that limited time because the school had informed to the participants by the e-mail before. Here are the missions they tried to carry out. 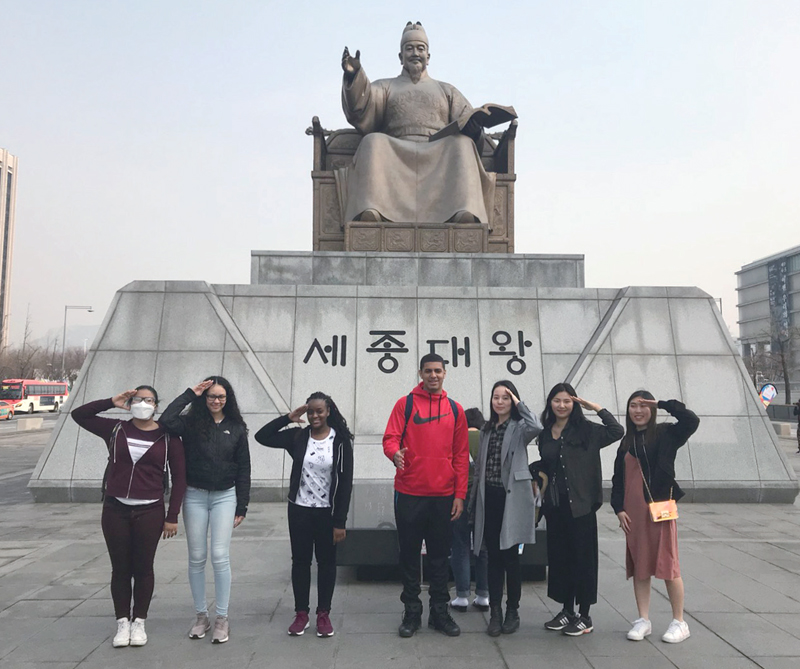 One of the students, Hyeon-do Choi, who volunteered for that event said that although DP students tried hard to speak Korean, sometimes it was easier to communicate with them in English. Though their Korean is still not enough to communicate with Koreans fluently, it is surely meaningful that lots of foreigners are interested in Korean culture and actually use it in their lives. For sure, it was a special experience for both volunteers and students from DP. Surprisingly, before DP students go back to the U.S., they appreciated this event as the most interesting experience among their trip in Seoul.

Working as the Main Agent of Your Class