[Another Kookmin*People] The passionate but tough guy from Belarus: Let’s meet Andrey Sacarlow(School of Business Administration) 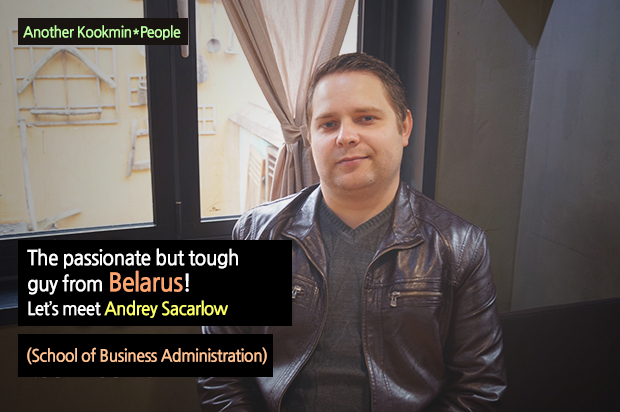 Have you heard about a country called Belarus? As a small country located adjacent to Russia, it takes pride in its amazing natural scenery. It is also famous for having the world’s biggest beauty contest. Similar to Korea, Belarus has a sorrowful and tragic history. In Kookmin University, there is another Kookmin*People from Belarus. This dynamic character is in love with exercise and sports! He is also a genius of transformation who appears in dramas, films, and music videos! He is a true tough guy who thinks every lesson and realization of life comes from one’s personal experiences. He faces any challenge without fear and calls out to enjoy the present! Let’s meet Andrey Sacarlow, a veteran foreign student who has lived in Korea for five years. 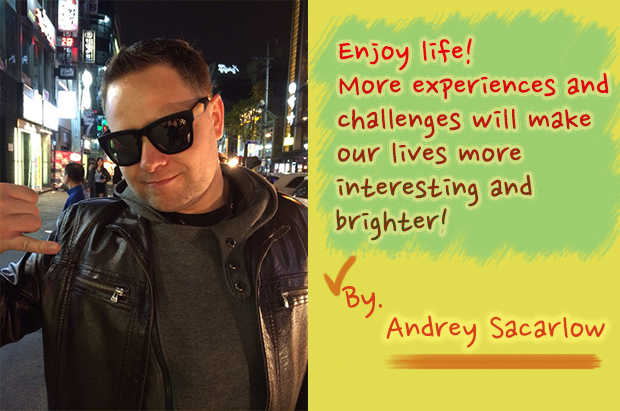 Q. Briefly introduce yourself.
My name is Andrey Sacarlow. My actual name is much longer than this but it is formally meaningful. My friends usually call me ‘Andy.’ I am from Belarus and I have lived for five years in Korea. I love sports and exercise. I consistently work out and like weightlifting. I also like hiking and martial arts like boxing and Karate. I started studying Taekwondo and Kendo after coming to Korea. I love ball games as well. I think I love things done physically. But, I also enjoy arts like drawings, paintings, and poetries. 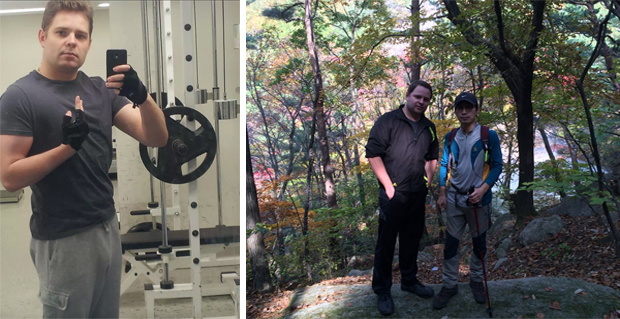 Q. You have lived in Korea for five years. What is your impression about Korea?
There was a special reason why I came to Korea. A Korean friend I met online invited me to stay in Korea and for several months, we became lovers. Now we broke up (laughs). I came to Korea with somewhat special reason and as I stayed in Korea, I got very interested in the country. Before I entered Kookmin University, I did not have much idea about Korea. But while staying in Korea, I fell in love with everything including Korean culture, food, and songs. Everything was fun and interesting. Eventually, I decided to study in Korea and entered Kookmin University. Now, I am preparing for a doctorate course. 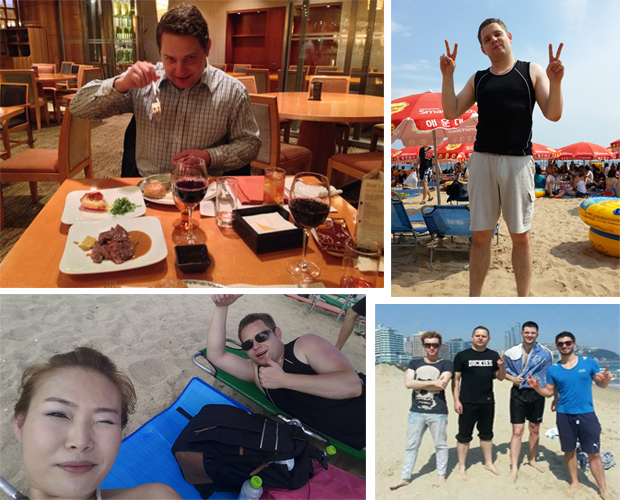 ▲ Andrey likes to travel and visit famous restaurants. To enjoy every moment - this is the motto of his life.

Q. There are many people who do not know much about Belarus. Can you briefly introduce your country to Korean university students?
That’s right. When I introduce myself, people do not understand when I tell them where I come from. Sometimes, I ask them a question like “Where do you think where I came from?” Then, most people would say well-known countries like Italy, Germany, Spain, and Russia. When I say that I am from Belarus, many people did not know where it was. I felt a little disappointed and sad so sometimes, I say that I come from Russia.

Belarus is located on the left side of Russia. It is a small country with less than 10 million people. We speak both Russian and Belarusian. Belarus takes pride in its splendid natural scenery. Since there are many forests and lakes, the natural scenery there is so beautiful. When compared with Russia, Belarus is said to be the ‘milder Russia.’ We have the same language and race as Russia’s, so we are often mistaken as Russians. But in terms of people’s character and nature, Belarusians are more gentle and kind. 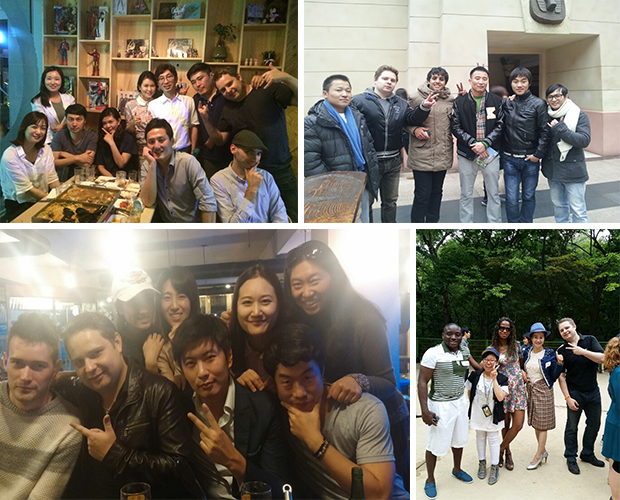 ▲ The hospitality and warm affection of Koreans. The reasons why Andrey loves Korea.

Q. Was there anything that you thought inconvenient or difficult while living in Korea?
Oh, there was one occasion! Of course most Koreans are friendly and nice but I was hurt by a Korean once. I started studying in Korea without being financially prepared so I had to find a way to provide for my tuition. I was worried about it and my friend recommended a job to me, which was to write a column/article from a foreigner’s perspective. At that time, I was not accustomed to living in Korea and had visa-related issues on how to receive legal salary since I was a foreigner. The employer who hired me promised that he would pay the salary so I worked for two months holding on to his words. I went to the office every day for two months but when the work was about to be finished, the employer kept delaying my payment and eventually, I was not able to get my salary. He took advantage of the fact that I did not have the right to claim the salary due to the visa I had at that time. I claimed my salary several times but it was pointless. Because of this, I was very disappointed about Korea and greatly hurt. I understood that such does not happen all the time but I really had a difficult life at that point. 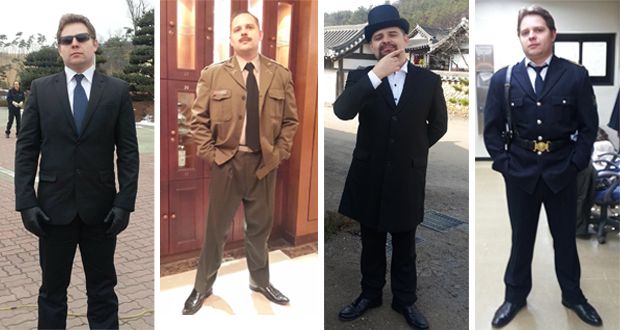 ▲ As an expert extra actor for 3 years,
the genius of his transformations has appeared in many films and media in Korea. 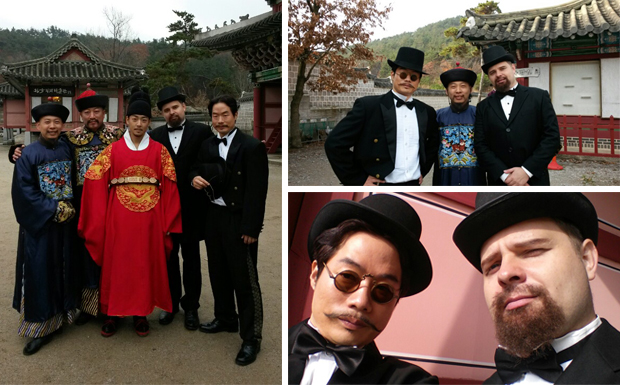 ▲ He acted in a historical drama as a foreign diplomat.

Q. I have heard that you appeared in the recently released film ‘Ode to My Father.’ How did you start participating in films?
It has been three years since I started working as an extra. I searched for a job to provide for my tuition and my friend recommended the job to me. My role in the film ‘Ode to My Father’ was as an American soldier. It was filmed in Gwangalli, Busan and the scene was the background of Heungnam withdrawal during the Korean War. I played an American soldier who gave chocolates to the Korean children. For those who haven’t seen the film, you will find me in that scene if you concentrate hard enough (laughs). Aside from the film ‘Ode to My Father,’ I appeared in many other works including the movie ‘No Tears For the Dead,’ and dramas like ‘Iris 2,’ ‘Secret Garden,’ ‘The King 2 Hearts,’ and many others. My roles were mainly as a foreign bodyguard with big body, American soldier, or member of special operation force. Maybe these roles really reflected my image. The people who worked with me asked me if my real job was as a solder. Some said I look like the martial artist Emelianenko Fedor. My nickname was ‘polar bear.’ A white polar bear! I think my image is similar to a bear.

I had many chances to talk to Daniel Henney and Ji-won Ha and they were really nice. I also appeared in the music video of Ulala Session. At first, I started this work to provide for my tuition and living expenses but while working in this field, I was able to know many people as well as discover the Korean culture. These have become precious memories in my life in Korea. 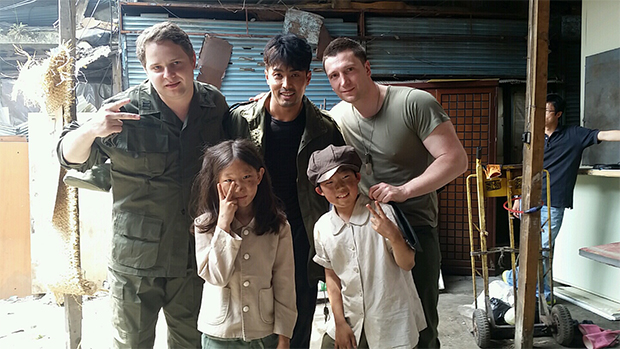 ▲ Including the film ‘Ode to My Father,’ he appeared in many films and dramas.

Q. What are your plans after graduation?
I am preparing for the Test of Proficiency in Korean (TOPIK). My goal is to achieve more than Level 5 by studying hard during the vacation. It has been 5 years since I came to Korea but I still think Korean language is difficult. I am still confused about the concept of casual and honorific expressions. If possible, I want to live in Korea after the master’s course, get a job, and get married here. I think of having my own business in Korea as well. Of course, I still need to improve my Korean and there are several difficulties due to visa and money issues. But since I love what I do in Korea, I will keep exerting efforts for the long term. 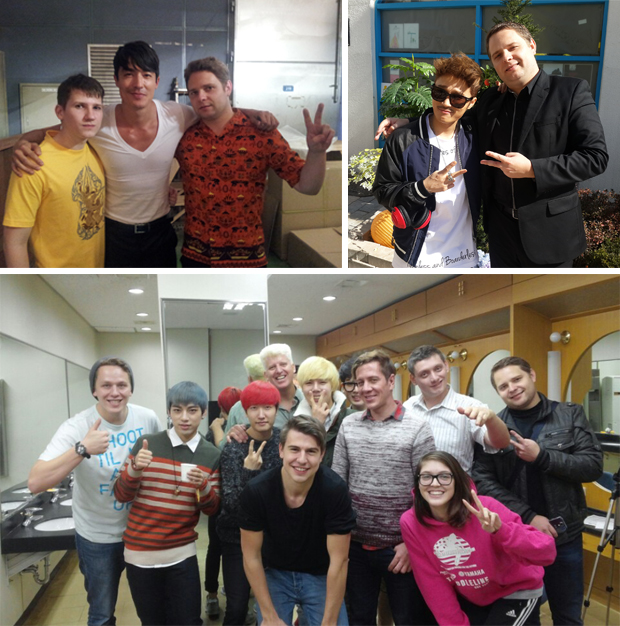 ▲ Communication and exchange with different kinds of people is the most interesting thing to him.

Q. Is there any message you’d like to share with other foreign exchange students and Korean students?
I personally think ‘university’ is the place for us to ‘experience’ many things, rather than the space provided only for ‘education.’ It is not important which university you are attending and where you are studying. The important thing is making the most out of the opportunities provided by the place and time you are in. Make the best use of the place called university. For new experiences and learning to be seen, heard, and achieved, I want you to wisely use what you have.

Andrey says it is not necessary to study in front of the desk most of the time because the true experience and lessons are not inside the classroom, but rather, outside of it. Although he is a veteran foreign student who has lived in Korea for five years, his life is full of new experiences and knowledge gained from being an extra in dramas and films and as a columnist. Like his tough appearance, he dynamically lives his life by having a passionate heart. Why don’t you plan your own life, without any fear, as the pioneer who challenges every moment for a better tomorrow?

The School of Business Administration Conducts ‘TBAKV’ Program in Vietnam

[Another Kookmin*People] The three warm-hearted handsome men: The ‘true story of Korea’ shared…