Aggregation, the 42nd graduation fashion show of the Department of Fashion Design in Kookmin University 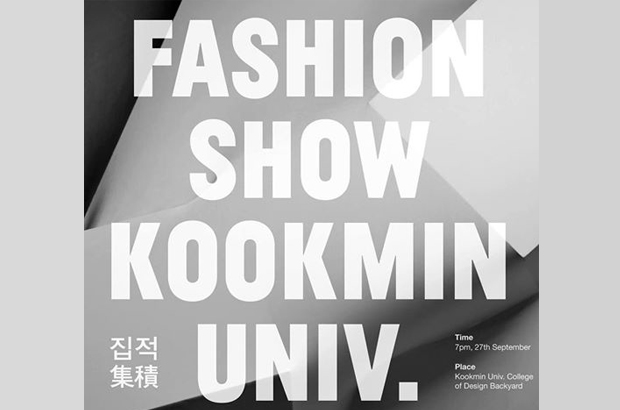 The 42nd graduation fashion show of the Department of Fashion Design was held at the northern square of the College of Design at 7 p.m. on the 27th. In the fashion show, total of 40 seniors and staffs and helpers from freshmen to juniors worked together. Not only the graduating students but also the undergraduate students from the Department of Fashion Design helped each other at the backstage for directing, model scouting, and promotion to present one unified show. 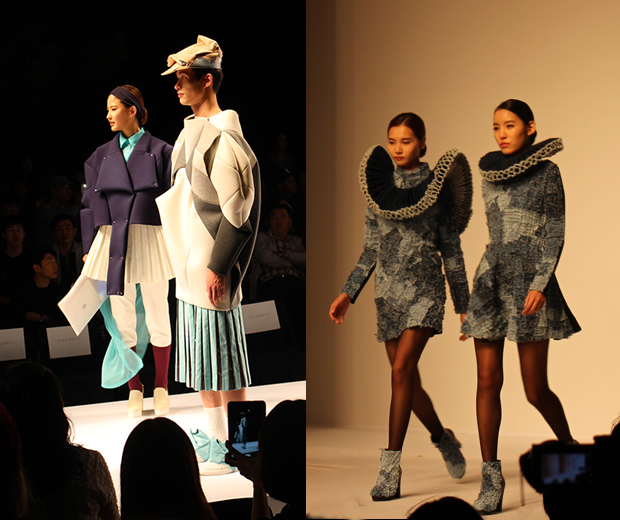 The theme of the 42nd graduation fashion show was ‘aggregation.’ As this word implies, it reflects ‘aggregated’ experiences and techniques of the seniors for 4 years. Since it is an annual event, it derived great expectation, interest, and love from the audiences. In this year’s event, clothes with dynamic personality and artistic value were introduced. From the design that reorganized the Korean traditional costume Hanbok and dresses with elaborate and gorgeous patterns that reminded us of paper-cut pattern to witty design inspired by animation characters, new designs that varied familiar materials created a refreshing impression. 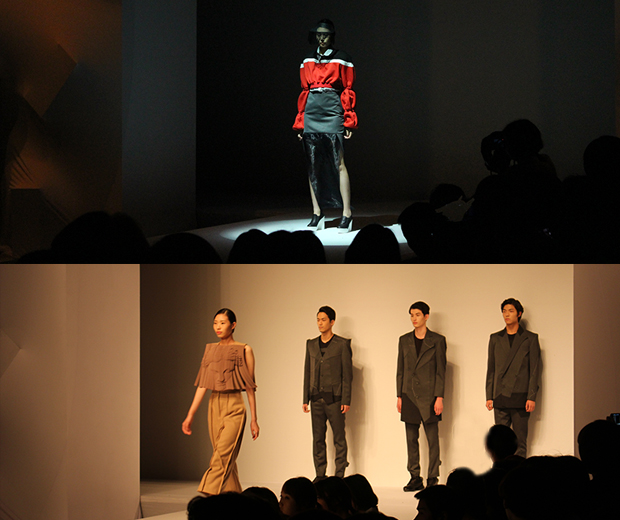 In the fashion show that was composed of 8 themes in total, unique and distinctive works of the graduating designers were presented for each stage. Various shapes, colors, and materials that matched with the costume concepts were harmoniously combined through professional approach. The newly created design that boldly reflected the unique ideas of each designer while attempting to bring variation from the existing design frame was the feature highly evaluated among the judges. 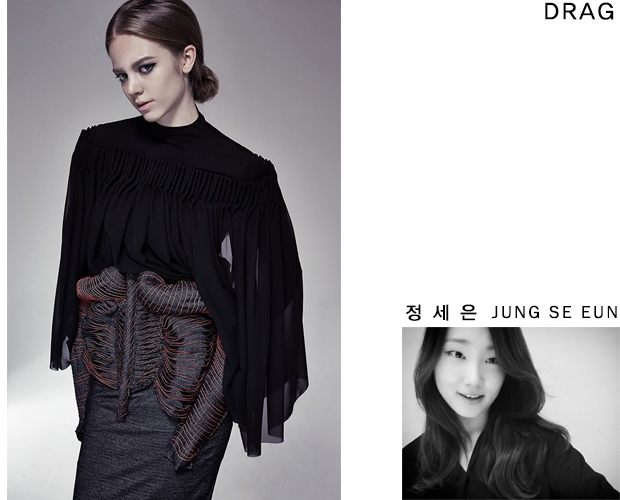 The concept of graduation work ‘Drag’ by Se-eun Jung started from materials and colors. Initially, she developed materials to reflect the gentle sound of materials for her design and after several attempts, she was able to utilize pleats that highlighted the smooth flow of pleats. In the process of actualizing her design images, she was inspired by the works of a Polish artist Julian Stanczak. The countless parallel lines shown in her works flew down by the pulling force of the designer to form curves. Through such works, the unique body contour was expressed in straight lines. A series of straight lines that were aligned without particular direction was pulled down according to the designer’s will to create body-embracing curves. It was unique to express the curves of internal organs and spine through a flowing-down expression. 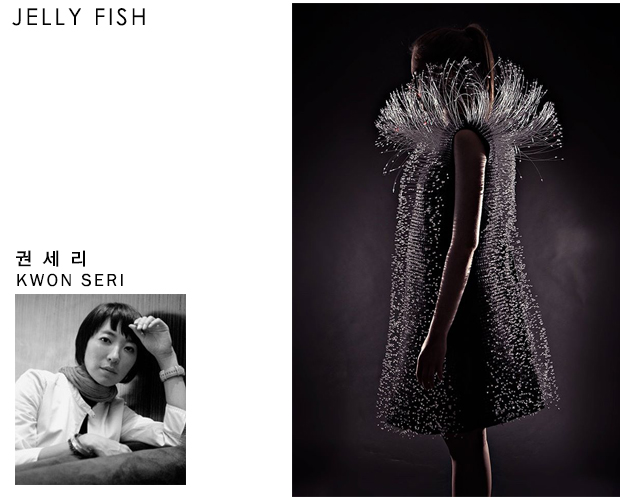 The concept of the ‘Jelly Fish’ by Se-ri Kwon was easily understood if you have seen the movement of jellyfish in an aquarium because it attempted to express the look of jellyfish into a costume by deriving texture, color, and change based on light in the jellyfish. The light that was changed in the dark stage along with the movement created mysterious atmosphere.

Including Se-ri Kwon, the impression of the student participants was the same. Since the fashion show was not exclusive for seniors, everyone who participated in the show felt the sense of union while preparing the event. For the students from the Department of Fashion Design, their previous experience has also helped them as they were part of the composite arts by taking a sense of responsibility to build the stage. The seniors said, “We were able to successfully finish the show as everyone in the Department of Fashion Design worked together for days and nights” and expressed gratitude to the juniors. 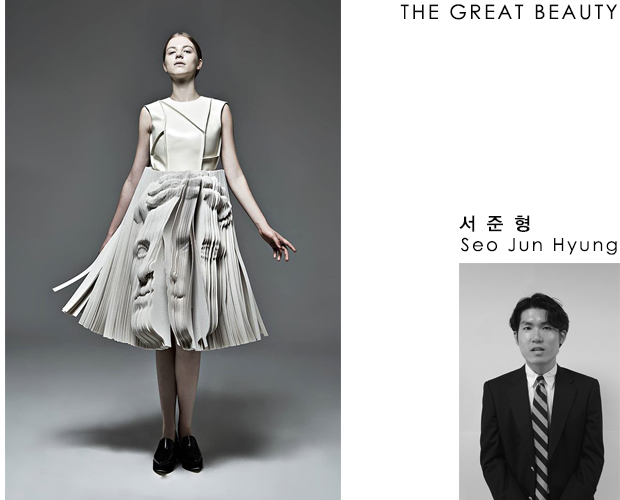 ‘The Great Beauty’ by Jun-hyung Seo was introduced for the last stage of the fashion show and it attracted the attention of every member of the audience. Since it paradoxically expressed the beauty of invisible human mind through costume that symbolized external visible beauty, his work was highly praised. The concept of his works was projection of internal beauty that existed in intangible value by directly showing the heads of characters’ in the Greek mythology that symbolized absolute beauty through hundreds of sections. Jun-hyung Seo said, “I want to become a designer who thinks first before designing, not the one who designs first before thinking.” He is expected to show marvelous design in his future.

If the students have cultivated the competence to grow in the university through a variety of experiences, it will be the time to seek an opportunity and pursue new changes in the society. We expect them to settle as a socially recognized talent and to realize this, it is necessary to create and lead the fashion trend based on challenging spirit and insight that can view the world from a different perspective.

The young students that dye the space with green! The very site of 2014 APRM - Korea!