Unification - It will be hard, it will be good, and it will happen 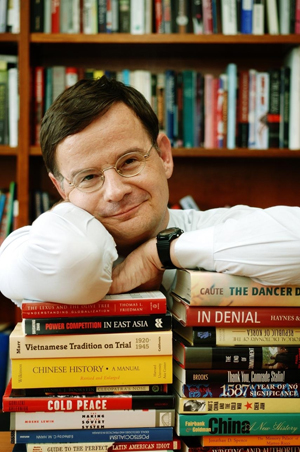 One of the things that surprises foreigners who arrive in Korea for the first time in his or her life is how indifferent the South Koreans, especially younger South Koreans, are to the “North Korean” question.  Indeed, the world media usually mentions the Korean Peninsula in connection with North Korean antics, so foreigners assume that the North must be a “big topic” here. However, it is clear that for the average South Korean nowadays North Korea does not appear dangerous. It does not appear attractive, either. Gone are the days when starry-eyed student activists fantasized about the North.
If one wants to describe the current South Korean attitude to the North in just one word, the best choice would be “indifference.” Older South Koreans, now in their 60s and 70s, were once afraid of North Korea which was seen as a great threat. The next generation, now in their 40s and 50s, once persuaded themselves that the impoverished hereditary dictatorship of the North was a sort of workers’ paradise or, at least, a viable alternative to South Korea’s “developmental dictatorship” of the 1980s. However, both illusions are dead. Nowadays North Korea is not feared or admired anymore. People just do not care.
This is quite sad. The Kookmin University campus lies merely 30 kilometers away from the DMZ. Virtually right next to us there is a large country with a population of 24 million. Those people speak the same language, but they are very poor, and their lives could hardly be more different.
In a sense, Seoul is like a city sitting on the slope of an active volcano. Much time has passed since the last eruption, so people who remember the last cataclysm are old or dead by now. The younger generations work in the fertile fields on the slopes, build houses just below the volcanic caldera and do not spend much time thinking about the next eruption. One could argue that this is a part of human nature. Of course, it is. But such an attitude might be dangerous at times.
Sooner or later North Korea will come to feature prominently in the lives of the South Koreans. Yes, a second Korean War is highly improbable, almost impossible. Nowadays, it is far more likely that North Koreans will come to Seoul as impoverished refugees, not as soldiers. However, this will still mean a number of hard choices and risky decisions.
The division of Korea has lasted for some 65 years, so people have become used to the present situation. But it is not going to last forever. Many South Koreans dream of gradual, managed (and manageable) unification. If such a thing were possible, it would be a great opportunity, but, alas, such unification is, essentially, a fantasy. In all probability, when the change does come, it will be dramatic and unpredictable. Alas, an evolution is not too probable. Far more likely, we will face a sudden revolution - both inside North Korea and in the relations between two states on the Korean Peninsula.
It seems that in recent years cracks are appearing in the foundations of the North Korean regime. The North Korean people are better informed about the life outside their borders, and they are less afraid of government persecution. Yes, the North Korean elite is united: they understand that any relaxation of political control will lead to a social upheaval on a large scale. All (or nearly all) foreign powers would prefer to see Korea divided or, at least, would like to maintain the status quo, but common North Korean people are becoming more restive than ever.
And what if North Korean dictatorship starts falling apart? For South Koreans it will mean that many important decisions will have to be made. Will South Korea send its forces to the North? Will South Koreans accept and welcome such a decision if those forces have to fight with elements of the North Korean military? Or will South Korea wait until other powers (above all, China) decide to do something about the ongoing crisis - with full understanding that the cost of such caution will be a loss of any hope to regain national unity in the foreseeable future? To which extent will South Koreans be willing to accept their Northern brothers and sisters - often undereducated and very, very different? How much of their hard-earned income will South Koreans agree to share?
These are difficult questions. But I personally believe that in the long run the unification of the country is the best solution available. If the Korean Peninsula remains divided, it will mean a great waste of resources and human energy. A divided Korea will also remain more vulnerable to outside pressures, being used by the great powers for their own purposes. So, if the opportunity for unification avails itself, it should be accepted, even if it means decades of lower income and harder work. Unification is necessary for the next generations, but it will not be smooth, and it will not be cheap. It will require much hard work and sacrifice.

Gender does not exist

Proud of Being Korean and Kookminian