Proud of Being Korean and Kookminian 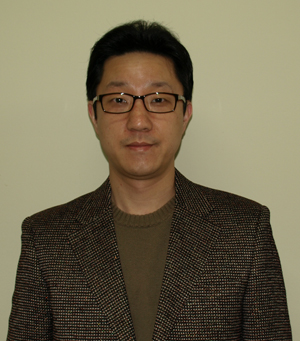 After spending 10 years in the United States as student and professor, I finally came back to Korea to begin my new life at KMU. I’ve gone through so many changes for the past 10 years.
Above all, I became to take greater pride in my home country Korea and being Korean. In 2000, when I left for the United States, Korea was suffering from a serious economic crisis. The crisis made all Koreans, including me and my family, worried about their future. Almost every day, mass media were making claims for the need to bring emergent remedies and renovations to the social, economic, and political systems of Korea. Literally, there was little that ensured the possibility for Korea to turn around from the crisis, let alone moving forward to become a developed country.
However, my perception of Korea has dramatically changed ever since. First, I got really impressed to see my fellow Korean students who endeavored to study hard. Many of them stayed up all night in the library. Korean students were always the ones who studied hardest in class despite deficiency in English. Conferences were filled with Korean students and their research papers making substantial contributions to the advance of the field. At the same time, Korea was recovering from the financial crisis at an unprecedented speed, and the 2002 World Cup surprised the world not only because the Korean national team made the fourth place but also because such a small country was able to manage the entire event so successfully. I won’t forget the joyful and exciting moments that I shared with my friends ever.
All of these have made me view Korea from a quite different perspective than before. Above all, I became to believe “We can make it” and to expect that we can catch up with other advanced countries sooner or later as we try harder.
After earning a Ph. D degree, I luckily got hired as faculty at Texas State University near Austin, Texas. Five years I spent there further changed my perception of Korea from expectation to pride. First, I couldn’t believe the fact that I was teaching American students in English. However, I was not the only one who was dosing so. Many Korean professors, all from such a small country, were educating American students in their language making positive impacts on their future lives. Meanwhile, Korean companies, such as Samsung, Hyundai, LG, and so on, have made impressive progresses to get recognized as top global companies. And now Korean-made products are viewed as quality ones all around the world.
In my International Advertising class, I took a survey from my students asking them to write some thoughts and images popping up in mind when they thought of Korea. The result amazed me. The list of words was filled with all the positive ones as follows: bright, advanced, technology, success, cultural heritage, and so on. I truly evidenced that the new generation of Americans were viewing Korea and Koreans not simply with praise but with awe. Given that such a dramatic turnaround was made within the short period of past 10 years, it is indeed admirable.
After long years of stay in the United States, I came to KMU with lots of expectations and aspirations. Above all, I’d like to let students know that we Koreans are now setting new standard for success, and many countries are trying to emulate our achievements. Interestingly, I noticed that in 2009, KMU set a new vision, KMU1010, to become a top 10 university within the next 10 years. As Korea and Koreans made such amazing achievements within the past 10 years, KMU will also make it happen for sure. As a researcher and professor, I will do my best so that all others praise and admire Kookminians and that we Kookminians take pride in ourselves.

Unification - It will be hard, it will be good, and it will happen

Is Baduk a Panacea?