Polanyi in Davos: For Whom the Bell Tolls? 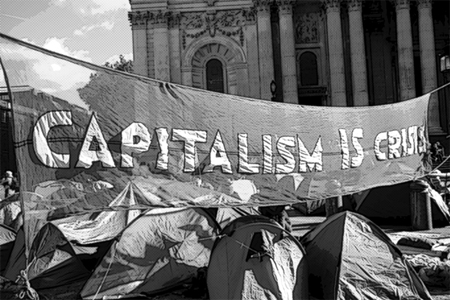 No one could have ever imagined encountering Karl Polanyi in the Swiss ski resort of Davos in 2012. Karl Polanyi, a Hungarian political economist who died in 1964 and the author of The Great Transformation, is famous for his bitter critique of market economy whereas Davos, the venue for the annual meetings of the World Economic Forum (WEF) since 1971, is the emblem of the great triumphant capitalism. Ironically enough, this year’s theme for the Davos Forum was none other than the Great Transformation, the same title as the Polanyi’s book.

As usual, the Davos Forum 2012 addressed major economic issues confronting the world. However, unlike other years, the Forum took on extremely unconventional tones. The Forum featured such doom-laden sessions of rethinking capitalism, reducing inequality and solving Europe’s financial crisis and raised the main question of whether the 20th century capitalism can survive in the 21st century society. It is reported that the mood of the Forum was quite pessimistic and defensive. Karl Schwab, the founder of the WEF, even mentioned that capitalism, in its current form, had no place in the world around us.

Why this sudden change to pessimism? One major contributor to this pessimism is of course the global economic crisis in general and the ongoing European financial crisis in particular. The advanced capitalist countries have plunged into deep economic recessions since 2008 and the current economic situation in Europe is serious enough to openly discuss the doomsday scenario. It would be absurd to be optimistic about the future of the global economy under these circumstances.

The objective and analytical discussions of the current economic conditions, however, constitute only one side of a coin. The other side of the same coin consists of “the Occupiers” who erected seven igloos and two yurts in Davos. The Occupy Movement which began as a protest against economic and social inequality in the Wall Street in September 2011 is nothing new if one considers many variants of anti-globalization and anti-neoliberal protests. However, it cannot be denied that the Movement has become the emblem of the public backlash against capitalism along with the growing social unrests across the globe.

In a sense, the Occupy Movement is nothing but a prophecy of Karl Polanyi. More than six decades ago, Karl Polanyi argued against the orthodox liberal idea and claimed that “self-regulating” market economy is a myth. The social dislocation resulted from the separation of free market from the fabric of society would bring about social protectionism as a natural response by society. No one can hardly deny that the revival of the orthodox liberalism and the concomitant growth of the footloose capitalism since the 1980s have brought about social and economic polarization in almost every country. As Polanyi prophesized, the Occupy Movement and the public resentment thereof is a natural response by society.

This state of current affairs has made the world-famous advocates of free market economy admitting that capitalism in its current form needs a radical revision. However, they do not seem to be fully sympathetic to the Occupiers yet. Quite naturally to them, revising capitalism is one thing, and preserving free market principle is another. With this discrepancy being a bone of future contention, it is worth noting that both the advocates of the free market economy and the Occupiers actually converged and shared the same languages of Karl Polanyi in 2012. After all, the bell begins to toll. And we will see for whom the bell tolls in the end.

The Origin of the Image

Focus on Leatning no Grades