How Starbucks Changed me 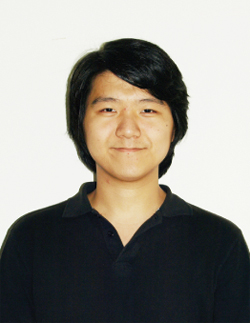 Hello! My dear friends. I'd like to tell you about my part-time job. It has affected my perso-nality and my life. My legs are heavy. I'm exhausted, so I could sleep for a day. This is me after a day at work. I work at Starbucks, and I'm a part-timer. You might think it's easy, but it's not, believe me, it's not easy at all. It took about three months for me to adapt myself to my job.

I love making coffee. That was why I applied for the job. I thought I was going to be making a lot of coffee, but I couldn't have been more wrong. The first month, I couldn't even touch the coffee machine. All I did was dirty stuff like washing dishes and mopping the floor. Not only that, I was told off so badly by my supervisor, so I was mentally exhausted. Part of me told me that I should quit Starbucks, but the other part told me to stay. I decided to stay. It turned out to be a wise decision. I learned a lot there, and I'd like to tell you some of the details.

First, I became kinder. I often heard before that I'm a bit brusque. Even I think I am. However, since I started working at Starbucks, I've become softer. Before working there, I talked without smiling. When I was angry, my face showed that I was angry. I couldn't and didn't like to conceal my feeling. That personality made it really hard for me to work at Starbucks, because my supervisor didn't like that at all. She often threatened me by saying that I would be fired if I didn't change my personality. To stay alive there, I had to change my personality. 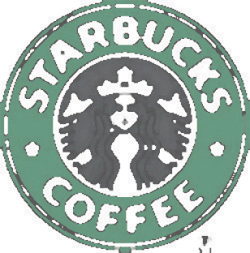 Second, I became friends with many people there and I was loved by them in return. Not only that, I was able to make friends with many influential people. One of them was a producer working for MBC. If I hadn't been working at Starbucks. I wouldn't have had that chance.

Third, I learned the value of the money. Before working at Starbucks, I was quite lavish with my money. I did whatever I wanted to do with my parent's money. If I wanted to drink some water, I bought Evian or Volvic water. I bought the book even if I could borrow it from the library. However, after working at Starbucks, I couldn't buy Evian or Volvic water because I didn't want to waste the money I had earned by working so hard. Nowadays, I spend the money when I really need to.

Starbucks changed me in lots of ways. My personality, my social relationships and my attitude toward money. It wasn't easy working at Starbucks, but it was a good decision. It helped me develop myself in lots of ways. If there is any Kookminians who hasn't had a part-time job, I urge you to apply to Starbukcs or any other job. It might be hard physically, but there will be a great reward for you. I hope my story has inspired you.

The Ancient Greeks and the Balancing of the ‘Self’

A Multitude of Memories in Seoul