The Ancient Greeks and the Balancing of the ‘Self’ 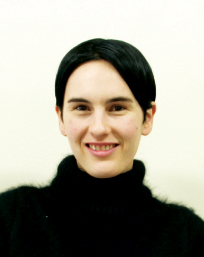 The Ancient Greeks were a polytheistic culture, which means that they believed in the existence of many gods. They did not believe in a type of pure good which had to be balanced by pure evil, but rather that people and gods had both negative and positive aspects to their natures. Through studying the Ancient Greek culture, scholars have been able to gain insight into not only the culture and belief systems of the Greeks, but have also been able to gain an understanding of human psychology in general.

Two of the most important deities of Ancient Greek religion were Dionysus and Apollo; both were sons of Zeus, the king of the gods. Apollo was the god of the conscious mind, of rational control and moderation, whereas Dionysus was the god of the unconscious mind and instinctual life forces. Dionysus also represented emotional and behavioral extremes. Together, as sons of a divine father, they represented the integration of opposites and the different ways of communicating personal and artistic expression.

Both these gods represented important parts of the human psyche: self-discipline on the one hand and self-abandonment on the other. Their status as gods was seen as equal and therefore the domains over which they presided could also be seen to have equal importance. Through their worship and their blessings, balance could be brought to contrasting aspects of the human psyche, namely unconscious emotion and rational intellect.

Even though Dionysus was Apollo’s brother, he was completely contrary in their domain as the passionate god of wine. He reigned over wild nature and a person’s impulses and also represented the subconscious mind and human willful behavior. This might seem as though his gifts were counter-productive, in that wine and excessive emotions often leads to irrational and even destructive behavior, but his influence was seen to bring necessary release for the human mind.

Dionysus was the counter-part, the necessary balance to Apollo’s rationality and organized order. The ‘uncivilized’ worship of Dionysus was seen as essential for civilized life in that it brought about relaxation and a release of natural human compulsions. Human leisure was probably understood as important in that too much restriction also threatens society when people unnaturally restrain their natural needs.

Dionysus can therefore be seen as another part of our psyche, just as important as that of Apollo. Human beings have complex natures and numerous desires but on a basic level people have what Sigmund Freud called the id, ego and superego. Human impulse and desire was called the id, human ideals and cultural definitions of right and wrong, named the superego, and then the everyday concept of one’s self which must mitigate the id and the superego was termed the ego.

Through the Ancient Greeks belief of balance in all people and in their understanding of the gods, they demonstrated that one’s ‘self’ needs to find harmony between its logical ambitions and restraint, and its instinctive needs.

Just as too much indulgence threatens society and order, so does too much restraint influence the onset of depression, hopelessness or even an eventual outburst of excessiveness. Apollo and Dionysus represented the dual natures of people, showing that people cannot be defined one-dimensionally and need to appreciate varying aspects of their character.

In addition, neither people nor the gods were understood as either perfectly good or perfectly evil, but people were possibly encouraged to strive to be good with the understanding that perfect goodness was impossible to achieve. The balance of self can then be seen as an understanding of human nature and an acceptance of fallibility. By forgiving oneself one’s imperfections and instinctual needs, the pursuit of order, control and rationality was tempered with a realistic acceptance of what it means to be human.

Transferring To KMU is My Top Priority!

How Starbucks Changed me