Awarded 'Best Designer for 2014' by the British Council and the British Fashion Council / Hae In Seo,Alumnus(Department

Hae In Seo (Department of Fashion Design, Class of 2006) was awarded the 2014 Best Designer Award by the British Council and the British Fashion Council. It is the greatest recognition awarded to individuals taking part in the International Fashion Showcase (IFS) of London Fashion Week. This year's competition featured 146 designers from 27 countries, including Korea, Japan, Austria, Paraguay, and Vietnam.
The two leading British organizations for fashion were intrigued by unique interpretations inspired by horror movies. The main theme was based on the 1974 movie Feat Eats the Soul, directed by German director Rainer Fassbinder. The eye-catching skeleton design artificial fur coat featured in G-Dragon's music video last September was also inspired by this movie. We were able to get an interview with Hae In Seo over the phone. Despite her portrait in the media, which showed a confident woman wearing thick eye shadow, and despite her daring designs, her voice seemed completely innocent,showing surprise: "I didn't expect to win any awards." Ms. Seo has been in New York for her first fashion show, and was unable to attend the awards ceremony.

The British Council and the British Fashion Council first hosted the IFS during the 2012 London Olympics. Sarah Mower, the Ambassador for Emerging Talent at the BFC and a correspondent for Vogue US, states that the IFS "is a forum for forecasting the fashion trends by up and coming designers." Victoria Richardson, the head in charge of architecture. design, and fashion at the BFC, introduced IFS as "the stepping stone for rising designers to secure a spot at the London Fashion Week." Apart from IFS, BFC offers various projects that support fashion design students both financially and commercially. Richardson believes "fashion paves the way for a creative UK, and creative London." Hae In Seo was awarded in one of the most crucial programs offered by the BFC.
"After graduating, I hope to work with world class designer, Raf Simons," said Seo in the interview. 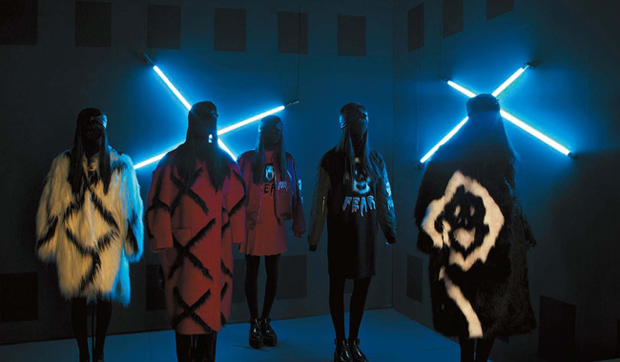 Popjussi’s Burst of Cheers in an Art Museum