An international student from Saudi Arabia attending at Kookmin Universityintroduced 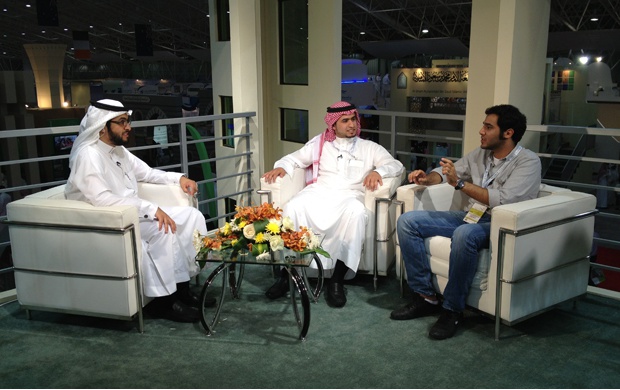 An international student from Saudi Arabia attending at Kookmin University majoring in Construction Systems at the College of Engineering, Mohammad AlGhamdi has participated at ‘The 4th International Exhibition and Conference on Higher Education’ which was held in Riyadh, Saudi Arabia hosted by the Saudi Arabian Ministry of High School Education from April 16 (Tuesday)~ 19 (Friday), 2013. While participating at the exhibition, he had an opportunity to appear on the Saudi Arabian Ministry of High School Education Broadcasting and had introduced Kookmin University with his life studying abroad in Korea.

During his 30-minute on-air interview, Mohammad has introduced the excellent Korean language education provided at our school as well as some interesting moments in the club activities that helped him in learning the Korean culture.

Since the program has been aired in the entire Saudi Arabia, this Interview has contributed in promoting our school's excellence. Moreover, this opportunity has served to spread the interest among Saudi Arabian nationals in the studying abroad programs offered in Korea.

Meanwhile, Mohammad participated in “The 16th Korean Language Speech Contest for Foreigners” which was held on May 15, 2013 (Wednesday) and was awarded the grand prize. He also shared his personal know-how on surviving 'after parties' as a Muslim.
Prev