The Department of Computer Science was awarded a bronze prize in the 19th Human Tech Paper Awards. 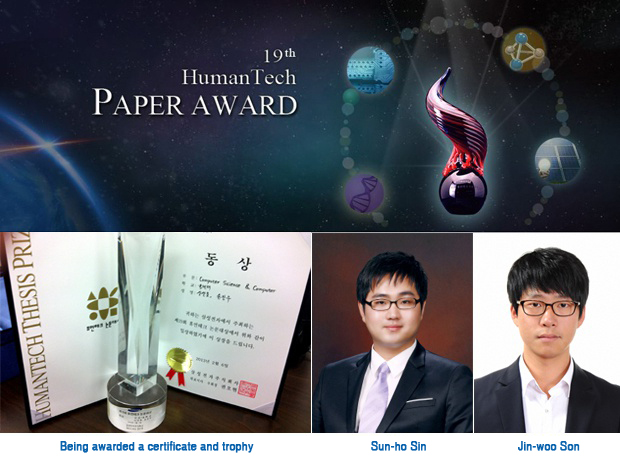 In this thesis, they suggested a new hash table, which can reduce the accessed number of memory in all arithmetic applications and yet maintain a small size. They proved that the new hash table is not only faster than previous applications, but also showed that it can remain small through experiment and performance analysis.

Students Sun-ho Sin and Jin-woo Son said, “We appreciate every professor and student in the Department of Computer Science. Particularly, we think we made it thanks to our adviser Professor Myung-eun Yoon, who supported us in many things needed for our study.”
Prev