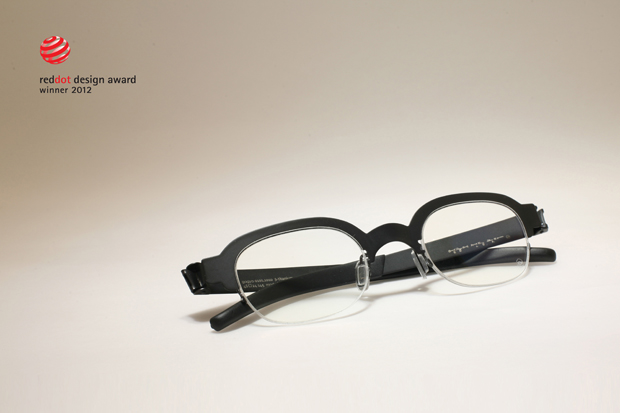 Metal craft artist Sun Chan Hwang (major in Sculpture in the College of Art‘98, Metalwork&Jewelry Graduate School ‘05) got an award in thereddot design award: product 2012, which is a very famous contest exhibition in the world.

The reddotdesignaward is a high authority contest exhibition among theIF(International Forum Design Award)and the IDEA (Industrial Design Excellent Awards). It has been giving artists awards in 3 areas, such as product design, communication design and design concepts since 1995. Mr. Hwang got an award in product design in2009 and 2012 as well.
This Prize-winning work is called ‘Gagay’. This is adesign of a model like cutting paper with scissors by giving astylishand modernimage because of the use of a material called titanium in an interesting paper glasses form. Mr. Hwang directed the visualimage of paper glasses thatlooked like thick paper byusing theadvantage of titanium, alightweightand strongmaterial. Specifically the hinges which appearedsimplewere more impressive and showed us aunique style of origami. The Gagay is apparently simple but he has put his own his technique into it. For the joints, instead of using soldering orwelding he used a special kind ofbending.The glasses form was light, special and comfortable more than any other ones.