What is VAT?
VAT stands for Volleyball Amateur Team, composed of students from Physical Education Department. There are around fifty male members and ten female members. The team is composed of people who love to play volleyball and every year we participate in numerous volleyball tournaments held at different universities. Playing in such tournaments help us to gain field experience. On average, we partake in six tournaments but this year we have already played for six tournaments and we are planning to play around four or five more tournaments. This year, we have won 1st place for 3 tournaments, 2nd and 3rd place for 1 tournament I would say this year’s team performance is outstanding and we are proud of it.

How is the team’s atmosphere?
The team members are crazy about volleyball. Even during the exam period, the gym is full of people wanting to play volleyball. Even people who are serving military terms still come to school to practice or to play in a tournament whenever they get a break from the military. We practice twice a week, on Tuesdays and Thursdays, from 6 p.m. to 10 p.m. and all the members are very active and enthusiastic. I would say we have great teamwork and everyone is fervent about volleyball. Other sports teams envy us because of this.

Are there any comments on the winning?
I feel really proud and satisfied especially because of the fact that we won the tournament and hung Kookmin University’s name, and also it was the tournament that we organized, hosted, and participated. On the last day w h e n t h e game was ove r, t he first thought that came to my mind was “Wow, we did it.” In addition, this tournament format, the Dean Tournament format was very challenging because of the system called wild card. Wild card means one professional player or a graduate can be on a team and the result of the game is influenced greatly by this person. VAT, however, is an amateur team so we don’t have any professional volleyball player. We just had a wellqualified VAT graduate to play with us. Despite this challenge, it was our first victory since 2013 and it was very meaningful for us.

Volleyball game process
I distinctly remember the quarter finals. We were losing 13:8 on the last set against Hanyang University and if we lost this one, then the game would be over for VAT. However, thanks to marvelous five consecutive serves by one of our players, we caught up to 13:13. Then skillfully played out by our team players, we reached 13:15 and we won the game. Through close calls, we finally won our championship and we hope to win all the other upcoming games.

Were there any difficulties with hosting and playing at the same time?
Like mentioned before, VAT hosted this tournament which means we were responsible for overall organization of the games. Managing the whole competition required a lot of time in the first place and playing as one of the teams also required a lot of energy and time as well. We would come to school very early in the morning, set up all the necessary equipments and facilitated other school teams. Whenever there was a problem or someone asked for help, we had to be there to accommodate their needs. With all of these going on, it was hectic and confusing but at the end of the day, it was all worth it. I feel great that we were able to run the tournament smoothly with no big troubles 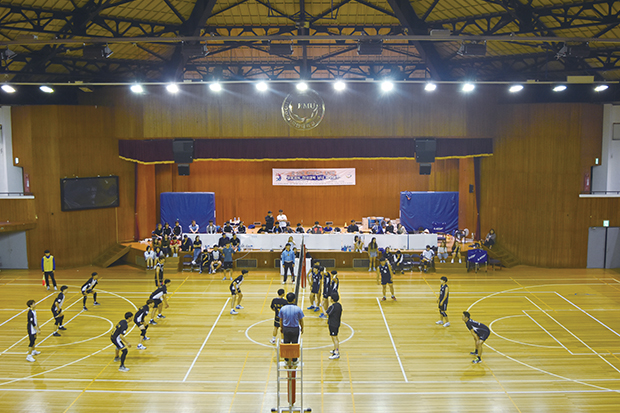