Welcoming 20 teams from 6 countries including Korea, U.S., India, Japan, Thailand, and Indonesia, the International Micro Robot Maze Contest is an event with global authority and since 1992, it has been held by Nagoya University in Japan for more than 20 years. The participating students compete for excellence in a total of 6 categories. The purpose of this event is to derive attention from young engineers and technical innovation on micro machine and micro mechatronics. Also, it intends to share ideas on science technology and promote cooperation in participation of many countries. Especially, more teams participated in this year’s event while attracting interest from many professors specialized in robots.

In this event, the Kookmin University teams participated in 4 categories and a team won first prize in ‘Category 3a’ that required a 1.5-inch robot to pass a course composed of straight lines and curves with two legs, while winning the ‘Best Effort Award’ for having secured the 3rd and 4th ranks in ‘Category 1’ that required a 1-centimeter robot to reach the final goal through the complex maze and winning the ‘Best Effort Award’ and ‘Best Performance Award’ for having secured the 4th and 5th ranks in ‘Category 2b’ that required a 1-inch robot to reach the final goal passing the designated points. Although the record of Kookmin University teams deserved the first prize in ‘Category 1’ and 2nd and 3rd ranks in ‘Category 2b,’ the specification of their robots exceeded the standard due to the regulations that became strict from this year’s event. Thus, they were pushed back on the overall rank. 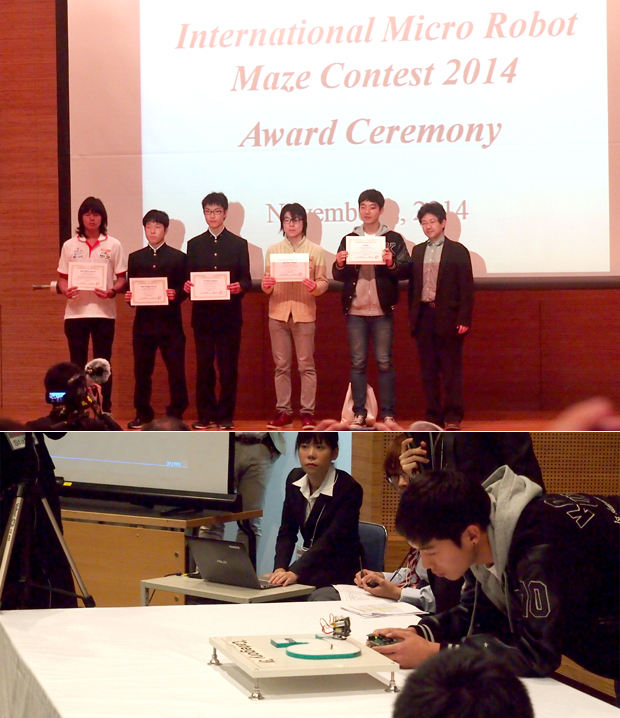 Since its participation in 2003, Kookmin University teams has let the world know about the micro robot competence of Kookmin University by recording overall victory for 3 consecutive years from 2008 to 2010 besides winning in each category. Du-il Son, a student who won the victory in ‘Category 3a’ (Junior in the Department of Automotive Engineering) said, “I am proud of realizing meaningful achievement in the robot contest that has been fiercer and more sophisticated” and added, “I am really sorry for missing better rank due to the strict regulations and so for my participation in next year’s event, I will exert my utmost efforts to secure the overall victory.”