Seong-ryeol Kim (School of Advanced Materials Engineering – class of 2011) in the College of Engineering in Kookmin University published a thesis entitled ‘Variability of electrical contact properties in multilayer MoS2 thin-film transistors’ in the volume 11 of 2014 of a SCI journal ‘Applied Physics A-Materials Science & Processing.’

Molybdenum disulfide (MoS2) is a semiconductor with 2-dimentional crystal structure that is similar to grapheme and since it has excellent transistor property compared to that of grapheme, it has had the limelight. However, inconsistent electrical contact properties between semiconductors and metal electrode limit the application of such transistor.

This study analyzed transistor properties depending on temperature in order to overcome the afore-mentioned difficulty and with this, the inconsistency within the MoS2 crystal defect, which is used for transistor production, was claimed to be the fundamental reason of change in such electrical contact properties.

Based on this, it provided experimental proofs on inconsistent crystal defect that has been underestimated until now; thus, it is expected to serve a significant role in the commercialization of MoS2 transistors in the future.

Seong-ryeol Kim participated as an undergraduate researcher in ‘integrated material lab (academic advisor: Woong Choi)’ in the School of Advanced Materials Engineering when he was a sophomore and since then, he has studied MoS2 transistors. For more in-depth research, he will go to graduate school after graduation.

The authors of this study are Seong-ryeol Kim, Seon-yeong Park (Graduate School of Advanced Materials Engineering – class of 2014), and Professor Woong Choi in the School of Advanced Materials Engineering, and this study was promoted with the support from the National Research Foundation of Korea, Korea Evaluation Institute Of Industrial Technology, and Korea Foundation for the Advancement of Science and Creativity. 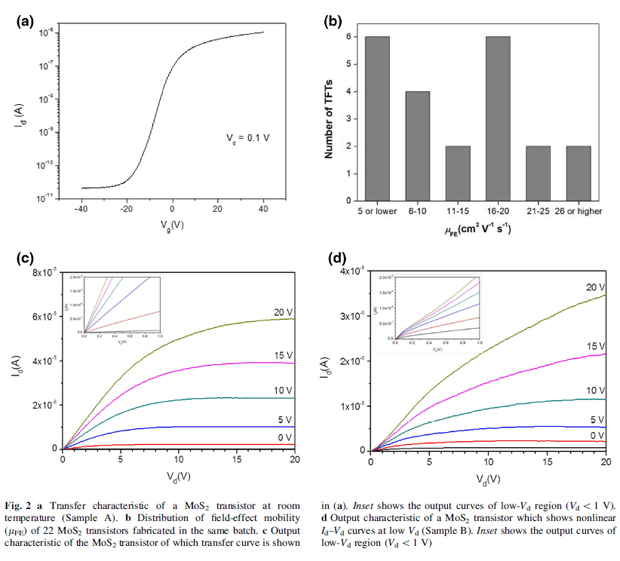