Cheol Soo Ahn, who is a powerful presidential candidate, continued his ‘innovational economy’ by visiting Kookmin University on September 24th.

We can imagine the reason why he visited Kookmin University. Because of his pledges in an innovation economy and converging technology, he pointed to the school as a role model and then he listened to young researcher’s difficulties in person and gave some advice as a developer and manager connected to developing technology.

A person connected with Kookmin Univ. explained that unmanned vehicle technology is that which fuses design, literature and engineering, so it was suitable for him. Also, Kookmin Univ. was an attractive place to him because of taking first place in the unmanned vehicle competition, consecutively beating out Seoul National Univ. and KAIST.

He met graduate students from the research center and told them that unmanned vehicle technology could be a new tonic for the economy. Also, this fusion technology is a driving force of an innovation economy so he emphasized the necessity of a system where young researchers can challenge success.

Meanwhile, he made a brief comment about the apology for the past from presidential candidate Geun Hye Park to reporters she met in this field. He said it was not an easy thing to do but she did what she needed to do.

He mentioned earlier that she needs to be clear about the past as a candidate for the presidency. 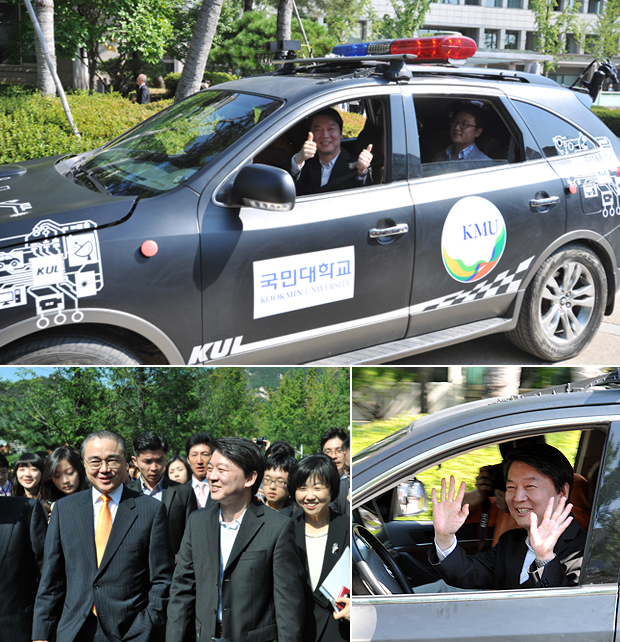