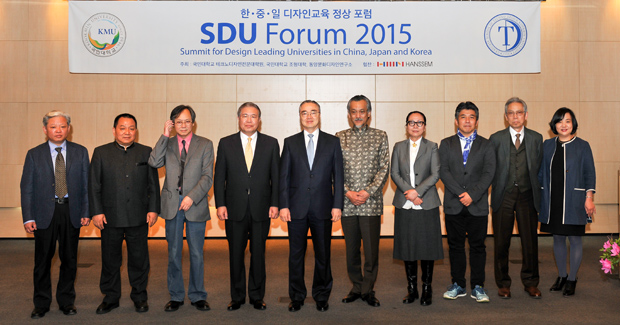 The Graduate School of Techno Design (TED) at Kookmin University held the ‘Summit Forum on Design Education in Korea-China-Japan (SDU Forum 2015)’ on the 24th of April at the Auditorium of Administration Hall. Leading design scholars were invited to the world design education forum spanning the three countries of Northeast Asia - Korea, China, and Japan. This event was held in order to discuss future design education based on East Asian values and to examine the direction and progress achieved throughout the previous century. In this event, the following were presented and discussed: lectures on sustainability issues that may be solved by design education; radical change and urbanization in China; convergence of eastern and western culture; and new design education in information era under a digital environment.

In the SDU Forum 2015, Executives and Presidents of various companies and universities presented the future trend of design education in Korea, China, and Japan as it transcends the Asian region towards the whole world. Those who presented were: CEO Young-gull Kwon of Hanssem Co., Ltd.; President Lu Xiabo of Academy of Arts and Design at Tsinghua University; President Xu Ping of China Central Academy of Fine Arts; President Wu Haiyan of the School of Architecture at China Central Academy of Fine Arts; Associate Dean Hashimoto Kazuyuki of Tokyo University of the Arts; and President of Nagasawa Tadanori of Musashino Art University.
In his welcome speech, President Ji-soo Yu of Kookmin University said, “The role of design in the information era is being expanded as the tool of innovation that creatively solves various complicated issues of the society that transcends its scope in visual, product, space, and service fields. Since Korea, China, and Japan share a common denominator called orientalism, this forum on design education provides an important opportunity for mutual cooperation. I hope this forum will continue as good platform for the development of design education.” After the welcome speech, a keynote speech was delivered by CEO Young-gull Kwon of Hanssem on the new paradigm to be opened by the cultural community of Korea, China, and Japan.

President Kyeong-ran Choi of the Graduate School of Techno Design (TED), who hosted and planned this event, said, “Amidst the global changes experienced in Asia, this forum is expected to suggest a new direction of practical world design education, as well as creative education through value convergence in the oriental and western culture.”

In addition to the forum, there were featured exhibits such as the TED Square-open house event of Graduate School of Techno Design (located at the studio on the 2nd and 5th floor of the College of Design at Kookmin University), and outcomes of researches, courses, and industry-university cooperation under ten departments within four joint categories. 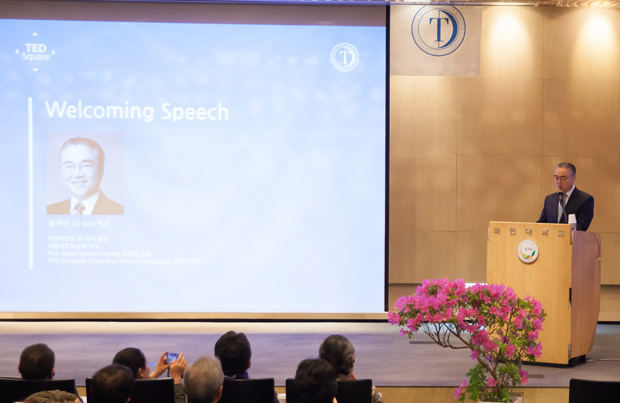 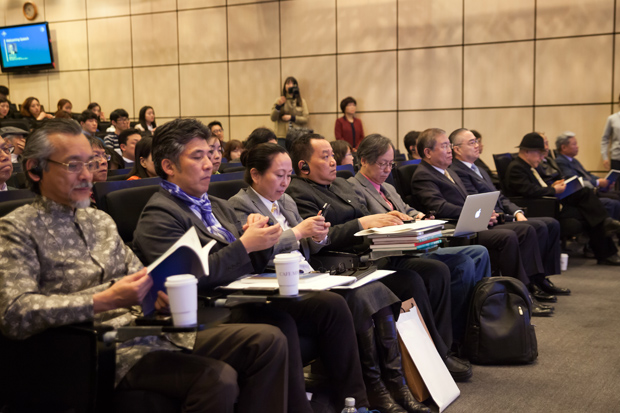 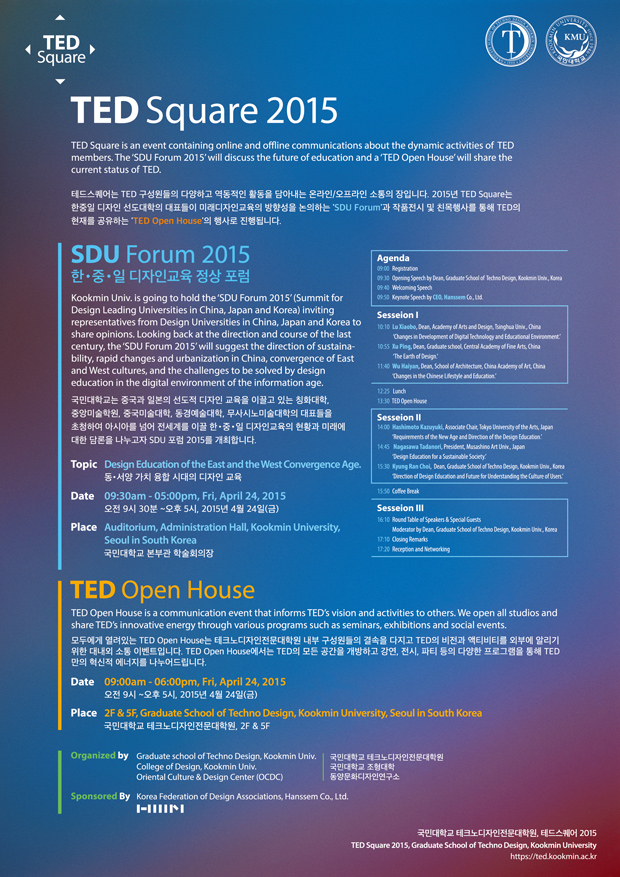