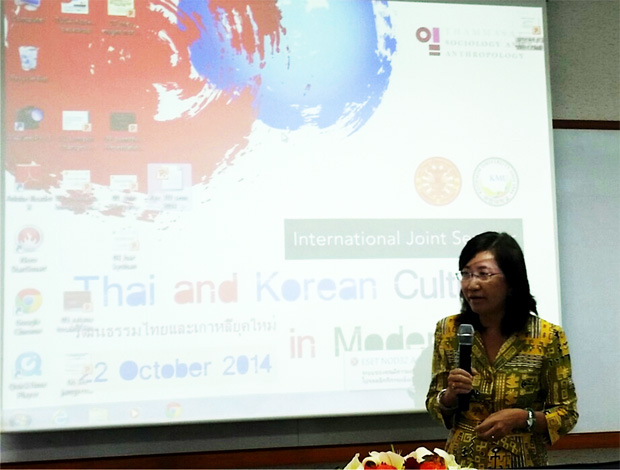 Total of 9 presentations were progressed and scholars of both universities promoted in-depth discussion on each presentation to create academic understanding on the two different cultures. First in the session of ‘Change of values,’ Professor Dong-joon Shin of Kookmin University revealed more distinctive emphasis on religious value in Thai society and on material value in Korean society through his presentation on ‘Value comparison between Korea and Thailand.’ Professor Songsiri of Thammasat University explained the change in Buddhism-oriented religious value to more open value through the presentation on ‘Change in religious tradition in Thai society.’ In the session on ‘Change of culture,’ Professor Hang-sub Choi of Kookmin University prospected the change in population and economy of Thailand as well as Korean wave change in Thailand based on two scenarios in his presentation on ‘The future of Korean wave in Thailand.’ In addition, Professor Gyu-han Bae suggested a blueprint of Korean education from its past contribution in the industrial society to creative paradigm in the future society in a presentation with the theme ‘The roles of education in terms of Korean economic growth and afterward.’ 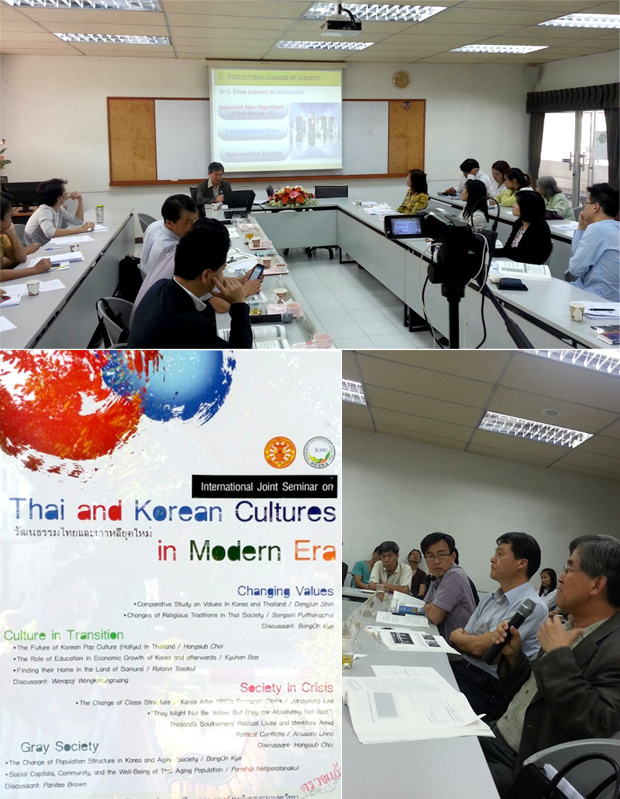 ▲ Poster and session in the academic seminar

Professor Tosakul of Thammasat University explained the research outcomes derived through participant observation regarding maintenance of identity among Thai women staying in Japan, under a theme of ‘finding their home in the land of Samurai.’ At the session of ‘Social crisis,’ Professor Hang-young Lee explained the polarized hierarchy in Korea according to statistical results in the presentation on ‘Change in the hierarchy of Korea after the economic crisis after 1997.’ Professor Unno of Thammasat University talked about the regional conflict between the polarized north and south in Thai society with the theme of ‘They may not be yellow. But, they cannot be red.’ In the session of ‘Grey society,’ Professor Bong-o Gye discussed the look of present Korea that is entering the aging society and proposed measures to prepare for the future through a presentation on ‘Change in population structure in Korea and its aging society.’ Lastly, Professor Pornthip of Thammasat University explained how the aging generation is leading their lives through a presentation on ‘Social capital, community, and well-being of the aging population in Thailand.’

The joint academic seminar also attracted media attention, and major contents of the seminar were published in the Daily Web Newspaper of Thailand in English and Thai. This joint academic seminar was held as part of the efforts to actualize international exchange cooperation among students and professors between Kookmin University and Thammasat University and during the period of the seminar, many audiences flocked in reflection of their interest in the Korean society.

KMU’s reputation in university development, It is all right to be confident of our school