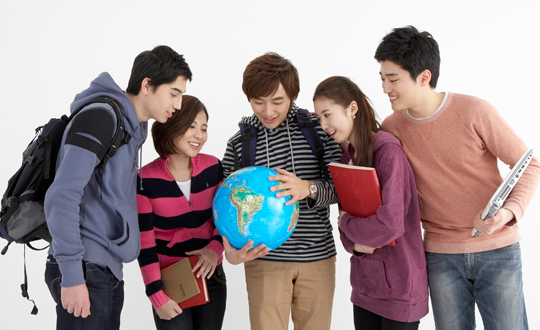 Especially, the area that has realized remarkable growth includes the number of students per faculty and staff (13.8 people – 36th rank), outbound ratio of exchange students (3.4% - 18th rank in Korea and 44th rank in Asia), and inbound ratio (2.3% - 18th rank in Korea and 51st rank in Asia). In addition, all indices except for two out of 9 assessment categories were improved.
Such achievements are considered to be the outcome made by Kookmin University last year for the new establishment of the IT-convergence focused ‘School of Automotive Convergence,’ consistent supplement of faculty and staff for the enhancement of educational level, and security of research laboratories and lecture rooms.

Since 2010, ‘Chosun Ilbo and QS Asian University Rankings’ has independently assessed ① large universities without medical school (those with more than 12,000 students) ② small and medium universities without medical school (those with less than 12,000 students) and ③ specialized universities (universities operating less than three out of the five academic fields which include humanities, social science, natural science, engineering, and life science). Owing to academic characteristics, the medical school publishes a greater number of theses and has a relatively large number of faculty and staff compared to other schools; thus, such nature affects the overall achievement when it comes to academic ratings. 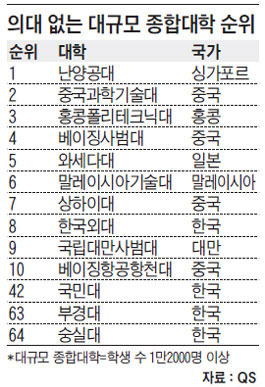