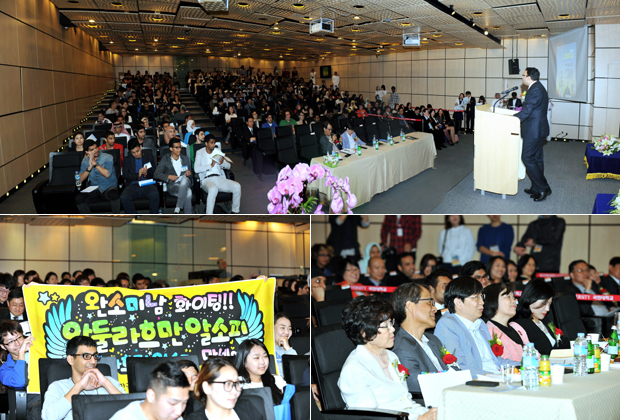 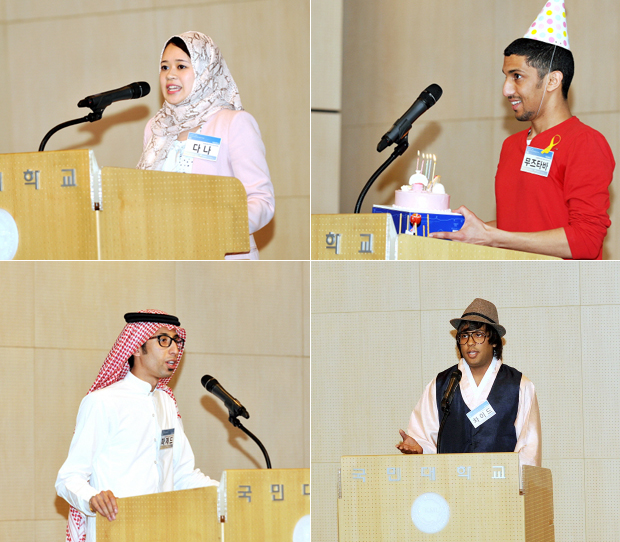 The 16 students from 6 countries and 14 universities in Korea including Mohamed proceeded to the podium and talked about the trials and challenges they experienced in Korea under the theme of “the most regretful thing I have ever witnessed in the life of young Koreans.”
"Koreans seem indifferent at first but as you get to know them, they are like long-time fermented Kimchi, unforgettable sentimental feeling. We are not strangers.” Inmajed Mohamed in Arabic traditional costume from Saudi Arabia stammered over about the ‘affection of Koreans that is like old fermented Kimchi.’ Once he finished his speech with Busan dialect, the stage was filled with applause and he said laughing, “The part-time workers of a café I often visited talked bluntly so I initially thought they were rude. However, we became good friends and they help me a lot not only in my study in Korea but also as I try to adapt here in Korea. My Korean friend often says ‘We are not strangers’ in Busan dialect and now I somewhat understand what Koreans’ ‘Jeong (affection)’ means.”

Although it was the first event held in Korea, the interest of foreigners was high as all 250 seats were occupied so additional seats had to be provided. The closely seated audience cheered the participants and responded to the participants’ stories with laughter and applause.
Conge Eyad Zafar from Saudi Arabia talked about his impression, “It was strange to see women going to work and young children going to a daycare center like a school. In Saudi, we don’t use an address so it was amazing to see a delivery service that delivers virtually anything to a place with an address.”
Khaled Abdulaziz said, “There is a saying in Korea that ‘A boy and a girl should not sit together after they have reached the age of seven’ so I thought that the strict distinction between a man and woman is the same that of Saudi. But I was very surprised to see the free expression of affection among young lovers. I think it is not necessary to discriminate a man and woman” and his words caused a shout of glee.
The winner was Khaled Abdulaziz who received the hottest response from the audience and 1 million won of prize money was awarded. The Korean Speaking Contest for Arabic-speaking Foreign Students will be held every year.
Currently, 66 students from Saudi Arabia, Egypt, Algeria, and Jordan are studying in Kookmin University. 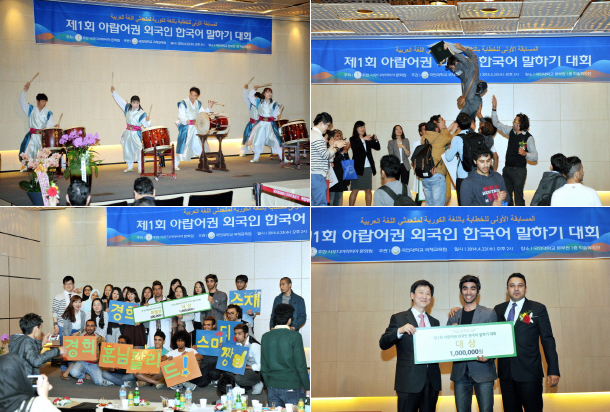