Minister Cho, Yoon-sun from the Ministry of Gender Equality & Family, visited the conference 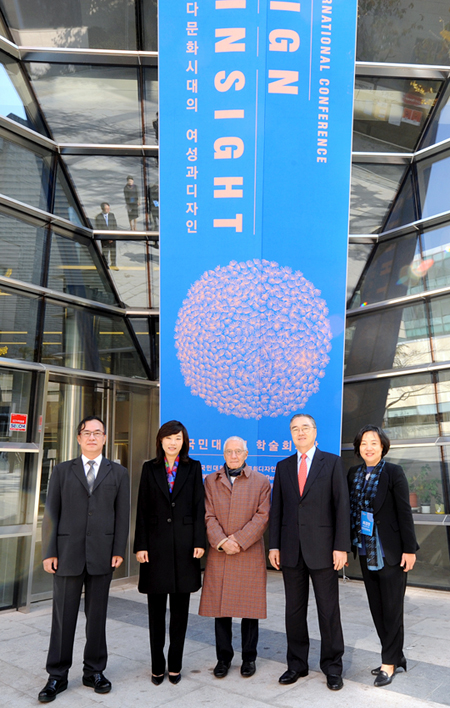 In the address, Minister Cho said, “In the era when the barrier of time and space is being shattered by advanced technologies, the role of designers is particularly important and the design highlighted by feminine sense will particularly be expected to guide the design for humanity.” And she added, “It is expected to suggest developmental direction in this conference.”

This conference that welcomed the fourth time this year was held with the theme of ‘Design Insight: The Women and Design in the Multicultural Era’ expressed ‘insightful design through convergence of feminine sensitivity, multicultural, and high-technology’ as the prime motor to vitalize future creative economy. Meanwhile, the special speaker Alessandro Mendini, the maestro of the Italian design industry, said, “We are living in the 21st century where significance on sensitivity, intuition, creativity, and imagination are being emphasized after transcending the 20th century where rationality and efficacy were considered to be important by reason. Due to such flow of change, the feminine sensitivity that is related to the acceptance and life force of nature is considered to be the creative power that derives more flexible communication in this multicultural era where various cultures are mixed and converged to create a new and differentiated culture.”

Kookmin University that pioneers design education in Korea judged that the design industry will play a significant role for the future creative economy so it plans to provide support and encouragement for a variety of local and overseas projects on design expert cultivation.

Kookmin University, hosted the Media-Facade event for the first time among Korean universities