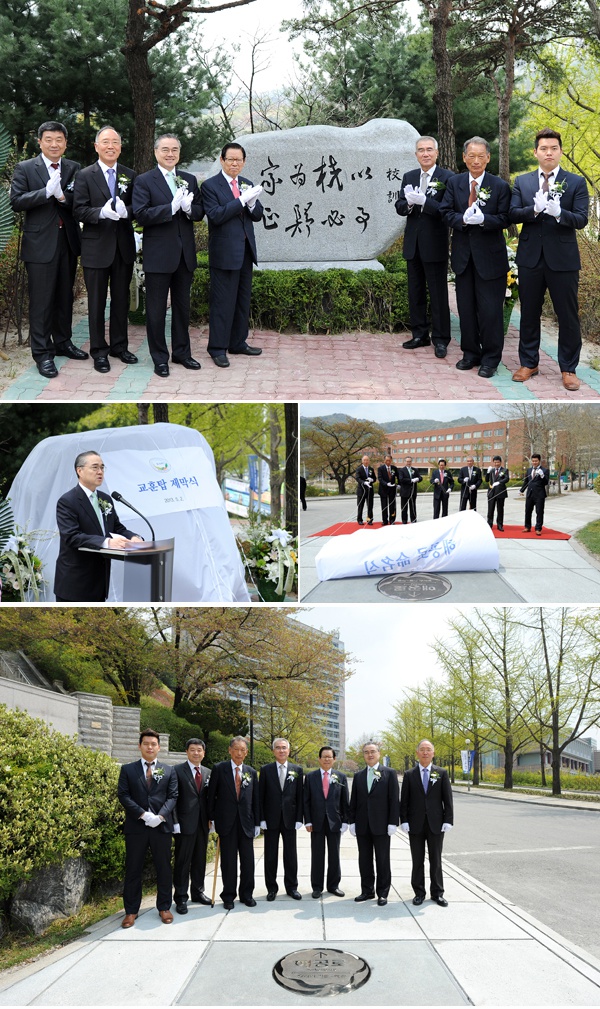 The university’s alumni association donated this Moral Monument to engrave and pass down the meaning of moral ‘Yigyowiga Sapilquijeong’ (以校爲家: Build friendships in harmony, 事必歸正: Right will prevail in the end) of Haegong Shin, Ik-hee once again. In the meantime, the road stretched to the Haegong Statue in front of the College of Law starting from Yongduri was named as "Haegong-ro(海公路)" to honor the ideals of Haegong who established Kookmin University and led it to become an excellent academic foundation as the Kookmin University of today.

Yu Ji-soo, President of Kookmin University said in his opening remarks, "Throughout his lifetime, Haegong Shin, Ik-hee devoted himself to the nation’s independence and foundation, and protection of democracy; he was the hope and symbol of democracy, and a great leader who left a significant mark in the development of democracy", and "this 'Haegong-ro' naming ceremony is very meaningful as it is aimed at honoring the works of Haegong, and I hope his love of nation and people be handed down to those who walk along this 'Haegong-ro'” he added.

Later on, Kim Chae-gyeom, Chairman of the Board, said in his congratulatory address,
“I expect the youth who walk along the Haegong-ro to embody the profound ideals of Haegong". “I also request the professors, students, personnel, foundation members, and alumni present here today to unite as one in order to produce more and more talents as the spirits of ‘Yigyowiga Sapilquijeong (以校爲家 事必歸正)’ penetrate into every corner of the university”, he added.

President of Kookmin University Alumnus Yun Jong-Ung who donated the moral monument on behalf of the alumni present on that day said "I believe that through this meaningful event, we Kookmin people, will become the solid pillars for the university to grow and spring further, honoring the academic spirit of Haegong and educational will of Seonggok who valued the people and nation above all.”

Following the Memorial Road naming and Moral Monument unveiling ceremonies, the participants moved to the Haegong Statue to lay flowers to the deceased. 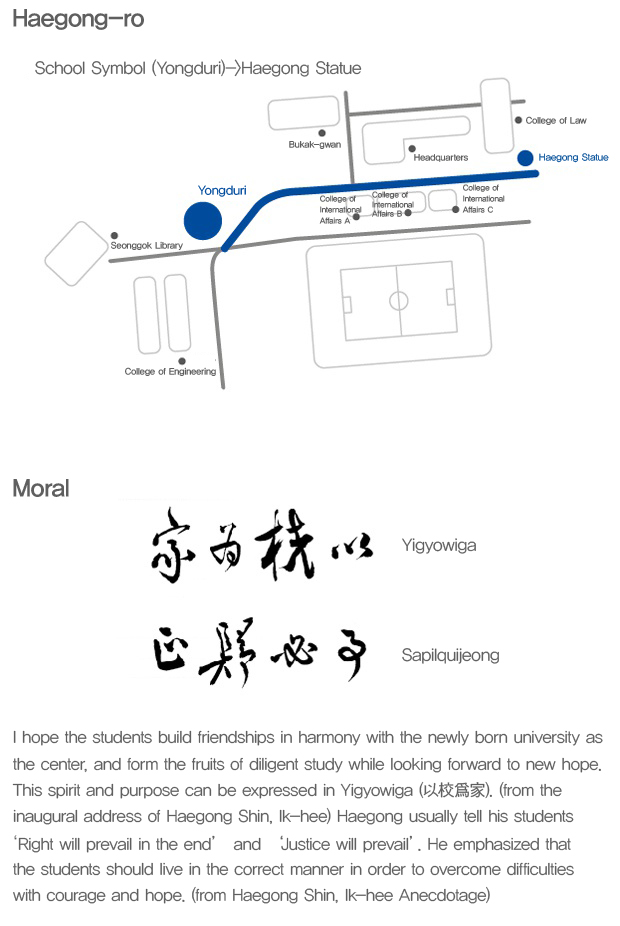 The memorial service in commemoration of the 57th anniversary of Haegong Shin, Ik-Hee, the fou…