Are you thinking of studying abroad? Or are you still deciding where to go as an exchange student? I was equally undecided when I started preparing my exchange semester. I had to really consider which country I wanted to go to and which school I wanted to study at. However, among the many attractive countries around the world, I chose Thailand, and I am currently studying as an exchange student at Thammasat University in Bangkok, Thailand.

While I was preparing to go on exchange, many people asked me, "Why do you want to study in Thailand?" My answer was almost always "It is because I have come to love Thailand after having visited as a tourist for 10 days in 2017 - I want to learn more about the country itself and the people who live there." Though this remains true, my answer has developed during my time as an exchange student here: it has become more than what I initially answered. The following are my reflections on my time in Thailand. 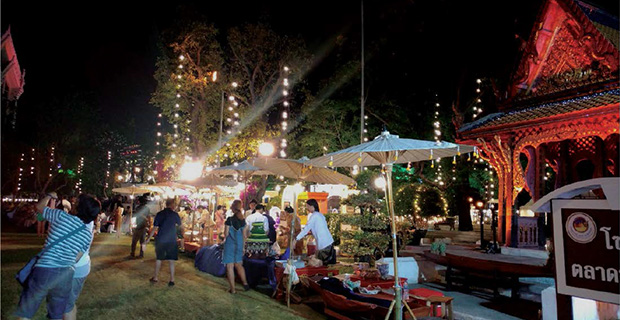 It may seem as though Thailand and Korea are similar simply because they are both Asian countries. While there are some similarities, I have also found many cultural differences while living here.

Since Thailand's climate is mostly different from that of Korea, it impacts people's lifestyles. I would say that the whole year in Thailand is just like summer in Korea. As such, they usually differentiate seasons by cool (November to February), hot (March to June), and wet (June to October). Since the hot weather lasts the entire year, Thai people typically prefer to not cook in their homes. They prefer to buy fresh foods or groceries from outdoor markets nearby. The result of this is that morning and night markets are popular for tourism, street food and eateries, and are much larger and better developed than in Korea. Above all, if you go to local markets, prices are lower, so you can save a lot from your living expenses. 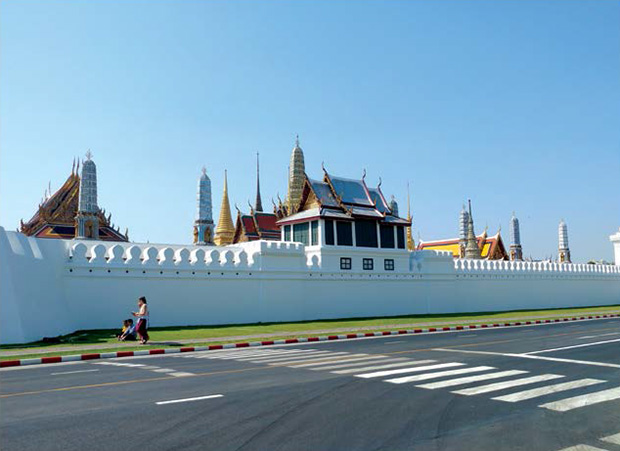 Thailand is a monarchy and is governed by a king. In public, strong respect for His Majesty King Maha Vajiralong­ko rn and the royal family is deeply rooted. It is normal to see pictures and monuments depicting Thai kings or the royal family as an indication of reverence in almost every area of Thailand. Thammasat Universi­ty (Tha Prachan campus) is near the Grand Palace where kings previously lived, although the palace is now only used for special occasions held by the royal family. When I catch a bus from campus, it usually passes in front of the Grand Palace. At the first, I was very surprised that Thai people put their two hands together and bowed toward the Grand Palace even when riding the bus or taxi. This shows just how much they admire their monarchs in daily life, and how, as tourists or foreigners, we can respect their culture. Taking pictures of images of the king on the street is regarded as disrespectful behavior, so it is better to refrain such acts. There are many more interesting things about Thai life as a foreigner, but I will stop here so as to mention other things.

In Thailand, students - whether they are enrolled in a primary school, secondary school, college, or universities - must wear the proper uniform. However, at Thammasat University, depending on which faculty or departments you belong to, wearing a uniform is not mandatory except during exam period and presentation day. I discovered this revelation, that even universi­ty students must wear uniforms, while looking up information concerning the university before I came here. All female university students must generally wear white shirts with black skirts, while all male university students must wear black pants with white shirts. But how, then, to tell different schools apart? It's simple: a logo on a student's belt and buttons or a school badge on their shirts can show which school a student attends.

Thammasat University's Tha Prachan Campus is located near to the Grand Palace and is also by the Chao Phraya River. Have you ever imagined going to a school located right next to the river? This was, for the most part, what I was expecting to see before coming here, and still, when I sit in the canteen watching the Chao Phraya River or cross its bridge while returning home from school, the river's beauty makes me feel calm and grateful that I am here as an exchange student. 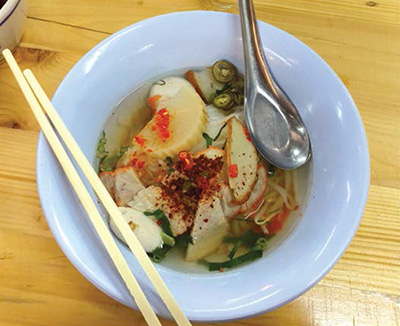 Since Thailand borders almost four other countries - Cambodia, Burma, Laos, and Malaysia - it is easy to travel around Southeast Asia without even flying. As Thailand is almost five times bigger than South Korea, it is already a huge country, which makes it difficult to see or know about every corner of the country. Along with other methods of transportation, the night bus industry is well developed, making it easy to go to other provinces at a reasonable price. Different provinces have atmospheres of their own, and it is incredibly interesting to get to know them while traveling inside Thailand. So far, I have tried to visit a number of different sites in Thailand during my time here.

Before, when I visited here as a short-term tourist, I considered Thailand to be one of those countries that is famous and well-known for tourism and shopping. Yet the more time I spend in this country, the more it shows me new and fresh aspects that I had neither experienced nor seen before. I dare say that after spending just one semester here, I know everything about this nation. Until my semester comes to an end, I will continue to try to learn as much as I can about Thailand. If you have any questions about life as an exchange student in Thailand, I would be happy to discuss my experience, so feel free to contact me via email. If you are deciding whether to study abroad, I highly recommend you do so: go to a country that you want to learn about.

Spring Is Here - Where to Find Them?