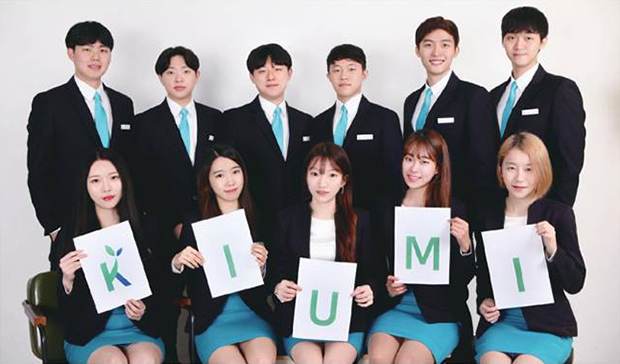 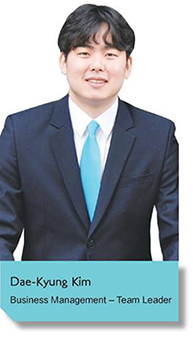 Dae-Kyung Kim, Business Management – Team Leader
“Starting your own business will always get you criticisms at first. People will tell you that your idea is lame or is outrageous and discourage you, but don’t give up! If you have an idea and you want to pursuit that idea, come to the Startup Support center and consult with specialists about your ideas and they will help you immensely in every step of the way”

- Tell us about KIUMI
KIUMI is a recently-formed group of startup supporters, to help assist the Startup Support center and currently consists of eleven members. The unique feature of our members is that many of us are actually from the Startup Club, and have immense interest in starting our own businesses as well, and therefore actively participate in Startup competitions or have already started our own businesses. Our vision is to help Kookminians to get to know what starting your own business is, and also let them know about the Startup Support center. Our goal for the New Year, 2017 is of course to help students to get to know KIUMI itself since our group is new and not a lot of people know about us. To get recognition, we have even created a parody video that we will use to recruit new members. 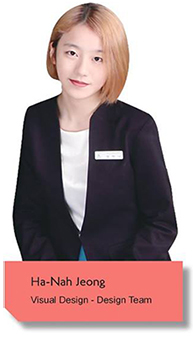 Ha-Nah Jeong, Visual Design - Design Team
“I think it would be really good for the students to actually consider starting their own businesses as one of the paths that they can take. A lot of students do not even contemplate this as one of their possibilities and instead put up a huge block and completely disregard the opportunity. I think students who are interested should join KIUMI to have a broader outlook and get to know that starting their own business can actually be a feasible opportunity in their future.”

- Tell us about the name and the logo of KIUMI
We had a lot of trouble coming up with the name KIUMI at first. We wanted a name that would just roll off the tongue and a name that sounds like a person’s name. We had numerous contenders, including Kium, Laon, Muffy, Green Narae and such, but most of the names were unoriginal or amusing so we went with the name that we thought of first, KIUMI. The logo is really special because I actually created it myself. We opted for the logo that looks like a K which also looks like a flower bud. In addition, we went for the color green and blue to match the colors of the Startup Support center as well. 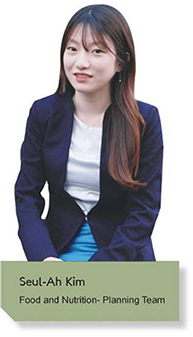 - What is it like to be one of the first members?
Since we are the first members of this new group, there have been a lot of difficulties. Since we just recently started the group, we did not have any infrastructure in the beginning and so we had to develop everything from scratch. Minor/various areas such as group rules were one of the numerous things that we had to develop ourselves and the hardest part was probably the fact that we were not given a budget to plan our events. On the other hand, the hardships were also positive points about being the founding members. We were able to actively make the group how we wanted it to be and were also able to get active participation from members. In addition, being a member is really useful especially if you are interested in starting your own business because you can get lots of information regarding this and participating in Startup competitions more easily through being a KIUMI member. 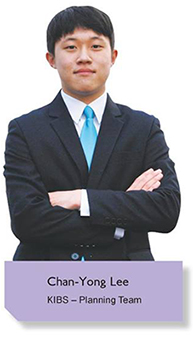 Chan-Yong Lee, KIBS – Planning Team
“Don’t think of starting your own business as just an impossible challenge! KIUMI and the Startup Support center will help you in your pursuit. Even if you have an unoriginal idea, the Startup Support center can help you build on the existing idea by pointing out the specific reasons why the original idea did not work”

- What was the most memorable event that KIUMI organized?
During the last semester, we organized a huge event that was held on the fifth floor of the concert hall. The event was very popular and a lot of students participated. I would say that the biggest hit was the ‘idea vending machine’. The idea vending machine was a unique concept where we actually created a large booth and decorated it to make it look like a vending machine and one of us would go in to the vending machine and people would deposit their startup ideas into the vending machine. After receiving the ideas, we would, in return, give the participants, candies or coupons. Through this event we were pleasantly surprised by the quality of the ideas where our students actually had lots of extremely innovative ideas. Seeing this, we really hope and urge that the students who had those good ideas would visit the Startup Support group to protect, and try and actually develop the idea.

Are You Looking to have a Wonderful Summer?