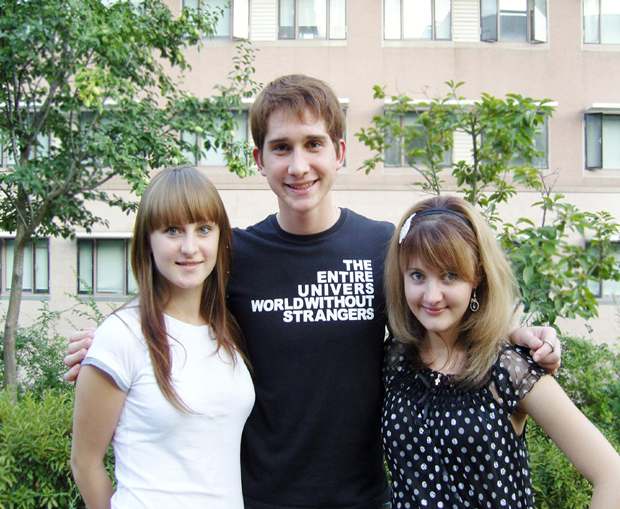 Higher to the world! Getting globally broader! !

Students from all over the world looking forward to come!

190 nations in the world, what kind of students are coming to ?

Do people who have different languages and cultures think what? We could look back how we were babes in the woods with the interview with foreign exchange students.

For KMU students, the interview project has promoted to show world wide vision with students from other nations.

Russian thinks that Korean has high quality of lifestyle. Recently, and stepped closer for business; therefore, it is easy to see logos of Korean enterprises on the street. Also, there are many Korean students in Russian school as well.

Personally, I’ve got to know about in my junior high history class. I knew about the Korean War in 1950. Also, my Korean-Russian told me a lot about .

Q2. Can you compare University lifestyle between and ?

We used to go , . We took East Asian study as major. Korean Universities’ buildings are built in modernism style, compared to Russian. Campus has harmonized with the nature as well.

Campus lifestyle is not very different, but Russian students like hang out little more.

Q3. What made you to apply KMU out of other Korean Universities? How did you find?

There were only two choices for Korean Universities in the exchange students’ program of our . We had Daegu and , so we picked the heart of Korean, .

Q4. Tell us you first impression on KMU.

It was very nice! Classmates and professors showed big kindness to us. We liked campus and dormitory. Especially, we became big fans of soju.

Q5. When did you have your hard time and felt happy in KMU?

Actually, class was the hardest thing because of my language problem. It was hard when I had report assignment or presentation. I also didn’t understand questions in my exam. Chinese characters drove me crazy.

On the other hand, I had more advantages than those difficulties. There were awesome classmates and professors who help me a lot. I appreciated.

I also thank to professors for interesting class and assignment. I love you all!

It’s been only two weeks in for us. The most impressive thing in last two weeks is taking shots for school PR as models for us. We had no hard time so far.

I am studying International Relationship now. From now on, I want to study, economics, psychology, business, and law as well. Sometimes, I wonder how I learn all of those. I will do my best in both language and academic to be a man who is very important in Korea-Russia relationship.

We cannot say specific thing yet, but we want to make friends as many as possible. We are expecting to see happy things here. Although, we came here to learn, so we will do our best.