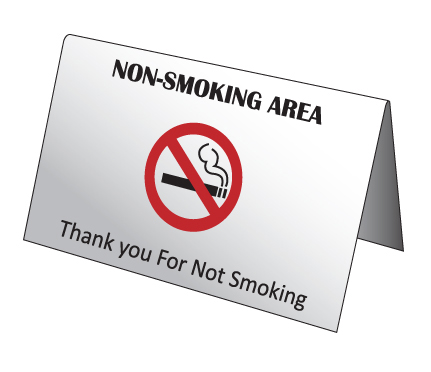 “I understand that it might be troublesome for smokers to go outside the building every time they want to smoke, that is why I try to ignore it even though it blows in my face. As long as they smoke outside, I can stand the smoke at the entrances of the buildings as the chances of exposing myself to secondhand smoke goes down. However, when I see people smoking inside the bathroom, it really upsets me. I cannot understand why they don’t even bother to go inside the toilet to smoke. They just stand by the window and smoke” a sociology major student said.

“Moreover, it is unfair to those who abide by the school’s restriction of indoor smoking. I, of course, have friends who are smokers and they always go outside the building to smoke. Although they only have a short break, they go down to the bottom floor and go outside, because they do not want to cause harm to other people; not to mention that they do not want to violate the school’s regulations.”

The dense fog of smoke, abandoned cigarettes and spit, all negatively affect the campus environment and make little room for nonsmokers. Bugak Building, The International Building, The College of Art, and The College of Economics and Business where many smokers smoke, are now conceived as safe houses for smokers. Thus, for nonsmokers, it is not just one place they have to pass through and bare the smoke. Most students do not have classes in one building; they have to move from one building to another to take different classes. That is why whenever they have to pass an entrance, they have to inhale the smoke of cigarettes or hold their breath.

“Since most smokers smoke their cigarettes at the entrance of the building, even though they are outside, the smoke still comes inside the building through the door and remains there. It would be nice if the smokers could have their own place where they can smoke cigarette freely, and it would be much nicer for nonsmokers if those places were located at a distance from the entrances,” a student who declined to be named, said.

To protect the rights of both nonsmokers and smokers, students’ mindsets should be modified accordingly. The implementation of an institutional system should also be considered to promote the welfare of all students.

How’s the weather with you?