Online Witch-hunts: Is it Justice? 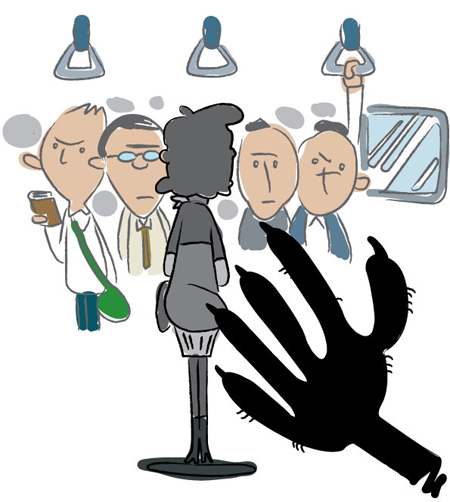 Even though the world has changed since then, witch-hunts still occur in modern society. The definition of witch-hunt has changed from the execution of people performing witchcraft or worshipping sorcery to “frantic persecution of perceived enemies”, a consequence of the information society and of globalization.

The advent of an information-oriented society has made the world smaller, and now, what most people had only dreamed about in the past has become reality. However, as being a chief beneficiary, the modern society also suffers from side effects of such progress through online witch-hunts conducted by netizens.

The availability of massive amounts of information quickly dazzled society and contributed to improving lives of people but citizens unprepared for the Internet started to cause problems. Of course, in the present time it is impossible think of life without a computer, yet rapid growth in use of the Internet has also corresponded with an increase in Internet bullying. Additionally, public figures must now routinely cope with malicious comments. Celebrities suffering from spiteful comments and insults have expressed that such comments often make them feel suicidal.

Having heard news reports about how the community that exists inside the computer monitor affects reality, Internet users have raised their voices to urge for a healthier Internet culture. But it seems like the morals of these so-called Internet citizens are degrading as the Internet world keeps growing faster than ever.

Under the pretext of reporting injustice, many Internet users have started to upload photos and videos whenever they witness unacceptable behavior. Moreover, Internet websites have become forums for inciting netizens to expose the identities of the accused.

Showing pictures and videos of what is commonly perceived as immoral behavior surely accomplishes the educational purpose of awakening peoples’ ethics. However, the trend of judging what is right and wrong based only on a slice of what is actually happening raises questions about the legitimacy of online witch-hunts in the Internet.

The ‘Dog Poop Woman’ incident, which could be considered as a starting point of conducting witch-hunt in cyberspace, happened in 2005 and raised questions and controversy as her personal information was made available to the public. In this incident, a woman was accused of irresponsibly allowing her dog to defecate in the subway and for failing to clean up after it. At the time her conduct had serious ramifications and it became known that the woman was subject to cyber attacks from countless Internet users. By the time the woman was no longer able to live a normal life within Korea’s borders, angry netizens had cooled off and criticism waned. The woman’s irresponsible behavior, of course, could not be ignored but it caught peoples’ attention on whether it was right or wrong to make a person go through such a hard time by making her life miserable.

Time has passed since that incident, but it is not difficult to see similar cases today. In fact, more and more netizens post pictures or videos of people who commit wrong acts and it feels like those kinds of stories show up in the news almost every week. What is even more striking is that every time they show up on websites, it becomes a big issue.

Last February, an expectant mother’s post on a website provoked controversy throughout the Internet. The woman accused a restaurant worker at Chaesundang, a Korean Shabu-Shabu restaurant, of physically assaulting her stomach. As soon as she uploaded her post on a website, angry netizens spread her story. Naturally, the public’s growing negative sentiment towards the restaurant affected business in a bad way, and as a result, the restaurant went out of business. After the woman’s story became known to the public, the restaurant and the worker who was perceived as an inflictor insisted that there was no physical assault, but a majority of people did not care much for their explanation and blamed them both, believing that they were just trying to cover up the incident. Nonetheless, the police later proved that physical violence was indeed involved when the pregnant woman and the restaurant worker wrangled with each other at the restaurant, but it was not the pregnant woman who was assaulted. The true victim of physical assault turned out to be the wrongfully accused restaurant worker. By then, vigorous calls by Internet users to punish the immoral restaurant worker dwindled. If angry netizens had punished the restaurant worker by disseminating her personal information as they had done with the Dog Poop Woman, it could have hurt her reputation and caused her to have a nervous breakdown.

Even before the lingering debate about the Chaesundang case eased, another online witch-hunt heated up the Internet community. ‘Soup Woman’, accused of running from a scalded child after spilling hot soup over him, was embroiled in more controversy. Oddly enough, both of these more recent cases involved children and the publishers of the posts were mothers. At the beginning of this dispute, Soup Woman was harshly scorned for not taking care of the freshly burnt child. In addition, netizens raised their voices urging her to turn herself in to the police. However, after a few days, it was ascertained that the Soup Woman was not the perpetrator but was actually a burn victim. The woman was determined to be in her mid-50s, and she came to the police to reveal the truth. According to the woman, the child was running across the public restaurant without a parent, and it was the boy who ran into her and spilled the soup. She explained that one of her hands was also burnt and the reason why she left the area was because she thought the boy’s burn was mild. This average housewife was quite upset about what the netizens had been calling her and how seriously she had been insulted. Following the police report, netizens turned back to the boy’s mother and blamed her for not making her son behave in a public place. Consequently, people started to realize that encouraging the online community to act reasonably has become essential.

Frequent posts about irresponsible people on websites can be seen as a sign of the need to better educate the online community. The latest persecution of ‘Cigarette Woman’ who smoked inside the subway and insulted other passengers has caused considerable controversy about the reliability of the source. Although the video directly shows the woman’s irresponsible behavior, criticism raises concerns that netizens’ impetuous reactions are masking the other side of the story and inducing people only to blame the person.

The emergence of Social Network Systems has put more pressure on the importance of change to the Internet community. With technological advances, netizens enjoy access to vast amounts of information and now have the ability to exert more power on the web. As the fastest-growing online community widens its space day after day, Internet society is raising its voice for netizens’ civic awareness to mature.

Realism of the Image

For Whom to Secure the Nation?