Africa as a new partner

Recent popular revolts instigated by Twitter and Facebook in Tunisia, Egypt, and Libya have drawn our attention to Africa. These North African countries are Arabian countries even though they are located in the African Continent. We Koreans know virtually nothing about Africa compared to what we know about America. In this age of globalization, while the partnership with the United States of America will go on, Korea will need new friends in the African continent.
Before we take a look at some facts about Africa, let me first ask the reader if he or she thinks the size of the land of Africa is bigger or smaller than the U.S.A. and China combined. Africa is a huge continent. Its size is about 20% of the land area of the earth and greater than the areas of the United States, China, India, and the Western Europe combined. There are 54 countries (including the island country of Madagascar), about 2,000 tribes, and over 1,500 languages used in the world’s second largest continent.
Africa is divided into North Africa and Sub-Saharan Africa or Black Africa by Sahara desert. These two regions are quite different in terms of race and languages. Tunisia, Egypt, Libya, Algeria, Sudan, and Morocco belong to North Africa. The people in these six countries are Arabian race and use Arabian language. Culturally speaking, they are a part of the Middle East. The GDP of these six countries accounts for about 40% of the total GDP of African countries, which stood at 1.479 trillion dollars in 2009. That, however, was only about 3% of the world GDP. The total GDP of the African Continent was about the same as the Korean GDP, which was 1.383 trillion dollars in 2009 even though the population was about 20 times bigger than that of Korea. About 40% of 1 billion African people who make up the youngest population in the world lived in urban area in 2009. Population under 30 years of age is 70.1% in Africa compared to the world average of 51.8%.
Africa is the main depository of mineral resources in the world. One third of the mineral resources in the world is found in Africa. There are 73.9% of chrome, 52% of cobalt, 47% of diamond, 40% of gold, and 12% of petroleum in the African Continent. There are land areas where the search has not been conducted. Africa still has cheap labor. The annual minimum wage income in the Democratic Republic of Congo is about $306, which is approximately one seventh of China and about one thirtieth of Korea. The figures are $409 in Rwanda and $689 in Ghana, while they are $1,002 and $2,016 in Vietnam and China, respectively. It is $9,900 in Korea.
The value of Africa is well recognized by European countries and China. German Prime-Minister Angela Merkel has said, “Beyond simple economic aid, Europe needs to build a new partnership with Africa.” For quite some time, China has aided many African countries through providing landmark buildings and stadiums for free. Among others, it has built the Presidential Palace in Equatorial Guinea and a large Stadium in Senegal. China’s foreign direct investment (FDI) in Africa was already $1.6 billion in 2005. Total official development assistance (ODA) to Africa by China was the largest at $20 billion during 2007-2009. Korea’s ODA in 2009 was $94 million for 39 African countries, which amounted to $2.41 million on the average. High officials of China visit African countries every year. China has 43 embassies in Africa, while Korea has only 14 embassies. More embassies and KOTRA offices should be built in Africa to facilitate diplomatic cooperation and economic growth for mutual benefits.
Africa is an outlet for Korea to expand its growth potential. Africa has various mineral resources that Korea needs. However, Korea imports only 4% of iron and 1% of coal from Africa. Korea is the 7th largest country in trade volume in the world and yet only 2% of Korea’s trade is with Africa. African countries want to learn from Korea’s successful economic growth. For example, Ghana was better off than Korea in 1960, but its per capita GDP in 2009 stood at only $1,023 compared to $17,080 of Korea.
Korea can offer its experience and know-how of economic development to Africa. African countries are still agrarian societies. Korea can teach its agricultural skill and organization of new-village (SaeMaUl) movement. Koreans can donate books, libraries, and scholarships. One media group in Korea is campaigning for building 1,000 libraries and hospitals in Africa under the flag of “Vision Korea: Colorful Africa.”
It is estimated that building one library would cost only 30 million Korean Won. Korean companies can participate in building social overhead capital such as highways and bridges. Considering the fact that there is only one university in over 15 African countries, Korean research institutes and universities including KMU can contribute to expanding the educational horizon in African countries by exchanging students and scholars. Africa can be a good new source of foreign students for KMU in the future. 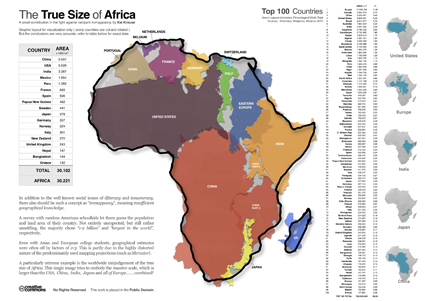