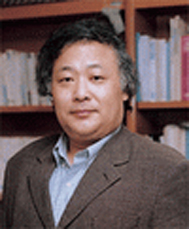 It is an undisputed truth that Korea is a democratic country. However, there is room to be disputed about whether Korea has achieved true democracy. Although there are diverse opinions about it according to the viewpoint taken, I want to share two opinions.
If it is admitted that true democracy has not been achieved in our country, I think the first major reason is that the tendency of our people is, on the whole, not individualistic but collectivistic. It goes without saying that young people these days have become more individualistic. It is certain that they want to express their own opinions and thoughts more strongly than ever. However despite this new tendency, it is not off the mark to say that collectivism is deeply rooted in our blood and brains.

Why is it so? In a word, it can be attributed to the fact that the land is small, and the idea that we are all one race has governed our consciousness. Most of the population has lived poorly and gathered together to form a community, and this phenomenon has lasted a long time. When something, good or bad, happened, people shared a part of it one way or the other. Our collectivistic tendency evolves from this, and it has been embedded in our DNA.
True democracy can be attained in a situation that an individual is able to speak his own thoughts and opinions freely. However Korea, the notion that I am I, and you are you, the notion that is fundamental to true individualism, is yet to be settled. According to our collectivistic thinking, a person who has his own opinion is usually considered to be an egoist, and is isolated more often than not. According to our collectivistic thinking, there can’t be any special reason that you and I are different. If someone succeeds, others congratulate him on the one hand, but on the other hand, they don’t fail to compare themselves to him and think there’s no big difference between themselves and him and like to underestimate him one way or another.

This tendency of collectivistic thinking has both positive and negative sides. The tendency itself is the source of the gluey feeling among Korean people called “jung,” which is allegedly the most representative virtue of Korean people while it is also the source of pointless competitive mentality and egocentrism, which may sound contradictory but is true. Korean people are bound with each other by “jung,” but at the same time they incessantly compare themselves with others and don’t like to get the feeling that they are left behind, which is why Korean people could care less about others.

I would say that the second and more important reason why true democracy has not been achieved in Korea is that reasonable consensus is hard to get in our society. However, the reason why reasonable consensus is hard to get is directly involved with the negative side of the collectivistic attitude of Korean people that I have spoken about above. Individualism is not egotism by any means. Its essence lies in mutual consideration and respect. As much as one puts forth his own thought and opinion, he listens to and respects the thoughts and opinions of others and takes from them what he thinks is better and more reasonable. When we become more individualistic in this way, our mission will be accomplished “Democracy Completed.”

Source : THE KOOKMIN REVIEW No. 221
Prev