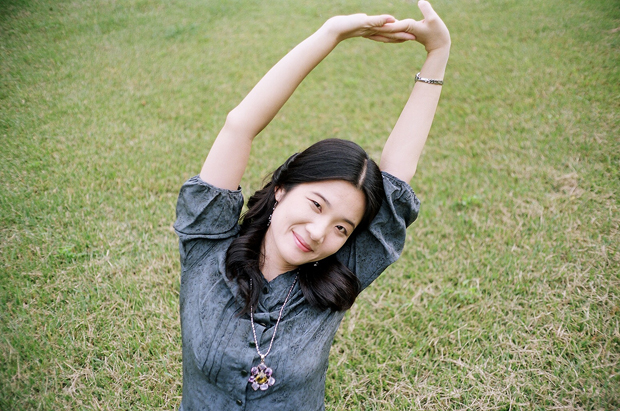 Gwak Ah-Ram is a reporter at The Chosun Ilbo. She was born in Busan in 1979 and raised in Jinju, Gyungnam province. She is a graduate of Seoul National University, where she studied in the Department of Archaeology and Art History. She also completed the master's certificate program of the Department of Archaeology and Art History at the same university. Entering The Chosun Ilbo in January of 2003, she passed through the department of society, the Internet news, editorial and so on. In 2008, she wrote a series of articles that introduced masterpieces of art history in The Chosun Ilbo’s weekend section, ‘Why’. Now she has been writing articles on art and literature. She has also published books: 『I Read Books Every Moment When I Am Waiting』(모든 기다림의 순간 나는 책을 읽는다, 2009) and 『The Painting of Her』(그림이 그녀에게,2008). Edited profile from her book, 『 I Read Books Every Moment When I Am Waiting 』

As we can see in your profile, you studied in the Dept. of Archaeology and Art History, and joined the newspaper company. Why did you choose to be a reporter? There are many occupations related to art such as an art critic or curator. Did you wanted to be a reporter? What inspired you to become a reporter?
Since I was in high school, I‘ve always thought vaguely, ‘I want to be a reporter’. Contemplating whether or not go to a graduate school, I set my heart on getting a job because the future seemed to be unclear for continuing study. I thought a newspaper office was the best place for those who did ‘humanities’ to start their career to make the most of their special abilities. As I liked writing, I naturally gravitated towards the job. Furthermore, the idea that I could live intensely, which was the fantasy of a university student, played a big part.

How did you prepare for the recruitment exam to enter the company?
The people who are preparing for the press exam generally organize a study group. Members pick a topic and write essays. They practice writing compositions, criticize them and share information about the exams. I also got ready for the exam in that way. However, I actually got great help not from the study group but from my usual life; writing reports with diligence while attending school, and scribbling essays from time to time when I got bored.

One former journalist said to a reporter at the Review, ‘Since reporters have to get an exclusive story, it is hard to be a reporter in the culture section and you have to build your career in other departments before working in the culture section. Is it really harder to be an art journalist than in the other fields, for instance: National, Politics, Business, etc?
I don’t know exactly what the context of ‘Since Reporters have to get an exclusive story…’ is; he might have said that because it is better to join the culture section after receiving basic training as a reporter like fact-checking or interviewing. I believe that for beginners, it is crucial to lay the ground by serving as a reporter in the society department. I don’t think it is hard to be a culture reporter. It is just one of many departments in the newspaper.

At Kookmin University, KMU PRESS publishes newspapers written in Korean once every two weeks and The Kookmin Review releases a monthly English newspaper. In contrast, most of the major presses, including The Chosun Ilbo and The Hankyoreh are daily newspapers. Considering the difference between university presses and established presses, it appears people working in a daily newspaper have a much tighter schedule. Could you tell us about the daily schedule of a reporter?
Though it depends on the department, in my case, I have some time to spare in the morning. My work begins at 10 a.m. and I finish my articles at 4 p.m. The newspapers are printed several times going through the overnight editorial process: Arranging the articles and inserting the photos and illustrations based on the advertising spaces, so when I write a top article in a section I usually work late until around midnight. We often edit our articles at night, and lunch and dinner is also an extension of work because we have meals with the sources of news in many cases.

How many articles does a reporter write in a week?
The number of the articles depends on the situation. It is not fixed. If there are big issues in the department that we belong to, we write many articles, and if there are not, we write few articles.

How are the topics distributed to the journalists?
For example, in our culture department, each reporter takes up their field; there is a wide range of fields: Literature, art, religion, publication, performance, classical music, cultural assets and so on. 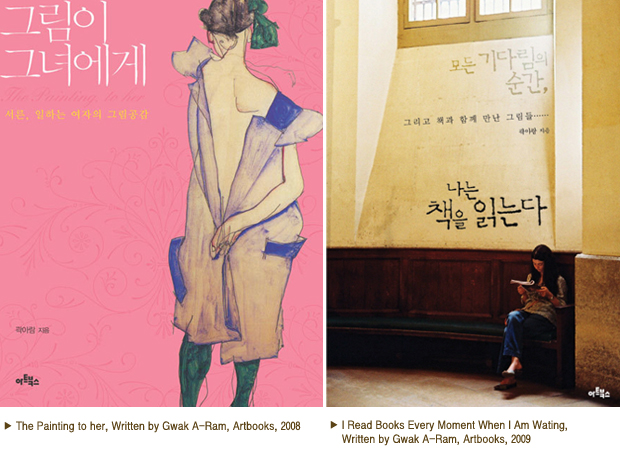 How do you come up with ideas on your articles?
I squeeze a plan for articles out of my brain, or write articles about some events like art exhibitions. I get ideas in various ways.

What is the advantage of working as an art reporter?
Art reporters basically cover all aspects of art: Art exhibitions, art auctions, the current trend of artists and others. I think the benefit is that I can learn contemporary art while experiencing the real trend of it.

You’ve written numerous articles since you entered The Chosun Ilbo in 2003. What was the most difficult thing in serving as a reporter?
The part where I cannot predict my schedule is the toughest. I can’t anticipate what will happen. For example, if a famous artist dies suddenly, I should go right back to the office and publish articles even if I am having a dinner with my friend. So, these unpredictable incidents occurring are the hardest for me.

Working as an art reporter, you have had business trips to diverse countries such as the U.K, America and Hong Kong and have interviewed leading figures in art. Who was your most impressive interviewee and why?
An American architect named Frank Gehry was my most memorable interviewee. I had difficulty in taking photos of him because he was a kind of a fastidious person. I also worried that he would end up leaving during the interview. However, contrary to my expectation, the interview panned out pleasantly and satisfactorily.

Frank Gehry is a Canadian-American architect. He was born in Canada in 1929. He is well known for the deconstructed architectural style with bold curves. His famous buildings are the Guggenheim Museum in Bilbao, Spain, Walt Disney Concert Hall in downtown Los Angeles, and his private house in Santa Monica, California. He has been awarded prestigious prizes such as the Pritzker Architecture Prize, 1990 and the American Institute of Architects Gold Medal, 1999.

Could you tell us from the perspective of an incumbent journalist, what capabilities would be necessary for students to have who want to be reporters, and what they should prepare during their college years?
I’d like to say read much, and write a lot. It seems ability to look at things broadly and meeting many people is needed. Furthermore, the workload tends to be significantly huge, thus I would prefer not to recommend this job for those who want to keep composure and take time in their lives.

Gwak Ah-Ram told her story ranging from how she decided in her mind to be a reporter, to her daily life schedule as a journalist, with heartfelt advice to students. She is a heartwarming journalist and essayist who loves art and books. Her books are also available in the Sung-Kok library: 『 I Read Books Every Moment When I Am Waiting 』(모든 기다림의 순간 나는 책을 읽는다, 2009)028.9 곽61ㄴ and 『The Painting of Her』(그림이 그녀에게,2008)811.86곽61ㄱ.