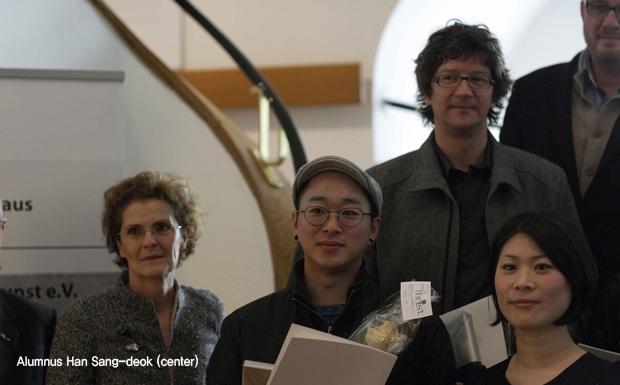 Alumnus Han Sang-deok won the Youth Promotion Prize given to a new artist, while student Jeong Chang-gon received the honor of being the finalist in the competition and further participate in the travelling exhibition to be held in Germany and Norway.

International Silber Triennale is an open exhibition for silverware that has been held triennially since1965 in Hanau, one of the traditional noble metal cities.

German Goldsmiths Art Association opened its first exhibition introducing the international trends of silversmith with the theme of European Silver, Handmade in 1965. Since then, it has been opening the exhibition regularly every three years for the past 50 years. From the beginning until now, the exhibition is being opened under the sponsorship of Hanau City and German Goldsmiths’ House. Since 1968, the event adopted its official name of Silver Triennial. It was declared as an international convention for the first time in 1992 when the 10th Silver Triennial was opened. Thanks to the positive sponsorship by the relevant industry, fairly large prizes were given to this year’s winners. In this 17th Silver Triennial, 7,000 Euros and 4,000 Euros were donated by Lions Club Hanau (continued from last year) and Robbe & Berking respectively, and these prizes were given to the 3 Youth Promotion Prize winners (Han Sang-deok and two others) and one finalist respectively.

112 silversmith artists and metal designers from 22 countries are reported to have submitted their entries to this open competition, and the panel of judges consisting of globally recognized top-class professionals selected the winners and finalist who can participate in the exhibition. Especially in this open competition, they are reported to have focused on the 'work that not only embodies the fundamental feature and meaning of metal crafting but also pursues new idea’

Han Sang-deok, who is actively engaged in the artwork industry both locally and internationally since finishing graduate school in 2008, said "It is a great honor to win the 2nd prize because I have never thought about winning as the competition focused on the proposed article. Considering that my work similar to a sculpture receives the prize, then the area of evaluation mainly depends on the formative feature of article"

These prize-winning works that are first introduced in the German House of Goldsmithery in Hanau will be exhibited in the National Museum of Decorative Arts, Trondheim Norway, and finally in Ambiente Frankfurt 2014 and Inhorgenta Munich 2014. 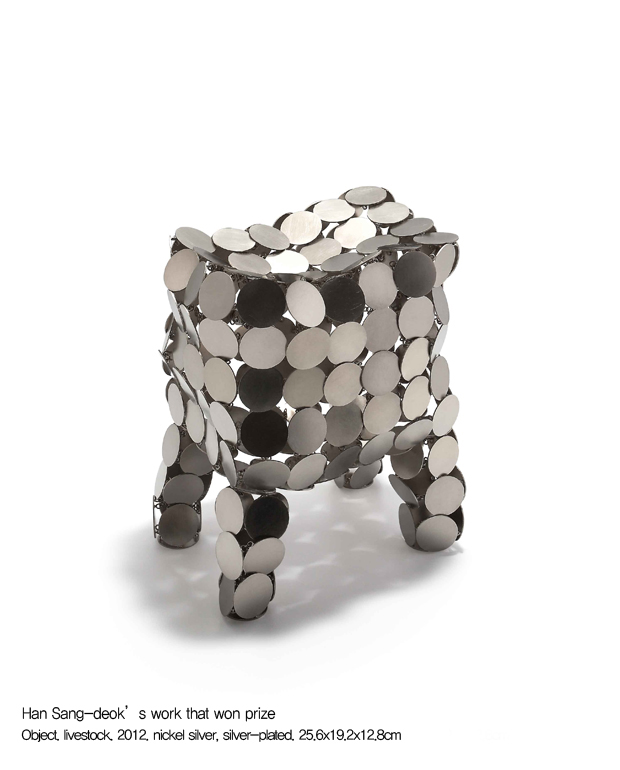 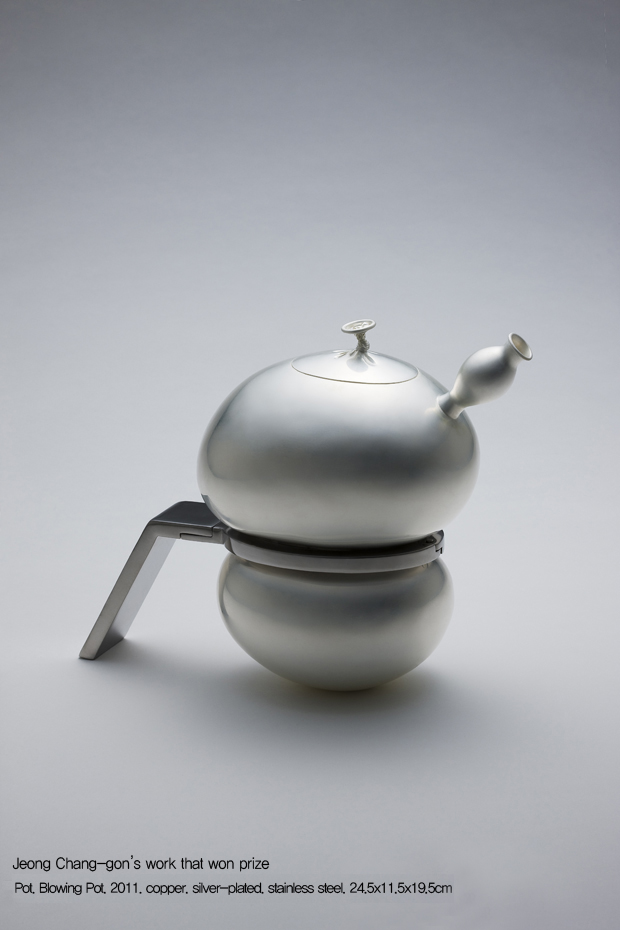