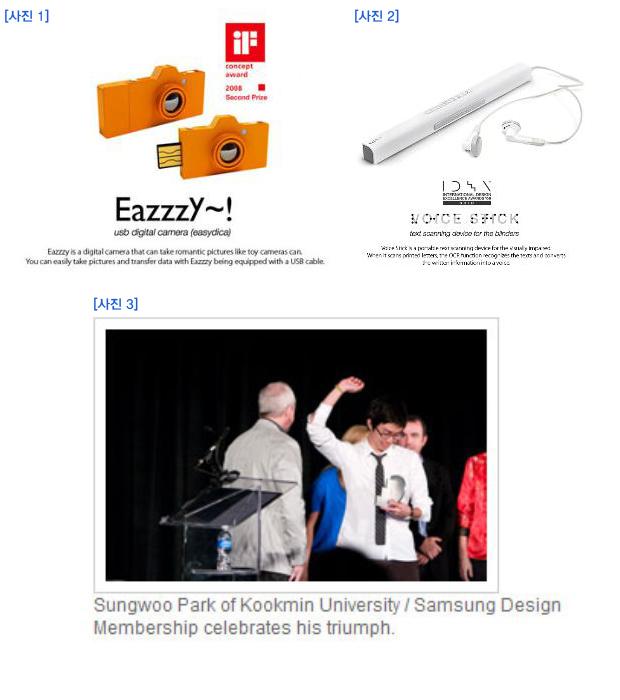 Both in national and international design awards, multi-prized winner Park Sung-woo of KMU awarded once again as the competent person of Korea 2008. He awarded in numbers of national competitions, Red-dot, IF, and IDEA.

This prize for talented human resources recognized since 2001; grandly begins as the Presidential Awards from the Minister’s this year.

According to Park, he will put his effort to create designs of warm-hearted humanity.

Awards and ceremony will proceed in the middle of November with President Lee Myung-bak; winners will get medals or trophies, and scholarship.